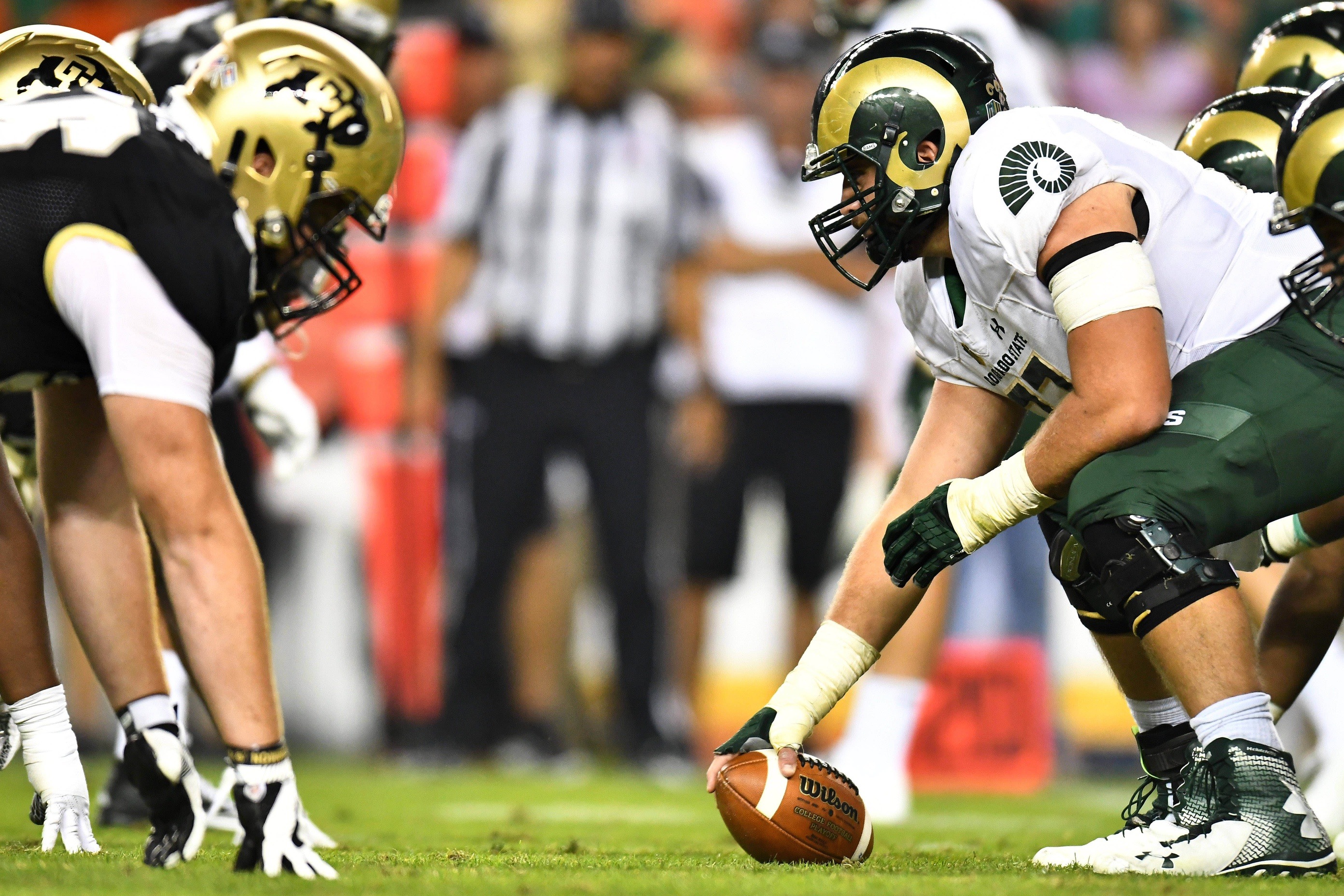 When Colorado State takes the field on Friday, it will have been 1,827 days since the Rams last defeated the University of Colorado. Led by quarterback Garrett Grayson and Alabama transfer running back Dee Hart, CSU defeated their in-state foes, 31-17, on August 29, 2014.

Since that memorable performance under then-head coach Jim McElwain—he bolted for Gator Country four months later — the Rams have lost four consecutive Rocky Mountain Showdowns. What’s worse, CU won two of those games by 30+ points, and three of four have been decided by at least two possessions.

Having never come out on top, Mike Bobo is under immense pressure from the fans to beat CU this year.  The 45-year-old head coach has guided CSU to the postseason in three of the four seasons he’s been in Fort Collins but has failed to win any of those bowl games. Combined with a 2-10 record against Air Force, Boise State and Wyoming, it’s safe to say that the Ram Faithful are running low on patience.

Realistically, the Week 1 matchup shouldn’t be CSU’s primary focus — wins over the Falcons and Cowboys impact the season significantly more — not to mention that the path to a Mountain West Championship still runs through Boise, ID. If CSU lost to CU but managed to top two or three of their conference rivals, it would still be a successful campaign, especially if the Rams reached the postseason.

To say that this game does not matter at all would be ignorant, though. Historically, when CSU beats CU, it usually means that the green and gold are strong that season. Since 2000, the Rams have won 10 or more games on three occasions, and in each of those years, CSU came out victorious in the RMS.

But for one minute, let’s ignore the numbers and think about the deeper context of this game and why it really matters for CSU to at least be competitive.

The key to consistent attendance has always been and will always be winning. If the team is good, fans will show up, no matter where the game is being played.

Luckily for the Rams, the university stepped up in a major way with the completion of Canvas Stadium. Of all the non-Power 5 programs, CSU is definitely near the top of the list when it comes to the overall quality of their facilities. So lack of infrastructure shouldn’t ever be what holds CSU back.

Obviously, those great resources come with great expectations. But more importantly, those resources don’t guarantee a damn thing. It’s great that CSU has a gorgeous on-campus stadium — as we saw in 2018, though, if the Rams aren’t winning, the fans aren’t going to keep coming.

Playing devil’s advocate, attendance around the country is plummeting as a whole and the issue isn’t unique to CSU. In 2018, college football saw its largest attendance dip in 34 years.

But in a state where there are a plethora of outdoor activities to participate in during the fall, the pressure to get off to a fast start is even more significant to the chances of earning attendance from casual fans.

In 2017, CSU benefitted from the excitement of it being Season 1 in the on-campus stadium. The allure doesn’t last forever. If CSU wants to fill the stands in 2019, it’s going to take a competitive football team.

Fair or not, the winning culture that’s been established by the Denver Broncos makes it so that all the other teams in the state have to compete for attention. It doesn’t matter if it’s the other pro teams or amateurs if they aren’t exciting, they’re going to slowly fade into local irrelevance — just ask the Colorado Rockies.

Coming off of a 3-9 year, most local sports pundits have already dismissed CSU before the 2019 season has even started. Following last week’s media luncheon at the Blake Street Tavern, both major radio stations in town discussed the landscape of college football along the Front Range, and the ratio of Buffs to Rams-talk was about 5:1.

Now, also consider that the ratio of Broncos-talk to literally anything else in the Mile High City is at least 10:1, and it’s easy to recognize the uphill climb CSU is facing when it comes to local relevancy.

This is nothing new, CSU diehards know the drill. If CSU loses by double digits in Week 1, though, don’t expect to hear much about the Rams in the Denver sports scene moving forward.

The NCAA is unquestionably a shady institution that continually finds ways to exploit student-athletes while raking in billions in revenue. Not allowing players to receive profits from their likeliness or pursue outside endorsement opportunities is both unfair and wrong.

Part of what makes college sports so special, though, is that the teams are playing for pride. As so many of the Rams players have made it clear during fall camp, the guys will be out there playing for their “brothers”.

Max McDonald (senior linebacker) and Logan Stewart (junior safety) dreamed of representing the Rams in the Rocky Mountain Showdown as children.  For players like them, these games will be some of the greatest moments of their lives.

So while it’s easy to get caught up in all that’s wrong with the state of college athletics, we need to always remember that the love of the game and community is what drives the vast majority of student-athletes to compete.

Beating CU would mean a lot to the fans. Still, winning would mean so much more to the guys in the locker room that endured the struggles of 2018. We’ve heard all about how the culture is improved and that players are more bonded this season. Much of that progress could be undone with a poor showing against CU. Or a strong showing could just as easily be what propels the Rams forward.

If it hasn’t been made abundantly clear, this rivalry matters…a lot. CU owns a significant lead in the all-time series, but since Sonny Lubick took over as head coach in 1993, the nearly-annual in-state game has traditionally been pretty competitive — and to an extent, this is what has hurt Bobo’s case with the fans.

Considering CU has won three times as many games over CSU than the other way around, the fact that Bobo hasn’t found a way to beat the Buffs yet shouldn’t really be as contentious of a talking point as it seems to be with the Ram Faithful.

Plenty of former CSU coaches have struggled to win the RMS over the years, including Lubick — Sonny didn’t beat CU until his fifth try. The key difference is Lubick was facing much more talented Buffs teams back then.

In the last decade, CU has only qualified for one bowl game but the Rams haven’t taken advantage and have gone an underwhelming 3-7 in the RMS since 2009. As a result, CSU fans rightfully feel that their squad has underperformed — particularly after Jim McElwain was able to steal a pair of wins over CU just a few years back (2012 and 2014).

Beating CU wouldn’t necessarily completely redeem Bobo in the eyes of his critics but it would probably slow the mobs from sharpening their pitchforks and taking to the streets. At the very least, as long as the Rams represent themselves well in Denver, the game can do wonders for CSU’s confidence, even in a losing effort.