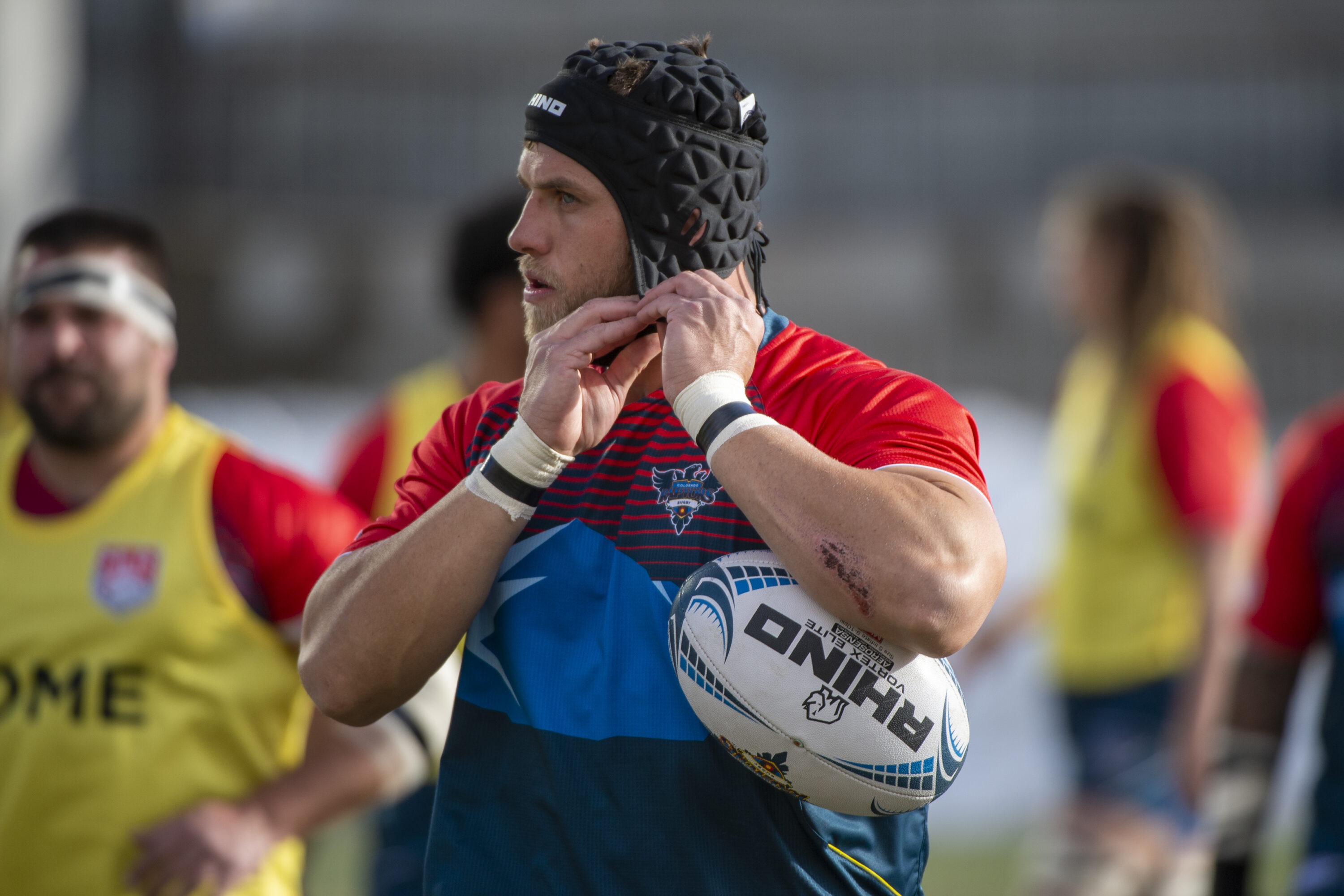 When the Colorado Raptors announced their intention to withdraw from Major League Rugby back on April 9, it left people with several different questions.

Several of those questions remain unanswered some three months later, but one thing that we continue to learn about is where the players that made up the 2020 version of the Raptors will be playing their rugby in 2021.

Even with the absence of the Raptors, Major League Rugby will grow from 12 teams to 13 teams when they resume play in 2021 as the Dallas Jackals and the Los Angeles Giltinis have joined the competition.

There is a good chance that a significant portion of those teams will be made up of former Raptors players that are looking for new places to continue their rugby career with Colorado off the table. Dallas and Los Angeles received the first crack at the Raptors as a part of a dispersal draft that took place not long after Colorado’s announcement.

Dallas and LA took alternated picks until Colorado’s roster was shaken down, and now we are beginning to see who will be donning another team’s jersey when 2021 rolls around. Just because a player may have been drafted to a specific team does not mean that’s where he will end up, though. If a deal was not hammered out in the allotted time frame after the dispersal draft, that player became a free agent and was free to sign with whatever team they please.

Kody O’Neil joins the Jackals after three extremely productive seasons with the Raptors. During those three seasons, O’Neil totaled 91 ball carries for one try and made 180 tackles on defense. He had only missed one tackle in the five matches the Raptors played in 2020 before the season was canceled.

Click the link to read more about the newest Dallas Jackal!https://t.co/CWHq3vzeWP pic.twitter.com/YNc6wcWulw

Chad Gough was in the middle of an outstanding second season with the Raptors before the season was called off in March. He finished the 2020 season with 27 ball carries for 113 meters and 44 tackles. In his two seasons with the Raptors, Gough totaled 87 ball carries for 722 meters and four tries while also making 108 tackles. Dallas found themselves an extremely valuable hooker who is chomping at the bit to take over the starting role.

SIGNED: Proud to announce Chad Gough will be a Jackal for the 2021 season!

Chad London was one of the best players on the Raptors’ roster during their three seasons in the MLR. He’s a reliable center that produces when he’s on the pitch. Through the first three MLR seasons, London carried the ball 149 times for six tries while also making 214 tackles on the defensive side of the ball. In 2019 alone, London carried the ball 89 times for 1,0111 meters and four tries on attack. On defense, he made 110 tackles. The Jackals hit a home run with this signing.

Kelepi Fifita spent all three of his first three years in Major League Rugby as a member of the Raptors and turned himself into a solid prop. Fifita’s best season as a Raptor came in 2018. He finished that season with 42 carries for one try while also making 68 tackles to help the Raptors advance to the inaugural Major League Rugby championship. Fifita finished his Raptors career with 104 carries, 168 tackles, and one try.

Carlo de Nysschen joined the Raptors in 2017 as a part of their academy program. After two years of development with the Glendale Merlins, de Nysschen made his Major League Rugby debut during the 2019 season. He appeared in 11 matches in 2019, totaling 33 carries for 228 meters and two tries while also making 37 tackles on defense. The scrum-half played in all five of the matches that the Raptors played in 2020, finishing with 11 carries for 48 meters and 22 tackles on defense. At just 24 years old, the Jackals have secured themselves a quality scrum-half for years to come.

SIGNED: Carlo De Nysschen joins the pack for the 2021 season! ✍🏼

20-year-old Ryan James is a product of the Glendale Raptors Rugby Academy. For being just 20 years old, James has played some high-level rugby all over the world. The two-time High School All-American played the 2017 and 2018 seasons in the Raptors Rugby Academy before joining the San Diego Legion Academy for 2019. He signed his first professional contract with the Raptors ahead of the 2020 season. He appeared in one match for the Raptors in 2020 while continuing to play for the Glendale Merlins. The sky is the limit for James in Dallas.

Campbell Johnstone is another product of the Raptors U23 Academy. Johnstone played the 2018 season with the Academy before signing a Major League Rugby contract with the Raptors prior to the 2019 season. The 21-year-old wing appeared in two matches in 2019, totaling four carries for 22 meters and making four tackles. He did not see the field in the five matches the Raptors played in the abbreviated 2020 season. Johnstone is another good, young piece for the Jackals to build around as they find their footing in MLR.

Plans for 2021 have changed for center Robbie Petzer. After previously announcing on the DNVR Rugby Podcast that he would be joining the Tokyo Gas of Japan’s Top East League in 2021, the Dallas Jackals announced that Petzer would be heading to Texas for the 2021 MLR season. Petzer was one of the Raptors most productive players on the field since he joined the team in 2019. He finished his Raptors career with 101 carries for 886 meters gained and five tries in 19 appearances. He scored 106 points for the Raptors and made 115 tackles.

SIGNED: Proud to announce Robbie Petzer will be a Jackal for the 2021 season!

Unlike the Jackals, the Giltinis have not been public with their signings to this point. Their social media accounts have been dormant since the MLR Draft occurred on June 13, so it hasn’t been as easy to keep up with their signings to this point. While I know for a fact there will be a few former Raptors soaking up the sun in L.A. come 2021, there has only been one player that has confirmed on the record that they will be a Giltini next season.

Blake Rogers spent the first three years of Major League Rugby as a member of the Raptors and confirmed on The MLR Rant podcast last month that he will be suiting up as a Giltini in Los Angeles next spring. Rogers was sidelined for the 2020 season after tearing his pectoral muscle in a preseason match in Las Vegas, but was a productive player through his first two seasons. He finishes his Raptors’ career with 109 carries and 136 tackles. In 2019 alone, Rogers carried the ball 68 times for 376 meters and made 58 tackles.

Nick Boyer announced on the DNVR Rugby Podcast that he will play his rugby with the Los Angeles Giltinis in 2021 after being selected in the dispersal draft that took place shortly after the Raptors announced their decision to withdraw from Major League Rugby. Boyer played for the Raptors prior to the existence of MLR but signed with the San Diego Legion for the inaugural season in 2018. After two years with the Legion, Boyer returned to the Raptors and was off to a hot start in 2020. He appeared in all five matches that made up the shortened 2020 season, scoring two tries on 14 carries for 97 meters. He finished the 2020 season with 16 tackles on defense.

While the Jackals and Giltinis will most likely be the two teams that carry the most former Raptors in 2021, there will be several players that wind up playing for other teams in Major League Rugby and across the globe.

Sakaria Taulafo was one of the most experienced players the Raptors fielded in 2020. He came to the Raptors with 44 caps for Samoa with stops at Nelson Bays, Tasman, London Wasps, and Stade Français. The 37-year-old prop appeared in all five matches that the Raptors played in 2020 and totaled 13 ball carries for 52 meters while making 19 tackles on defense. He missed just one tackle in 2020.

🇺🇸 ➡️ 🇯🇵 ✔️⁠ ⁠ BSMI are delighted to have extended our partnership with 6 Talent in to another major market & a third continent, as we announce this exciting move for Michael Curry Jr. Michael will link up with Shokki Shuttles ahead of the 2021 campaign.⁠ ⁠ #BSMIAllAboutTheJourney #BSMIrugby #BSMIx6Talent

Michael Curry becomes the second Raptor to head to Japan for 2021 after his agency announced on Instagram that he had signed with the Toyota Industries Shuttles of Japan’s Top Challenge League. Curry started four matches in 2020 and appeared in all five of the matches that the Raptors played during the shortened season. In his lone season with the Raptors, the 26-year-old second-rower totaled 108 meters on 25 ball carries and made 34 tackles on defense.

Welcome to a New England @seanyacoubian

A two time All-American, Sean joins the Free Jacks from the Colorado Raptors.

Sean Yacoubian will head up to New England for the 2021 season after spending the 2020 season with the Raptors. Originally from Scotland, the 26-year-old scrum-half spent his final three years of college at St. Mary’s College of California where he earned Collegiate All-American honors. Yacoubian earned 20 minutes of match time in Colorado’s Round 4 win over the Utah Warriors.

THIS ARTICLE WILL BE UPDATED AS MORE SIGNINGS ARE ANNOUNCED