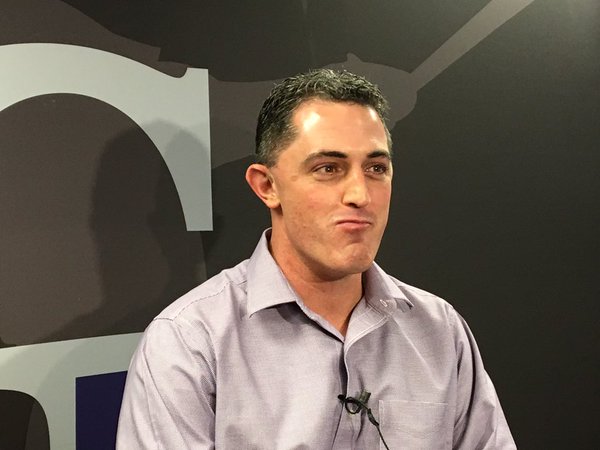 Winter is coming and never has it meant more.

The Old Farmer’s Almanac hints at colder days ahead during a time of pandemic in which most people are safer indoors than outdoors, regardless of how many layers of clothes protect them from the elements.

The Gospel According to Ken Rosenthal – and numerous other journalists – details a challenging position for the Players’ Association following claims of billion dollar losses by their bosses. The literal stance is for wages to be shrunk, if not entirely frozen, and between the lines a possibility at work stoppage looms on the horizon of a frigid tundra.

For Colorado, owner Dick Monfort has already communicated that a tightening of the purse strings will have direct impact on his club and the non-tendering of contracts to previously integral players such as David Dahl and Tony Wolters convey exactly that.

The Rockies have been active this offseason with additions on the 40-man roster so far, with acquisitions of relievers RHP Robert Stephenson and LHP Yoan Aybar in separate trades while non-roster invites such as RHP Dereck Rodriguez, LHP Brian Gonzalez, C José Briceño, and IF/OF Connor Joe look to add depth behind Colorado’s more notable names.

It will take a lot more moves to correct a trend of down seasons that has taken a postseason contender in consecutive seasons (2017-18) to one that that has finished at the bottom of the National League the last two seasons (12th in 2019, 13th in 2020).

Creasman vs. Lyons. Falls Count Anywhere… but certainly not in the lobby of the Omni Dallas as, well, ya know. See you in Zoom.

How much will Winter Meetings being virtual factor into Rockies’ plans?

Lyons: Pressing palms with industry insiders and breaking bread with other organizations is certainly an integral part of all unions during the Winter Meetings.

However, it’s not like front offices don’t know how to use a phone. Plus, the General Managers Meeting already occurred last month – also virtual – and this obviously provided some opportunity for trades to be bandied about (and likely when the Rockies’ deals with Cincinnati and Boston were first broached).

The biggest impact of a virtual format is for those in the minor leagues who use this week to find prospective job applicants at the PBEO Job Fair, kick the tires on various new products at the Baseball Trade Show, and spend a little quality time with those from their industry.

Alas, the minors gets the shaft once more.

Creasman: The impact of going virtual won’t be much, but we know they aren’t exactly on the cutting edge of modern technology, these Rockies.

As Patrick notes, the biggest problem is likely to come on the minor league side where things continue to get more and more confusing for everyone involved. With Colorado needing to build internally more than others around the game, this has potential to be a real bummer.

On the flip side, the unique negotiating environment this offseason could be the boost that embattled GM Jeff Bridich needs. With lots of players already being undervalued within this new set-up, Bridich could seize the opportunity to snatch up a few players he wouldn’t normally have been able in previous years.

Though these new players won’t be world-beaters, the strategy for acquiring those remains largely the same.

Yet when it comes to the depth pieces – something Colorado needs arguably more than anything else – there will be ample opportunity to get creative and better the team. The question is whether or not they will take advantage of it.

Might we expect any moderate to major transactions by Colorado?

Lyons: The Rockies will continue to the pick the bones for scraps left behind by other clubs as the payroll remains in a state of flux.

With $127 million on the books for next season – and Nolan Arenado ($35M) making more than a quarter of that sum – there’s already a heavy commitment to on-field talent.

Should a trade of Arenado finally come to fruition, the financial relief could allow Colorado to dip their toes into the water of proper free agency.

Until then, expect the third quiet offseason in a row.

Creasman: I really don’t think we know what kind of transactions we’ll see from our pals in purple.

The money-driven decisions to cut David Dahl, Tony Wolters, and Chi Chi González saved the Rockies about $6 million, and either they’ll pocket that difference or they’ll spend it. Until then, its anyone’s guess.

That Colorado has been making more moves on the depth side lately – i.e. Rodriguez, Stephenson, Gonzalez, and Aybar for the bullpen – even suggests a specific area where we can expect to see resources used.

Bridich also mentioned in the ensuing press conference that the club will look to add at the catcher position.

Because owners in baseball keep their books closed and have been crying poor more than usual in these pandemic times, we really just don’t know what to expect from anyone.

At this point, signing a dude you’ve heard of for anything more than a few million seems like it would be a surprise for your favorite franchise.

In 2015, they selected RHP Luis Perdomo and quickly dealt him to San Diego for some cash; a year prior, OF Mark Canha was flipped to Oakland for RHP Austin House and cash.

While those moves helped the receiving teams a heck of a lot more, this strategy has been a decent asset for which the organization has utilized.

This year, with two roster spots open on the 40-man roster and tons of potential scattered across the game, there’s an opportunity for the Rockies to poach a player with solid upside.

For once, it would be great for Colorado to take a player from the Yankees organization and have him shine in the purple variety of pinstripes. The best bet for that scenario is RHP Garrett Whitlock.

Before requiring Tommy John surgery in July 2019, the University of Alabama-Birmingham product was the 18th best prospect in New York’s system and had pitched to a 3.07 ERA in 14 starts with Double-A Trenton of the Eastern League. Whitlock is back to throwing and could become a solid option in the bullpen before potentially being stretched out as a starter in 2022.

While pitching should be the primary target, a lot of talented hitting prospects are cluttering the market for the Rockies and their eighth selection in Thursday’s Rule 5 Draft.

INF Omar Estevez was recently rated the 16th best prospect in the Los Angeles Dodgers system by Baseball America. After repeating the California League, the now-22 Cuban infielder did well with Double-A Tulsa, playing aside future World Series Champs Dustin May and Gavin Lux. Estevez can play a capable shortstop and might be comparable to Garrett Hampson with less speed and more power to the gaps.

OF Buddy Reed is a five-tool player with more swing-and-miss on his resume than typically desired, but the former Padres second-round selection in 2016 can shore up the Rockies defensive questions in center field as soon as his name is called on Thursday. He spent 2020 with Oakland at the alternative site following the Jurickson Profar deal.

Creasman: For reasons we’ve largely laid out here, it makes a ton of sense for the Rockies to get involved in the Rule 5 Draft this year as a way to build some talent without having to spend many resources.

If they are attempting to double or even triple down on the philosophy of getting as many quality pitchers as possible and attacking their biggest area of need right away (rather than trying to rebuild), a trio of lefty pitchers stands out.

Colorado’s organization is largely bereft of left-handing pitching, with Kyle Freeland finishing out 2020 as the only southpaw on the MLB roster during the final month of the season.

LHP Raymond Kerr can touch triple digits and has a wicked slider. The former Mariners farmhand has had walk issues which we all know will only get worse at Coors Field, but he’s certainly worth a look.

Similarly, LHP Matt Krook has a heavy sinker which has helped him induce a 60 percent ground ball rate throughout his minor league career with San Francisco and Tampa Bay while also averaging double-digit strikeouts per nine. The problem, once again, appears to be wildness.

LHP Braeden Ogle may be the safest bet and one of the best potential acquisitions of the whole draft. A fourth-round pick by Pittsburgh in 2016, the 23-year-old’s fastball gets to the upper 90s and he backs it up with a quality breaker. He doesn’t have the strikeout stuff of the other two but has much better walk numbers.

While Ogle is the youngest of the bunch, he has less experience against older hitters. Kerr and Krook have appeared in Triple-A, but both are 26 years old and have less projectability.