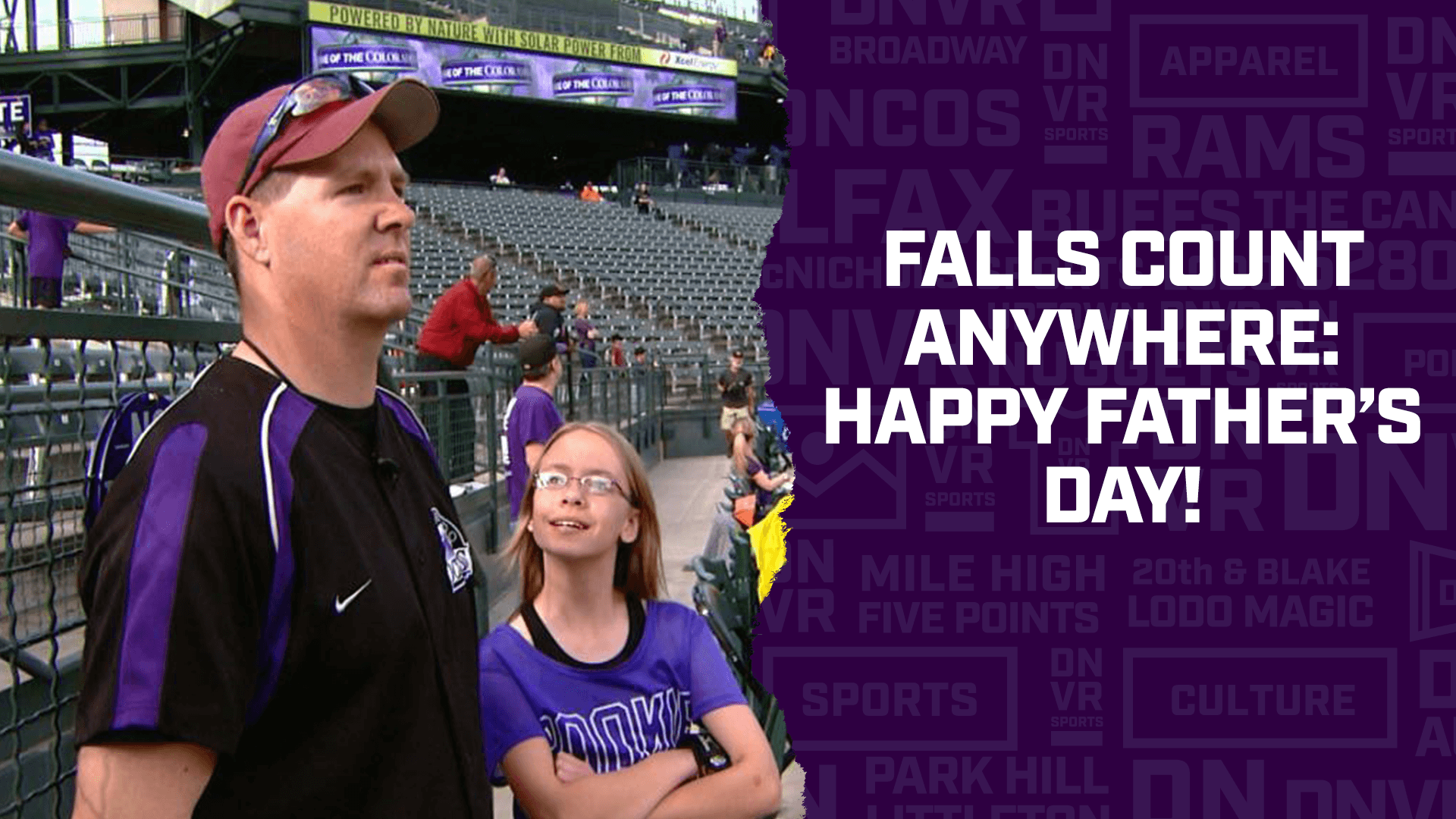 Falls Count Anywhere: Toasting the men on Father’s Day that raised us to be baseball fans on

While the world seems to crumble around us a little more each day, the one constant many of us can rely upon is our connection to sports thanks to the relationship with the man that helped raised us.

For the boys at DNVR Rockies, we raise a pint to Dennis Lyons and Larry Creasman.

Creasman vs. Lyons. Falls Count Anywhere… but today, it’ll probably be the garage or in the basement.

What is your earliest memory of baseball with your father?

Lyons: I had the luxury of my father as my first coach in Little League. We were the Athletics, so naturally we rooted for Oakland at the time. As such, players like Terry Steinbach and Mike Gallego will forever be special to us, in addition to the obvious stars of the franchise during that era.

My father was always very fair, all the time. He allowed every kid a chance to pitch or play whatever position they wanted. Even after I moved to a higher level a few years later, he continued to coach the team and let me participate as a coach with the Athletics, too. I had more fun doing that with him than I did playing with my peers.

At some point during adulthood, my father reminded me about getting hit by a pitch during my first season. I turned towards the pitcher and it whacked me in the stomach. While I have zero recollection of this moment, it certainly explains why I gravitated less towards being a hitter during my playing career and more towards pitching.

Creasman: Like millions of kids around the world, my earliest memory of baseball with my dad is having a simple game of catch out in front of our house.

We lived on a 10 acre plot outside of Grand Junction, CO in a place called East Orchard Mesa. It was mostly desert grassland covered with cactus and yucca plants. It was there we stood in a gravel driveway tossing around the baseball.

He couldn’t throw me grounders on gravel and I was too young to hit, but he got me going early on pop flies. He’d fire them high into the endless blue of the Colorado sky. They stayed up there for impossible length of time, long enough for me to fall in love with settling underneath them for the catch.

Mom was always there too, by the way.

And she needed to be the day the ball glanced off my glove and struck me directly in the face.

There was a brief pause before a blood-curdling scream. In my memory, I’ve never cried harder in my life.

They took me inside, cleaned me up and settled me down before I remembered my dad saying, “That’s the worst a baseball will ever make you feel.” Or something like that. “Now you’ll never have to be afraid of it again because you know it’s the worst it can do.”

And he was right.

Or maybe he was just covering his ass. Either way, it was well played.

Is there a favorite recollection of Dad at a baseball game?

Lyons: My father always encouraged my passion for the sport, even if that meant taking me to a baseball game on a week night after he had just worked a 12-hour day.

Each morning during the summer, I’d open our local newspaper in New Jersey to scour the previous night’s box scores and check that day’s starting pitchers. If Roger Clemens, Randy Johnson or any of Atlanta’s trio of aces – Greg Maddux, Tom Glavine and John Smoltz – were pitching that night in either New York or Philadelphia, it was a must for us to attend.

On August 11, 1994, we drove to Veterans Stadium to witness the last game before the impending players’ strike. It was a somber night that held some magic for us both as the Phillies and Mets locked in a 1-1 tie that eventually reached extra innings.

As the game continued, the out-of-town scoreboard updated the final scores across the country. Only the game in Oakland remained.

Both teams struggled to scratch a run across home plate and we silently hoped the game would never end so we could sit beside one another forever watching the game we loved so deeply.

Creasman: We went to so many baseball games over the years that it’s hard to hone in on one particular memory. They come to me in waves and snippets.

From tee ball until I “retired” at the ripe old age of 16, my dad never missed one of my games. Not one.

He never missed taking me to practice and watched most of them. I remember countless drives home that were filled with his baseball truisms: “you always have time to make a good throw” and “drive (a car) defensively, hit aggressively” and “every at-bat is a chance.”

He never said “no” went it came to baseball. Never declined to throwing me batting practice. Never about watching or talking about the game. Or talking about anything, now that I think about it.

From my earliest memories to his final days on this Earth, my dad used baseball as a teaching tool.

What would like the legacy of your father to be?

Lyons: In many ways, my father knows he created a baseball addict and he’s more than fine with that.

Every chance we get, we try to add onto the special memories we’ve had with one another over the years: our many trips to Cooperstown, various ballparks we’ve attended games and crazy stories along the way… like getting kicked out of the bleachers for fighting at a Yankees playoff game, but that’s a story for another day.

Every where I go and every thing I do within the wide-reaching world of baseball, my father is with me as we communicate through the motions and moments of the game of baseball.