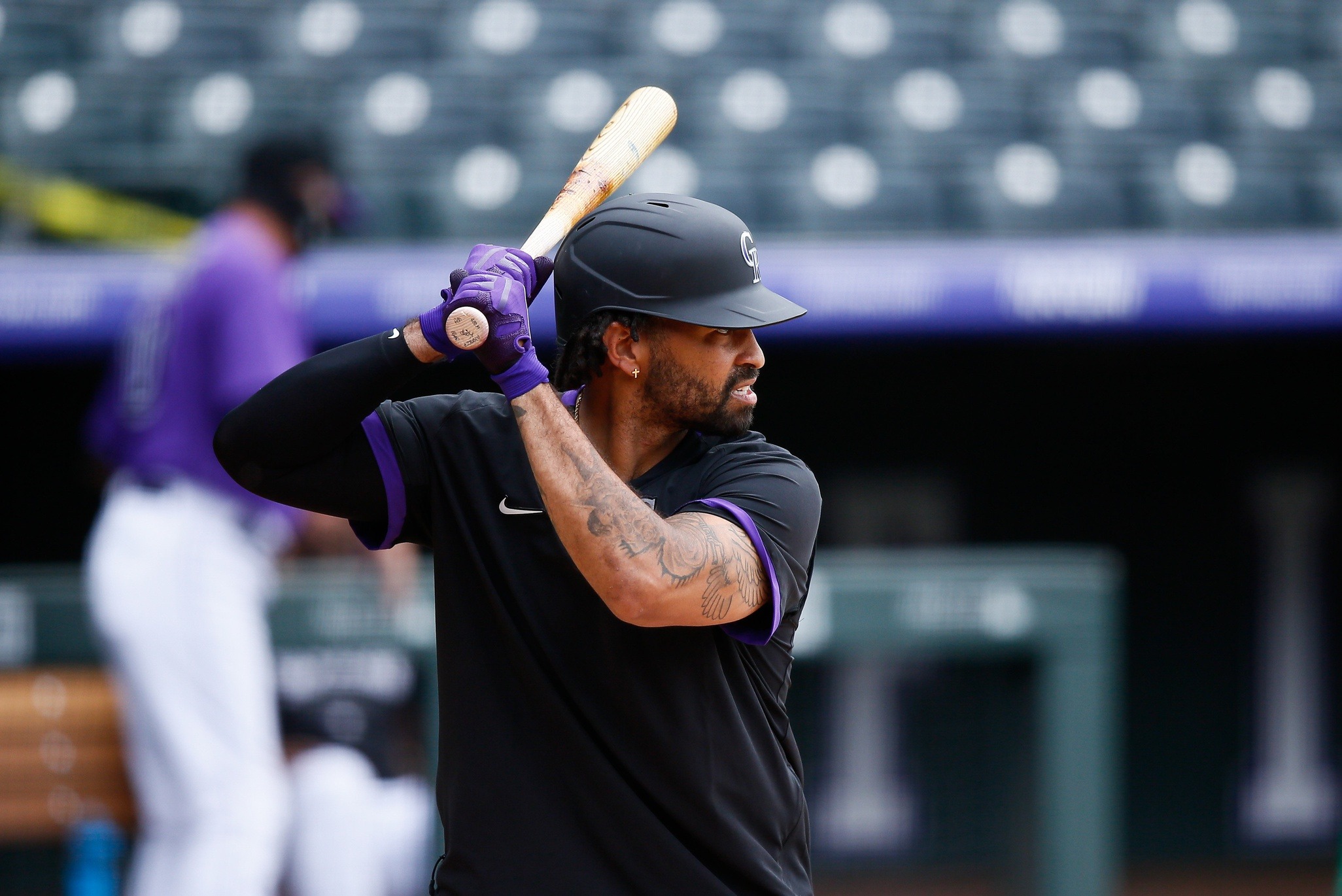 Falls Count Anywhere: Impacting the NL with the DH

Major League Baseball and the MLB Players’ Association may not have agreed on a lot before the July 23 date for Opening Day was set by Commissioner Rob Manfred.

Though the two sides couldn’t work out whether or not the advent of the designated hitter in the National League would benefit one side more than the other, Manfred decided the universal DH was a matter of health and safety, primarily for pitchers.

Next year, it all goes back to normal. Until then, let’s figure out if this is a good thing.

Creasman vs. Lyons. Falls Count Anywhere… but today, it’ll be in the batter’s box and not in the field.

Will the DH create a better version of the National League game?

Lyons: The National League style of game is dead, at least until 2021… then maybe again beginning in 2022 after the creation of the next collective bargaining agreement after December 2021.

The last remaining league in the world not to officially adopt the designated hitter will be fine without the inevitable sacrifice bunts of starting pitchers and the endless double-switches that confound scorecards in 15 NL cities across the country.

The universal DH will simply make the style of play for both leagues look a bit more similar. Even still, the contrast between the two only crept up every eight plate appearances, not enough to call each a drastically different version of one another.

By the new August 31 trade deadline, you won’t notice the change the play all that much, at least not until the possible reminder of the Rockies making a swap for a notable veteran to occupy their DH spot for the stretch run.

Creasman: In a vacuum? No. The game won’t be better, but it will be fairer.

I join the leagues of frustrated National League fans who will miss the added strategy and tactics that need to be employed when the pitcher has to hit. There is also something fundamentally upsetting to our competitive ideals when a guy gets to hurl a rock towards people all day at 95+ MPH and doesn’t have to endure that himself.

And we will also miss those handful of moments when the pitcher at-bat was the most entertaining part of the game. Sure, the vast majority of them are listless affairs, but that only makes the occasional pitcher double in the gap or the rarity of a home run that much more exciting.

I’ve been convinced over the years that the DH must become universal because the current system leaves NL teams at a major disadvantage when it comes to roster construction. Because we are never getting rid of it completely, this means I do indeed favor permanently adding the designated hitter to the National League.

If it were up to me, I’d get rid of the DH altogether.

Does the DH benefit the Rockies more than other teams?

Lyons: Once the universal designated hitter becomes a permanent fixture, Colorado may indeed reap the rewards with having one more professional batter in its lineup.

Consider the many cases of over-the-hill sluggers looking to hold on for one more milestone. Sure, an aging veteran that may or may not be finished probably won’t improve the club’s winning percentage in any given year, but it will create some special moments and help the organization put a few more Rockies in the Hall of Fame.

Rockies fans have seen one Hall of Famer in purple. Eventually, Todd Helton and assuredly Nolan Arenado will make two and three.

How great could it be to witness a player hit his 500th home run as a member of your franchise? To get extra specific, imagine Albert Pujols swatting his 700th home run at Coors Field in 2022.

The benefit might be purely financial, but the leadership and swagger a player of that caliber can bring to a franchise has the ability to alter the futures of everyone in the clubhouse for the better.

The first is speculation and yet to be proven out, but we know Colorado plays in a unique environment both in terms of their home ballpark and how much travel they have to do between extremely different environments.

It remains to be seen, but it logically follows that if the Rockies are more hampered by the physical grind of the game – data suggests they are – and anything that lessens that grind should benefit them disproportionately.

In other words, the extra recovery time given to players who can stay off their feet for long games (often longer at home) should be more helpful to them than any other team. It will be interesting to see if this can even mitigate the “Coors Field Hangover Effect” or what we call the “Margin of Air” whereby the Rockies always struggle to hit on the road in accordance with their talent level.

We will be keeping a close eye on those road numbers and how it relates to Colorado’s DH strategies.

The second way in which this change should uniquely benefit the Rockies is in helping them solve one of the more troubling Catch-22 of their existence: Why doesn’t the team with a great offensive ballpark just load up on sluggers?

Consider a couple the best overall hitters of the last few years who have become free agents: Nelson Cruz and J.D. Martinez. Here are two players who would almost certainly rake in Denver, but whose defensive liabilities would cost almost as much as their bat gained as they tried to patrol the massive expanse at 2001 Blake Street.

The Rockies have never been able to target players entirely for their offense because defensive issues will only exacerbate pitching issues. Run prevention remains the most important element to winning baseball games, even at altitude.

Finally, there is a spot on Colorado’s roster for someone with the job to do nothing but hit baseballs.

How will Colorado utilize the designated hitter at Coors Field?

Lyons: With so many young players pressing for playing time on this roster, it makes the most sense for veterans like Matt Kemp and Daniel Murphy to get a bulk of the at-bats at DH. Even before Bud Black recently confirmed our suspicions, it made sense keep the 35-year-olds in the lineup without exposing their defensive weaknesses.

That being said, the best way to answer this question is to consider who will be in the field.

Drew went a long way to break down the thought process in keeping a player off the field, but in the lineup.

By placing Kemp, Murphy or evening Charlie Blackmon at DH, a younger and more athletic player will protect the pinstriped pitcher on the mound.

This directly translates to additional playing time for the likes of Brendan Rodgers and Sam Hilliard. Should either rookie assert their dominance at second base or in the outfield, respectively, then Ryan McMahon can simply start every day at first base and Raimel Tapia can still contribute most days of the week, in a worst case scenario for his most ardent supporters.

Bottom line, there are now an additional three plate appearances per game available for a professional hitter and an additional spot in the field for a defensive upgrade. Such an advantage for Colorado may be enough to sneak into the 2020 postseason.

Creasman: Precisely right. For now, the Rockies can use the DH to solve their problem of having young, athletic players who need opportunities but haven’t yet proven themselves, while also having aging veterans with offensive profiles that demand inclusion in the lineup but who are also defensive liabilities.

In the first category you have Hilliard, Rodgers and even Garrett Hampson. The second group of vets is made up of Blackmon, Murphy, and now Kemp.

A tightrope will need to be walked all season to keep all parties satisfied.

Black will be forced to play the hot hand because regardless of the combination he chooses on any given day, something will be gained and something will be lost in the shortest of sprints to the playoffs we’ve ever seen.

The best defensive lineup includes Hilliard and Hampson; the best offensive one includes Blackmon and Murphy; and it’s entirely possible that the best overall value among all these players moving forward is going to come from Rodgers.

Platooning should be much more common for Colorado this season since getting right-handed bats like Kemp, Rodgers, and Hampson into the lineup against tough lefties makes all the sense in the world.

And a lot of this plan will rely on McMahon’s ability to reliably switch back and forth between playing second and first base.

All the elements are here for the Rockies to get the absolute most out of a roster from which they got near the absolute least in 2019. Ride the hot hand, play egoless baseball, and the potential for October baseball increases exponentially. 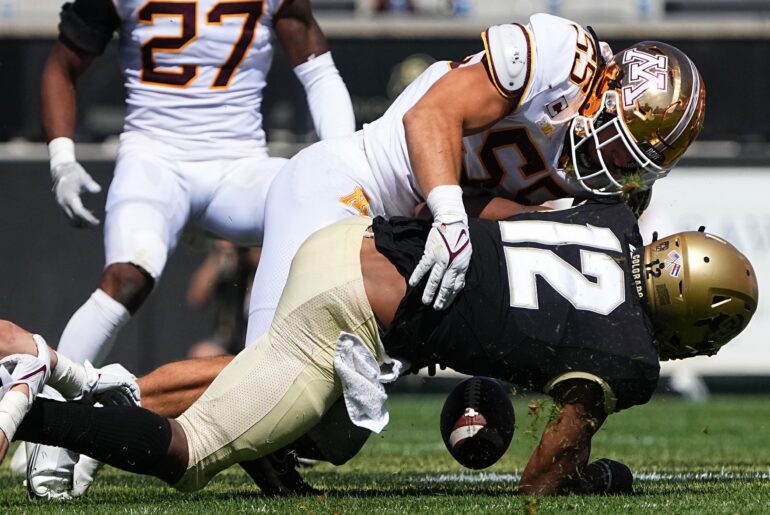 Karl Dorrell is right. Colorado has to ‘start all over’ on offense.