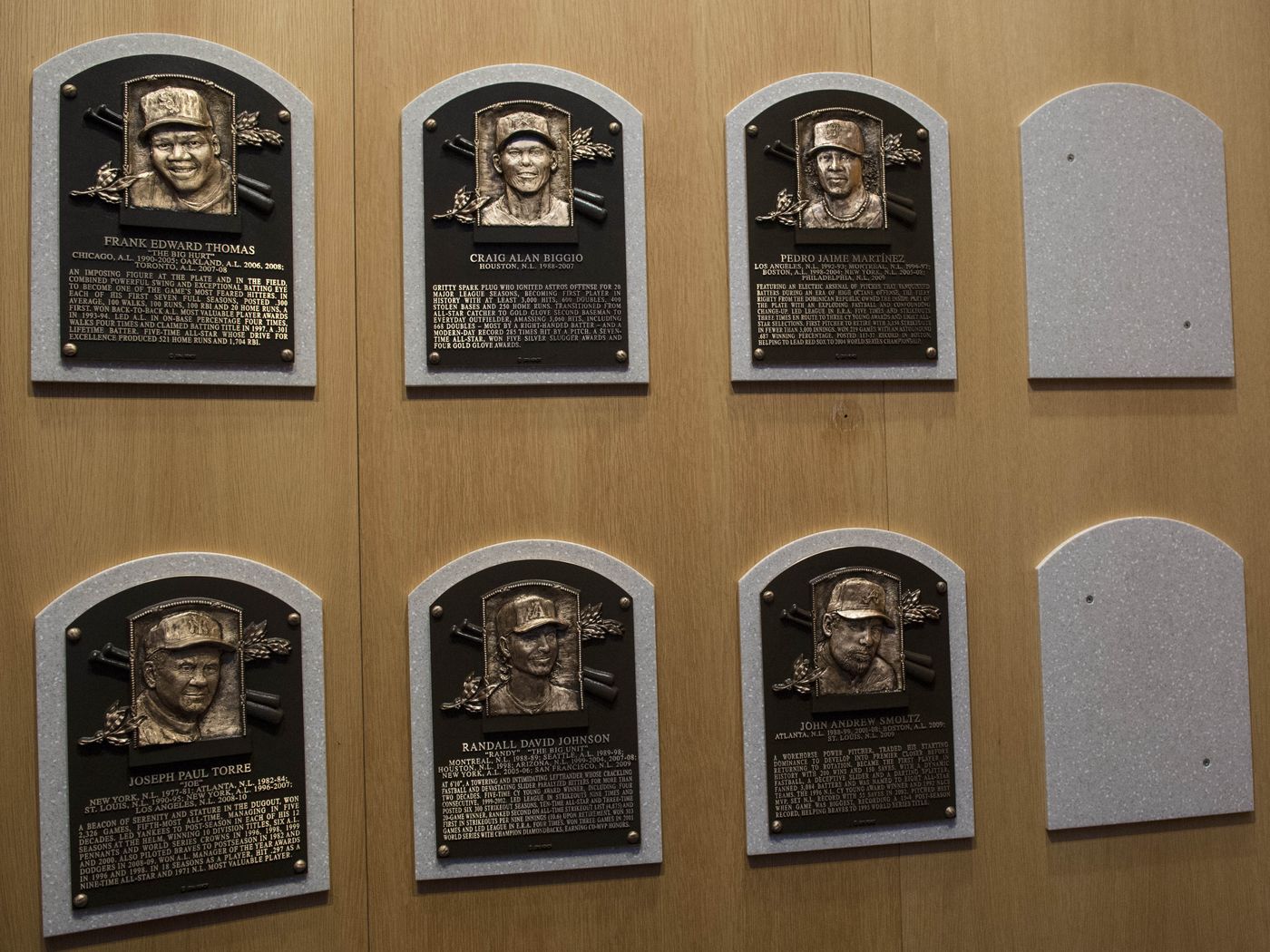 Nestled in a small town in bucolic upstate New York named for the father of 19th century American writer James Fenimore Cooper rests the greatest assembly of baseball artifacts in the world.

For the third consecutive year, the plaque earmarked for Todd Helton will not be added to the archives.

On Tuesday, the results of the 2021 Baseball Hall of Fame balloting by the Baseball Writer’s Association of America came away with no player earning the minimum 75% required for election.

The good news for the Colorado Rockies’ first baseman was his 44.9% was an increase of 15.7% over last year and the second consecutive increase of over 10%.

With the majestic building that houses the Baseball Hall of Fame and Museum at the end of Main Street just two short blocks before it ostensively begins having already welcomed Larry Walker, is it only a matter of time before Cooperstown receives another splash of purple?

Creasman vs. Lyons. Falls Count Anywhere… but preferably in the fancy Otesaga Hotel beside the greatest living ballplayers of all-time.

When might we see Todd Helton get over the hump?

Lyons: The big jump in ballots for Helton this year is a great sign of what’s to come.

Earning over 25% in the second year of eligibility and now 44.9% in his third, it pushes the odds in favor of the Toddfather hearing his named called in the next few years.

The good news is that Schilling, Bonds, Clemens and a few other controversial members of the PED Era do not have many years left on the ballot. The bad news is that Álex Rodríguez and David Ortiz will be added next year. The ugly is that players like Helton will be caught in the middle as the squeaky wheels continue to get the attention.

One intriguing factor that could put the final touches on securing the 75% required for selection to the Hall of Fame is the July 25 induction speech of former teammate Larry Walker.

To a much lesser extent of Ted Williams stumping for Negro League stars Satchel Paige and Josh Gibson, Walker has an opportunity to remind baseball fans and BBWAA writers about one of the greatest first baseman of his generation.

Such a selfless act could help double the Rockies’ number of legends.

Creasman: Looks like Helton should get in on the ballot after next.

The induction of Walker should open the floodgates for better and more quality information on Coors Field. Ideas that were once laughed out of the room when we first began the campaign for Walker have now become much more commonplace, thankfully.

Voters now recognize that Colorado hitters face unique challenges on the road and that their numbers should be so easily dismissed. Perhaps more simply, voters can now more easily trust their intuitions. Frankly, everyone who watched Helton closely or played against him regularly knows that he was one of the best hitters and one of the best defensive first basemen of his era.

All that’s left is for a few more members of the BBWAA to spend a little more time on the stats pages and listening to personal accounts of his peers.

My advice: be ready to book a trip to Cooperstown in 2023.

Who’s the next Rockies’ player to enter the HOF?

Lyons: Outside of waiting until 2036 for Nolan Arenado’s inevitable enshrinement, a deep dive into the Rockies’ history shows a few former players with talented pedigrees outside of their time with the organization.

The first star of the franchise, Andres Galarraga, has a compelling argument that will take a veterans’ committee of peers, managers and executives from around the game to discern his worthiness.

With a career .288 batting average, 399 home runs and 1,425 RBI (70th all-time), the Big Cat is no slouch when it comes to compiling some major statistics. Compared to other first basemen of his generation, he’s behind only Rafael Palmeiro and Fred McGriff and ahead of Mark McGwire, Will Clark and Mark Grace in total runs batted in.

Dale Murphy is the only player in franchise history outside of Walker and Helton to earn 5% or higher in order to make it more than one ballot. The back-to-back NL MVP with Atlanta actually spent 15 years on the ballot before changes in 2016 made the maximum length of stay just 10 years.

Jim Leyland and Bret Saberhagen may have also been one-year wonders with Colorado, but each have a case for enshrinement.

Leyland, manager of the Rockies in 1999, won a World Series with the Marlins in 1997 and is 17th in wins all-time by a manager. Saberhagen was a trade deadline acquisition in 1995 that won two AL Cy Young Awards with Kansas City during the 80’s.

Era Committees could select Leyland and Saberhagen as soon as the Class of 2023 and Murphy for 2024.

Similarly, Charlie Blackmon is unlikely to make a case either without a ridiculous finish to his career. Both are first-ballot Colorado Rockies’ legends for their contributions to this franchise but neither quite meet the incredibly high standards of those enshrined in Cooperstown. The duo should still be featured on the ballot at some point, a feat that is still a major accomplishment.

Putting aside potential veteran’s committee additions like Galarraga or maybe even Don Baylor, Arenado will be the guy.

The only thing that could keep the eight-time Gold Glove Award winner out of the Hall at this point is some kind of catastrophe in the back half of his career. Even at 60 percent the ballplayer he’s been for the next five years, he’ll still have a strong case for inclusion.

Also, don’t count out Trevor Story. He’s had a little bit of a late start building his resume, but he’s still reaching some early career milestones quicker than others. It’s certainly on the table for him, but he could end up like González and Blackmon: a Hall talent without the necessary credentials.

What should we make of known users of PEDs?

Lyons: One day, the likes of Bonds and Clemens and Sammy Sosa will be enshrined in the Baseball Hall of Fame.

Until that day, scores of voters and veterans committees will invoke the character clause to keep these men away from the hallowed halls of 25 Main Street in Cooperstown.

It wasn’t until sitting down to discuss my own theoretical ballot for the DNVR Rockies Podcast that it became clear that excluding these names from my list was just.

Regardless of the great memories given to me by the players of this troubled generation, their time is not now. It may never be during their own lifetime.

Creasman: For me, this is simple. Arguably a bit too simple.

Of course, the likes of Bonds and Clemens were among the greatest of all time. So were Shoeless Joe Jackson and Pete Rose.

And if any of them end up in baseball’s great museum some day, it won’t be anything that will haunt me. 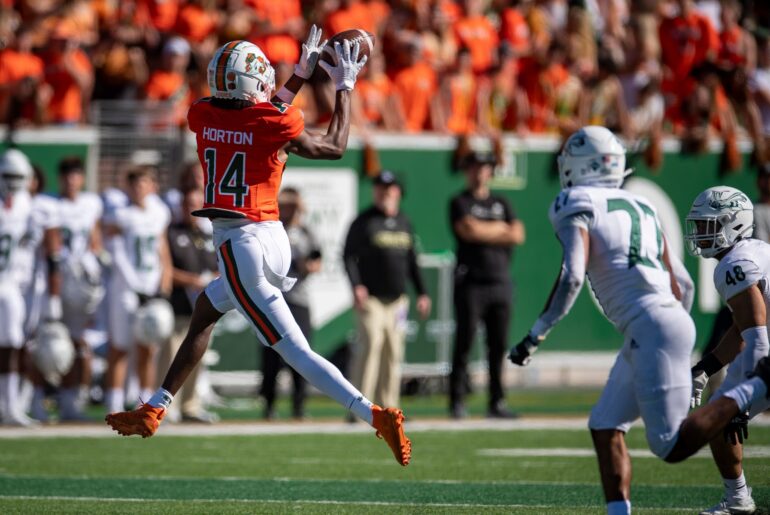 Tory Horton’s hot start has him in rare company