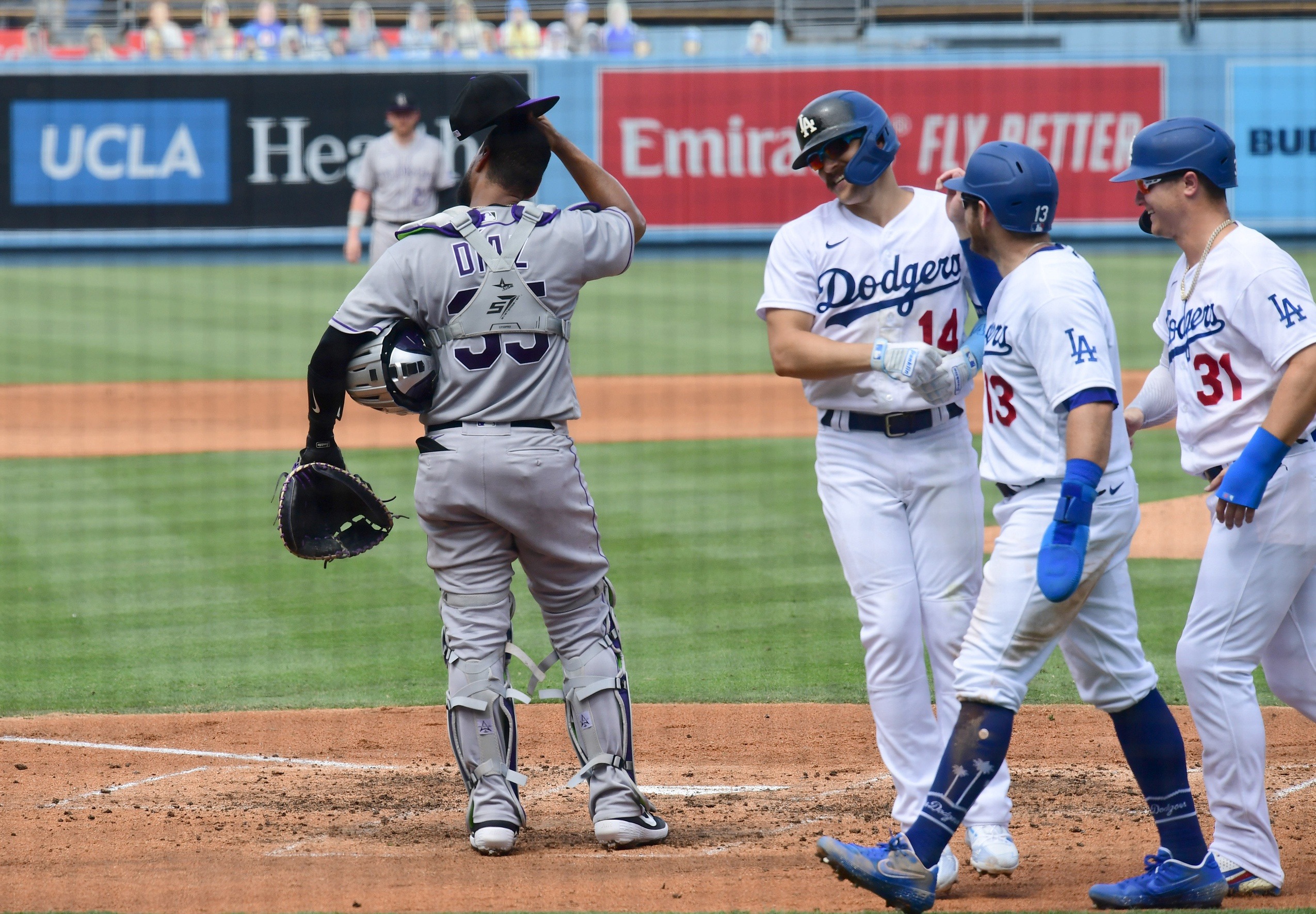 Sunday is typically a day of rest.

For fans of the Rockies who noticed Nolan Arenado missing from the starting lineup, they probably understood the rationale for the day off.

Unfortunately, the final score reflected a team that also took a respite in the Dodgers 11-3 victory that sealed a three-game sweep and continued the Rockies losing streak to seven games.

Anyone in purple who watched this matchup of NL West rivals may need another day of rest.

In the early going, Colorado exchanged punches with Los Angeles each time the home side scored a run.

Corey Seager homered in the first off starter Antonio Senzatela, who looked to extend upon his recent scoreless outing against Houston five days prior.

Trevor Story responded with a solo long ball of his own, No. 8 for the newly-christened cleanup hitter, against Dodgers’ Ross Stripling in the third inning. (It was his 131st career home run, passing Matt Holliday for sole possession of 10th place on the Rockies’ all-time list.)

Immediately thereafter, Mookie Betts went yard in the bottom of the frame to put his club ahead, 2-1, and Ryan McMahon followed suit at the top of the fourth for his sixth of 2020.

From that point on, the Dodgers slugged five more home runs and scored nine unanswered runs off the likes of Senzatela, Tyler Kinley and Ashton Goudeau. Only James Pazos was able to escape without surrendering a run, despite two walks.

Sam Hilliard homered in the ninth with no one aboard, his fourth dinger at Dodger Stadium.

By launching a pair of long balls and swiping two bags, Mookie Betts became the first player in Dodgers’ history, which dates back to the 1883 Brooklyn Gray, to serve up a double-double, animal-style.

Senzatela retired the first two batters of the fourth and with the game tied 2-2, it looked like the 25-year-old was en route to a quality start. Then, Joc Pederson singled. And Max Muncy followed suit.

On a 1-1 count with runners on the corners, Senza’s four-seam fastball ran down the center of the plate for Kiké Hernández to lift it beyond the right-center fence to put up Los Angeles 5-2 and hammer the final nail in Colorado’s coffin.

It may not have mattered much at the time, but the new defensive alignment in the eighth inning proved results.

On a Matt Beaty 99mph line drive, Rodgers made a full-extension dive to his right for the second out following a move to shortstop. With an expected batting average of .620, the robbery was precisely what Colorado needed in the midst of the third-straight inning of Dodgers’ offensive onslaught.