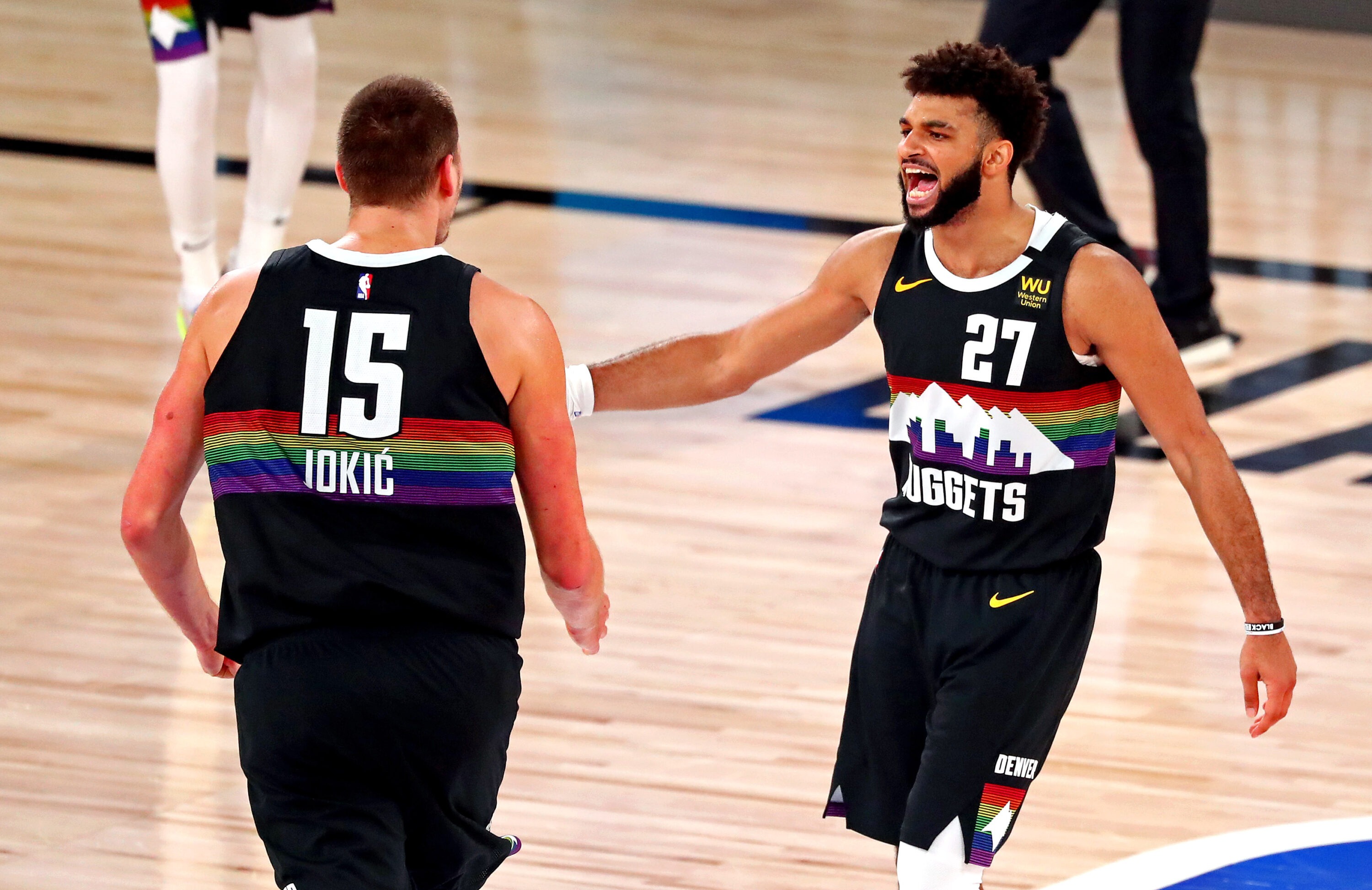 DNVR Player Grades: death, taxes, and the Nuggets in Game 7

Writing about this team is a privilege, but it’s growing increasingly difficult. What words are left to describe the 2019-20 Denver Nuggets? I’ve found it much easier to laugh out loud instead. The Nuggets will play in Game 7 of the Western Conference Semi-Finals after defeating the Los Angeles Clippers by a score of 111-98 Sunday morning. The sky is also blue.

This will be the fourth Game 7 in as many playoff series played under Head Coach Michael Malone. Should they win, they’ll be the first team in NBA history to win consecutive series after trailing 3-1. The rest of the world penciled the Clippers into their precious All-LA Conference Finals before Game 6 began. But the Nuggets blocked out the noise and settled into their comfort zone — there’s a spot reserved for their backs on the proverbial wall.

Denver jumped out to a quick 6-0 lead behind a tenacious start on the defensive end. It had the makings of an ideal start even, but then the Clippers rolled out of bed. They finished the quarter on a 34-20 run, as five different players went for five or more points.

The good news for Denver was Jokić looked to have it going. He went for 10 points, 4 rebounds, and 3 assists in the opening quarter. It didn’t seem too impactful then, but Big Honey was gearing up for a big run.

A Jokić three at the 5:52 mark of the second quarter cut the Clippers lead to just 2. That’s what it says on the box score anyway, but two points feel light if you’ve seen the play. We call it The Sombor Shuffle here at DNVR. The national media doesn’t know what to call it. Call it whatever you want — just know it’s cash.

That three followed a mini-run engineered by Monte Morris alongside Jamal Murray and the second unit. It was the highlight of the quarter — when the juices got flowing, and that familiar feeling of irrational hope began to bubble up to the surface. Would they erase yet another double-digit deficit? The easy way is not the Nuggets way. They’d complete the comeback, but not without letting the lead get a little bigger first.

The Nuggets would turn the ball over four times in the subsequent 5:52. The Clippers closed the half on a 16-2 run, and for roughly the tenth time in two rounds, the Nuggets looked cooked. But don’t we know better by now here in Denver?

The third quarter began with what appeared to be more bad news. Jamal Murray went up for a layup in the opening minutes and was blocked, then subsequently decked by a flying Paul George. Murray laid on the ground writhing in pain for quite some time. If you subscribe to the Wind Theory, as I do, then this is when the game shifted in Denver’s favor.

Predictably, Murray stayed in the game — he, Jokić, and Harris playing in nearly the entire quarter. The Nuggets outscored the Clippers by 14.

With the national audience tuned in, Jokić put his First Team All-NBA stamp on the game with an elite close job in the fourth. The big man went 3/3 from deep en route to 11 points in a 34 point quarter for the Nuggets. Harris added 8 points of his own, including a couple of dagger jumpers late in the fourth.

A once 19 point lead for the Clippers turned into a blowout loss, and it’s the Nuggets with momentum. The blood from the last battle still drying, Denver will suit up for a fight they know well. It’s Game 7. Again.

A masterpiece. Jokić went for 35 points, 14 rebounds, and 7 assists on 59% shooting, including 4/6 from deep. He hoisted a large handful of his Sombor Shuffles, ranging in nature from necessary late shot-clock prayers to playground experimentation with an almost frightening indifference to the stakes at hand. He checked off the full Jok Bingo card Sunday morning — shuffles, no-look passes, full-court passes, fancy footwork, mortar shots from deep, and a firm hand on the wheel as he took the Nuggets home down the stretch.

It’s okay if your friends or the talking heads on TV don’t want to appreciate him fully. That’s why you’re here. Cherish this, hang onto this, and tell your kids about it one day if you’re not sharing it with them already. Nikola Jokić is a superstar, and nothing less.

Murray showed up and showed out in Game 6, finishing with 21 points, 5 rebounds, 5 assists, and 2 steals on 9/13 from the field. Murray only attempted two shots from three-point range, but he found open lanes and forced lanes open on his way to the rim. Utah called for something special from Murray. He’s facing a different challenge now, as the matchup calls for him to fight through challenging assignments and play the supporting role. He was there for his squad on Sunday.

As for the collision with George — Mike Singer of the Denver Post reported after the game that Murray appears to be okay.

Nuggets doctors checked Jamal Murray out after today’s win, and everything came back clear, according to a league source.

Aside from any future pain, was told he should be OK.

And as for the Wind Theory, you better believe Murray got George back later in the game.

Jamal Murray spins off Paul George for the yam 🔄💥 pic.twitter.com/UsbLx5yXv8

To put it simply, the Nuggets would not still be playing basketball without Harris. He’s their best defender by a country mile and is starting to knock down some open shots as he did before the season went on hold back in March.

Harris scored 8 of his 16 points in the 4th, including a dagger three from the corner. He also went full Gary “Gary Harris” Harris in the second quarter.

But it was Gary Harris with a big save and two clutch steals to set up the possession. pic.twitter.com/cWdi6uN2c5

Craig’s played a brutal series and wasn’t particularly useful until it counted Sunday morning, but he vindicated his head coach and helped his team secure the win in the fourth quarter. He drilled a critical wide-open three late in the game and scored 5 points in the fourth, but of course, his real contributions came on the defensive end. He had several vital stops and made Kawhi Leonard’s life difficult as he tried to engineer a comeback of his own.

MPJ played in just under 27 minutes of Game 6, grabbing 7 rebounds and scoring 13 points on 4/7 from the field and 3/6 from deep. He was also a +12 on the night, the second-best mark on the team. You might have noticed that he’s generally near the top of the +/- column in the box score this series. Those numbers can be noisy, and one must be careful never to infer too much. A player can get lucky and find themselves on the floor for a big run while their teammates got hot.

I’m sure some of you are ready to finish this thought for me — you might also have noticed that Porter tends to be out there for all of the big runs. That’s looking less and less like a coincidence.

The first comeback, the push in the second quarter that provided hope, started with the Morris-Murray combination. Morris scored 7 points in fewer than six minutes.

He finished with 10 points, 4 assists, and 0 turnovers. 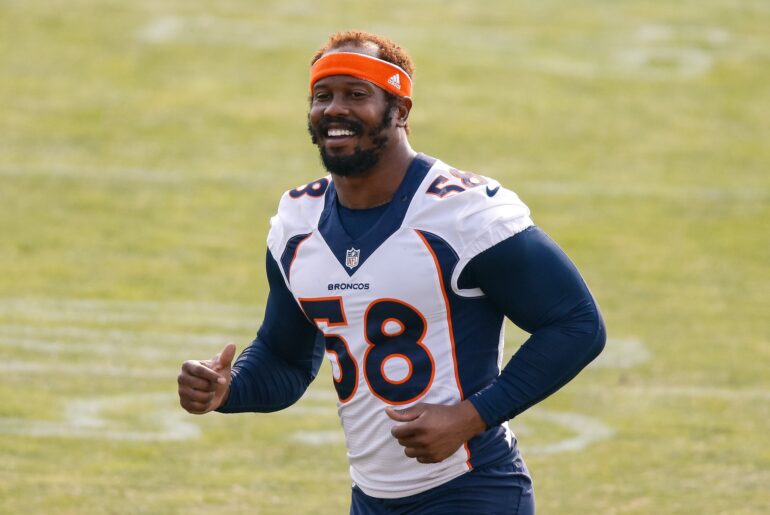 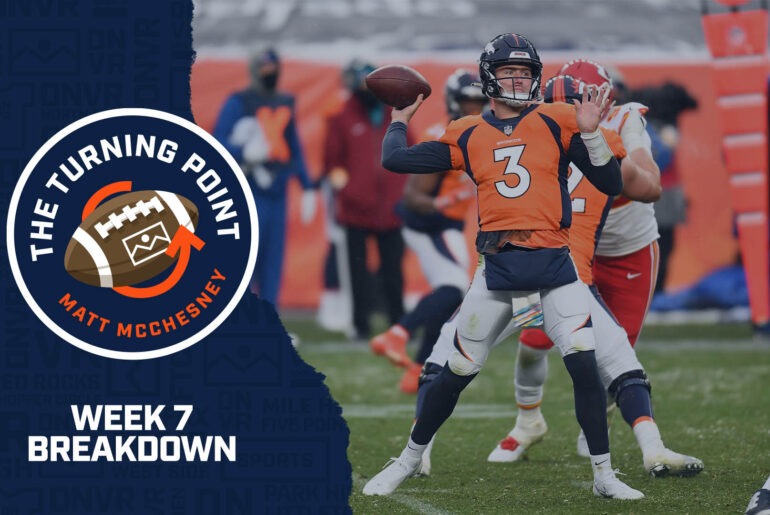 The Turning Point: How Drew Lock’s progression pattern is hurting him and how he can fix it 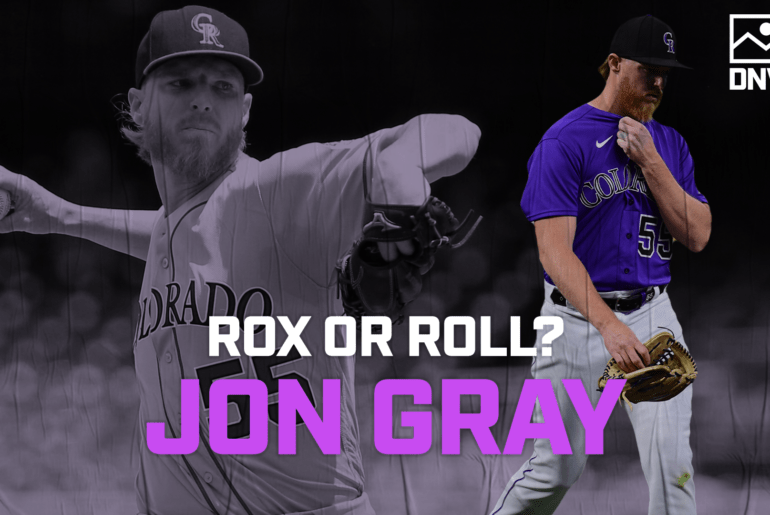 Rox or Roll: Colorado’s most established starting pitcher faces questions about his future