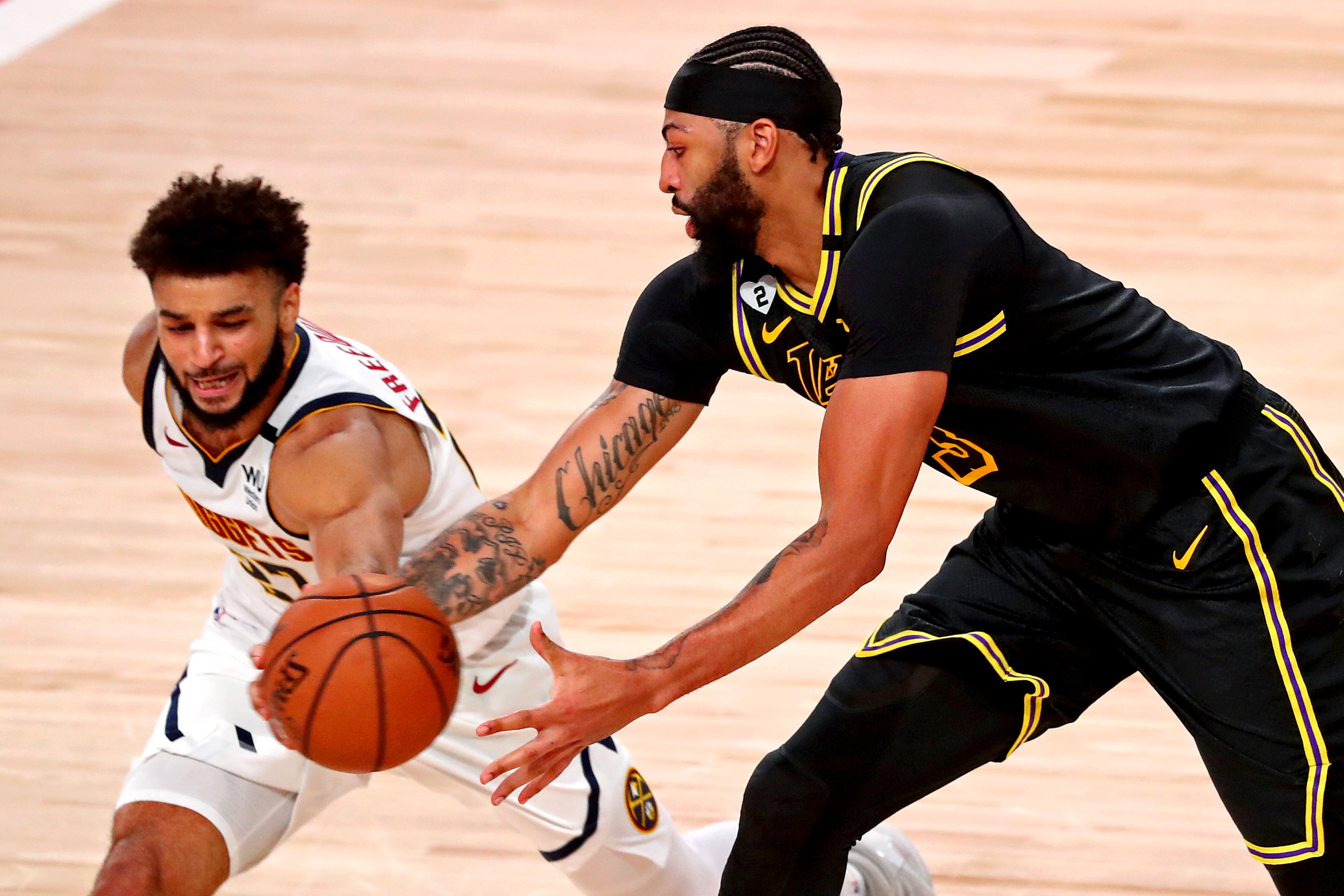 DNVR Player Grades: Anthony Davis sends a dagger through the hearts of Denver

Fans of the Denver Nuggets have seen it all. All but the ultimate triumph. By now, they know what to expect. They know when a big Denver run is brewing down double-digits in the second half, and unfortunately, they know when heartbreak is on tap. Their eyes are well-adjusted to the darkness.

The Denver Nuggets dug a deep hole in Game 2 of the Western Conference Finals and climbed their way out again late in the fourth — but this time, the Los Angeles Lakers had the final possession. Anthony Davis buried a buzzer-beating three-point beauty, and the Nuggets are down 2-0 for the first time this postseason after falling by a score of 105-103. The Lakers swarmed Davis and thumped their chests, while all of Los Angeles shared the last laugh. Such is life as a Denver Nuggets fan to-date.

The Nuggets must be exhausted. They’ve been through enough by now to break a team one hundred times over. But they’ve dug deep, they’ve held their ground, and they’ve proven a tougher out than anyone was willing to ascribe. After consecutive 3-1 comebacks, they’re at the bottom of a new precipice. Standing from a distance, we don’t yet know if they’re victims of a fatal fall or gearing up for their most daunting climb yet.

The Lakers took the first quarter easily, jumping out to a 29-21 lead. Jamal Murray and Nikola Jokić combined for 13 points, but Jokić was 3/9 from the field. The Nuggets turned it over six times, and the Lakers found opportunities to run free. LeBron James was in a groove early with his jump shot and put up 12 points on 5/7 from the field, including two threes in the quarter.

After a harsh whistle in Game 1, Jokić did all of his damage at the free-throw line in the second quarter — literally. He scored his team-high 8 points at the stripe, and the Nuggets stood firm in the second. The game was within reach, but Denver fell behind in large part due to a Lakers run that happened with James on the bench. What they put forth in the first half is no blueprint for victory.

Anthony Davis awoke in the third quarter, scoring 12 points on 5/10 from the field. But James and the supporting cast finally cooled off, and the Nuggets won the mini turnover battle. Murray led the way with 7 points, including a clutch three to cut the lead to four heading into the final twelve minutes.

The fourth-quarter was a spectacular and perhaps significant moment in basketball history. Check your favorite authors and sites this morning, and you’re sure to find a tweet or think-piece regarding the best players on the floor. Jokić and Davis, the two best bigs in the game today, are the strongest bastions of hope for the importance of a center.

The Rockets experimented with a center-less roster after years of seeming futility in rolling one out against the Golden State Warriors. Defensive Player of The Year awardees rendered unplayable, and specialists put on a pedestal; this league belongs increasingly to the ball handlers and studs on the wing. And yet, for the Lakers, it’s a big that’s the finishing touch on a championship-caliber roster. For the Nuggets, it’s a big at the center of their solar system.

Jokić scored the last 12 points for the Nuggets, while Davis scored the last 10 for the Lakers. The latter made the biggest shot of the game, washing away the herculean effort of the former. Jokić hit a three, tipped in an air-ball three at the buzzer, and bullied Anthony Davis below the rim before giving Denver the lead with a hook shot.

Mason Plumlee checked into the game for the final defensive possession. He anticipated a screen on the inbounds pass, which the Nuggets evidently decided to switch should it occur. But LeBron James, the phantom screener, never moved. Plumlee ran right into him, Grant didn’t budge, and Davis sprung free for an open three. It’s a heartbreaker. We’ll find out soon if it’s a backbreaker.

It’s truly a shame we can’t describe what Jokić did as a series-changing effort. We know he is clutch, but his fourth-quarter against the Lakers is on another level. There can’t be more pressure for a player in a Nuggets uniform. This is the mighty Lakers, and history waits for them on the other side of the mountain. His opponents comprise his worst matchup in the entire league. They have size, athleticism, and talent down low. Yet he nearly triumphed. Life is a game of inches, and this time victory floated just beyond Jokić’s reach.

If you can stomach it, here’s his duel with AD:

While Murray still rides high peaks as a scorer, he’s grown into a player that can quietly make a significant impact. The Nuggets didn’t stand a chance without him on the court Sunday night. He, too, made what looked to be a winning play down the stretch. Alas.

If not for AD's game winner, we'd have been talking about Jamal Murray's game-saving defense:

-Holds his own in isolation against LeBron James, containing his drive and effectively forcing the kickout the resulted in Caruso's missed 3

MPJ only logged 19 minutes Sunday night and scored 15 points on 6/9 from the field. He got lost on defense early in the fourth, and that was enough for Michael Malone to pull the plug and send him to the bench. Millsap was the leading rebounder on the team and finished the game a +9. It’s hard to criticize his minutes in a vacuum, but Porter caught a short leash despite strong play nonetheless.

Dozier missed four critical free throws in some surprising crunch time minutes. But it should be noted those free throws were the direct result of winning plays. He made multiple stops and took it right into the teeth of the Lakers’ defense, drawing contact. He missed the free throws. It’s a result-based game. But it’s not fair to rip into a player who had no business playing a deciding factor in the outcome, and nearly got it done.

Harris finished the game with just 3 points on 1/6 from the field and wasn’t on the floor to close the game. It wasn’t his night.