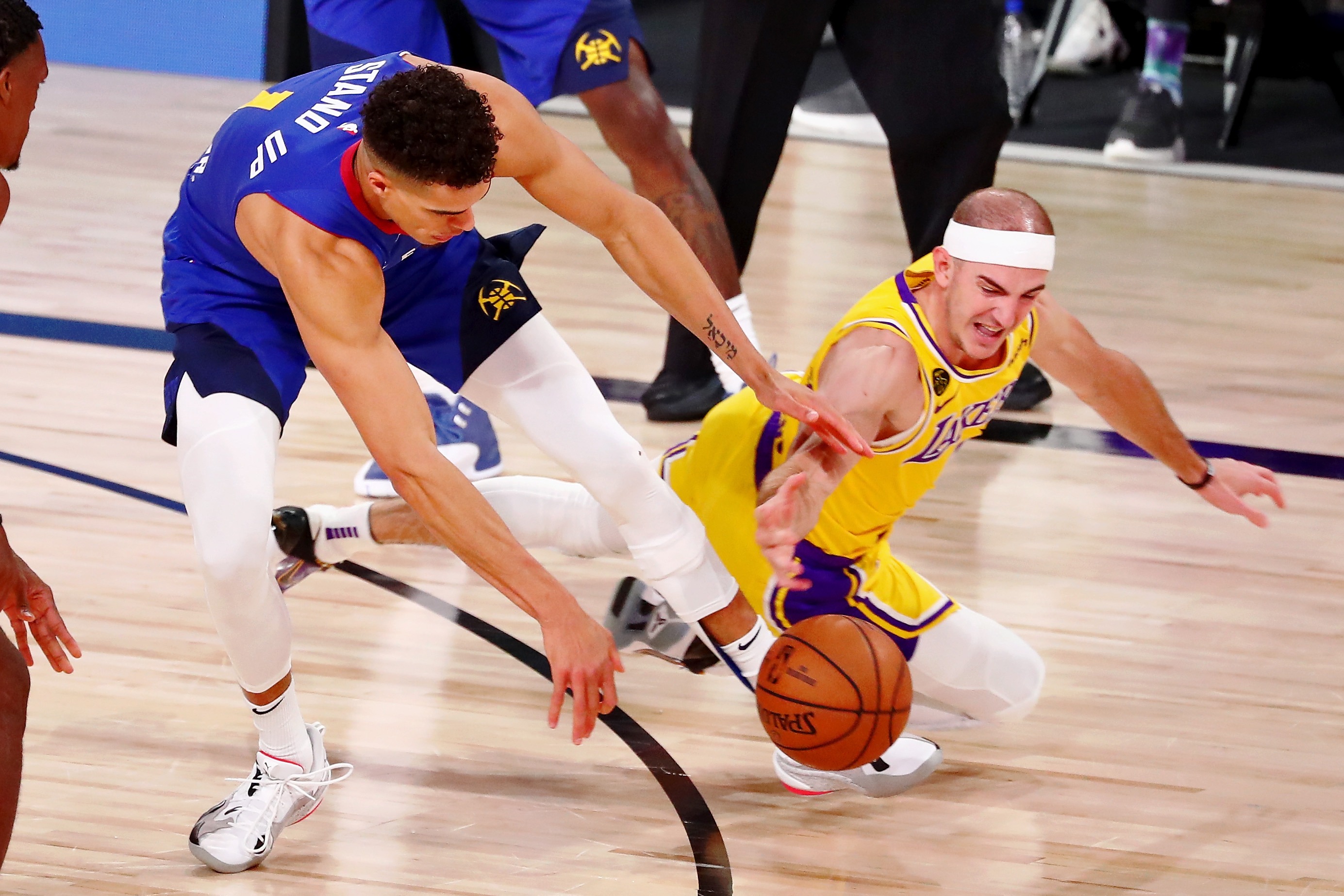 Here we go again. We’re one game into the Western Conference Finals, and already the Nuggets’ backs are a little closer to that proverbial wall. One can look at the 126-114 loss to Los Angeles one of two ways: an early reminder that the Lakers are a cut above the rest out West or a similar result to the start of the Clippers series. The Lakers punked them. Pumping fists, dunking hard, and laughing it up on the sideline as their lead grew close to 30 points in the second half. And now we wait and see if they’re right to laugh, or already overlooking a formidable opponent. If we’ve learned anything about this Nuggets squad, it’s they will punch back.

The first quarter went in Denver’s favor. Both Nikola Jokić and Jamal Murray looked game for the challenge, the former scoring 11 while the latter added 9 of his own. Even the role players looked dialed in. Paul Millsap hit an early three, Jerami Grant knocked down a couple of shots, and Torrey Craig found a way to make himself a threat with some superb off-ball cutting. The Lakers recorded an assist on 11 of their 13 field goals and found plenty of opportunities to run. Their offense was clicking, but so was Denver’s, and the Nuggets took a 38-36 lead into the second quarter. What a dreadful second quarter it was.

The Lakers shot 24 free throws in the quarter alone. Some of those Denver will regret, some appeared to be a purposeful tactic with Dwight Howard on the floor, and the rest, well, we know what we signed up for in this series. Perhaps more damaging than the sheer number of free-throw attempts was on who and when the calls were made. Consecutive offensive foul calls put Jokić at three personals with most of the quarter remaining. He played just 2:38 of the second. Murray picked up his third foul as well, and the Nuggets couldn’t stay above water with less than nine combined minutes from their stars.

The Lakers dominated the second half, but Denver lost in the second quarter. Any rhythm or flow to this game died in those 12 minutes too. Even the calls that went Denver’s way were questionable and damaging. Between these two teams, there’s so much talent and so much to enjoy. That fans of either team had to watch the officials go to work instead is profoundly disappointing.

Nonetheless, a good head coach will point to the controllable factors in the loss. The Nuggets turned it over 16 times, an unacceptable number for the underdog in the series. The Lakers don’t need any help. They got plenty from all parties involved Friday night. And so Denver retreated to their rooms, but not back to the drawing board, and not with tails between legs. They’ve seen far worse in this playoff run alone, and they’ve learned far too much about their resolve and potential to fear this opponent. What worked in the first quarter might well work again in Game 2. We’re a few steps away from talk of adjustments and a long way from panic.

Let’s go to the grades.

These two looked ready to rumble before the foul trouble began. Jokić was quite aggressive in the absence of the double teams he faced in the prior round. He went right at JaVale McGee, as did Murray. The Lakers switched on screens leaving a guard on Jokić when he popped out, and McGee on an island with Murray. On rolls and handoffs, they switched late to avoid rotation, which also presented mismatches. Denver was content to attack this way and generated numerous quality possessions in the first 12 minutes. It’s hard to evaluate much beyond that. They played well enough, and now they have to stay on the floor in Game 2.

Porter finished with 14 and 10 but scored 10 of those 14 points in extended garbage time. He missed a handful of wide-open threes when the game was still up for grabs and wasn’t able to make an impact anywhere besides the glass. That said, Porter turned a switch when the game was beyond reach. He saw his shot fall and put his head down, getting to the line 8 times — a team-high. Those were low leverage minutes, but perhaps minutes he can build off of as he regroups for a better effort in Game 2.

I do not envy Grant, whose reward for a stellar job defending Kawhi Leonard across seven games is an appointment with LeBron James. That said, the Lakers’ stars rolled, and Grant was just 3/11 from the field.

Harris didn’t have a high impact assignment as a defender and was 2/7 from the floor.