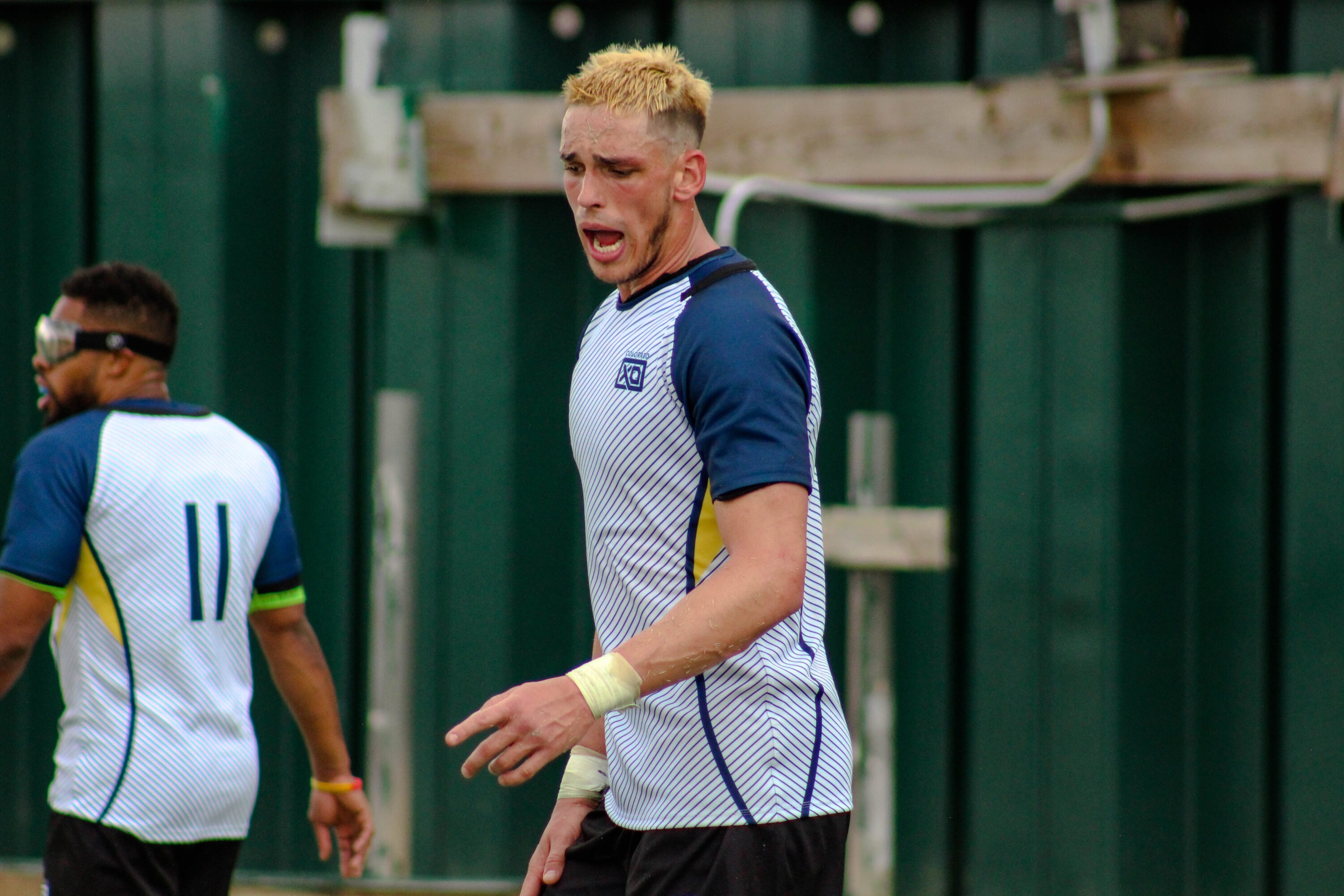 It wasn’t the prettiest rugby match of all time, but the Colorado XOs used four tries and a solid defensive effort to pick up a 26-10 over New Orleans RFC in their first-ever match on Saturday afternoon.

The sloppiness was to be expected. Only five players on the XOs roster had ever played rugby before, and the team knew heading into Saturday’s match that penalties and mistakes were going to be inevitable. The XOs finished the match with 24 penalties to New Orleans’ three, but it was how they responded to those mistakes that helped them secure their first victory.

One major question that rugby people from every corner of the internet asked about the XOs is how they would fare in the tactical kicking game. The answer came very early into the match. On several different occasions throughout Saturday’s match fly-half Line Latu used his boot to drop balls in behind the defense and gave the XOs room to work when they found themselves deep in their own territory.

Like Director of Rugby Mark Bullock predicted, the first 20 minutes of the match were a bit hectic. The XOs committed a penalty on defense inside their own 22, and New Orleans made them pay with a penalty goal. It didn’t take the XOs long to come up with their own points, though, and they did so off the back of a Latu linebreak that resulted in a try for Colorado’s captain Michael Bandy.

The XOs stayed busy on the offensive side of things to close out the first 20 minutes of the match. They used a linebreak from prop Garrald McDowell to open things up, and McDowell offloaded to a hard-charging Gelen Robinson. Robinson was tripped up by the New Orleans fullback but popped a pass to Campbell Johnstone from his back. Johnstone skipped a pass out wide to lock Shawn Clark who used some space near the touchline to sneak in behind the defense before dotting the ball down right between the pipes for the XOs second try of the afternoon.

“It was the first catch and Campbell did a little skip one there,” Clark said of his try. “He put it up high and I think it was actually going to ‘Flea’ (Jarrell Patterson) and I just kind of caught it and had some space just took it in. It was an unbelievable feeling I’ll tell you that.”

Play with a 12-3 lead out of the first water break, the XOs used some defensive pressure to score their third try of the match. With New Orleans working the ball out to their wing, Bandy and Bryant moved as a tandem up towards the ball carrier, and a Bandy tackle knocked the ball out into the open space. Bryant, the former Florida International University return man, scooped the ball up off the ground and was off to the races.

The first defensive lapse came in towards the end of the first half, when New Orleans turned a scrum into their only try of the match. The converted try cut the lead to 19-10 heading into halftime.

The team that New Orleans fielded on Saturday was a combination of Division II men’s players and a handful of players in the NOLA Gold academy – one of which was New Orleans Saints corner Johnson Bademosi. With so many XOs playing in their first rugby match, you began to wonder how their fitness would hold up as the match progressed.

The third 20-minute frame featured a lot of back and forth between the two sides and a lot of penalties on the XOs. The XOs spent a significant amount of time in the second half deep in their own territory but were able to stop everything that New Orleans threw at them. From driving mauls to sneaky short lineouts to pick and drives, the XOs stood tough.

The XOs did have a few scoring chances in the second half but had two tries overturned after Chase Stehling knocked on the ball during his attempt to score and Casey McDermott-Vai was held up when he took the ball out of the back of a maul and into the in-goal.

Perhaps the XOs most impressive defensive stand in the match came with only 14 men on the pitch. With Jordan Talley out with a yellow card intended for Vince Boumann for repeat infringements, the XOs jackled a ball from New Orleans inside their own five-meter line and used several phases worth of forwards play to give them some room to kick. After turning the ball over near midfield, another strong defensive pressure forced a loose ball that wound up in the hands of Campbell Johnstone who worked the ball out to Patterson in space. Patterson scored the final try of the match right before the final whistle to put the cap on a 26-10 victory for the XOs.

It may not have been pretty, but the experience the XOs gained was invaluable.

“I think it was a really good experience for a lot of the guys,” Latu said after the match. “We definitely have a lot to do this week but it was a fun experience all around.”

Latu was one of the most experienced players on the pitch for the XOs and it showed. He carried the ball with authority and was a key distributor on offense while also helping lead the charge on defense. His ability to flip the field with his kicking early made a huge difference down the stretch earned man of the match honors because of his complete game.

A win always makes things taste a little sweeter, but from the very first whistle to the last it was apparent that all of the new players were having a blast.

“It was probably the best experience I have had in a long time,” Clark said of his first match. “The boys were buzzing and I think just getting to come out and play together in this first match just meant everything to us.”

The XOs have plenty of work to do before they set off for their next match, but they can at least enjoy a hard-fought win while they look back on some things that didn’t go as planned.