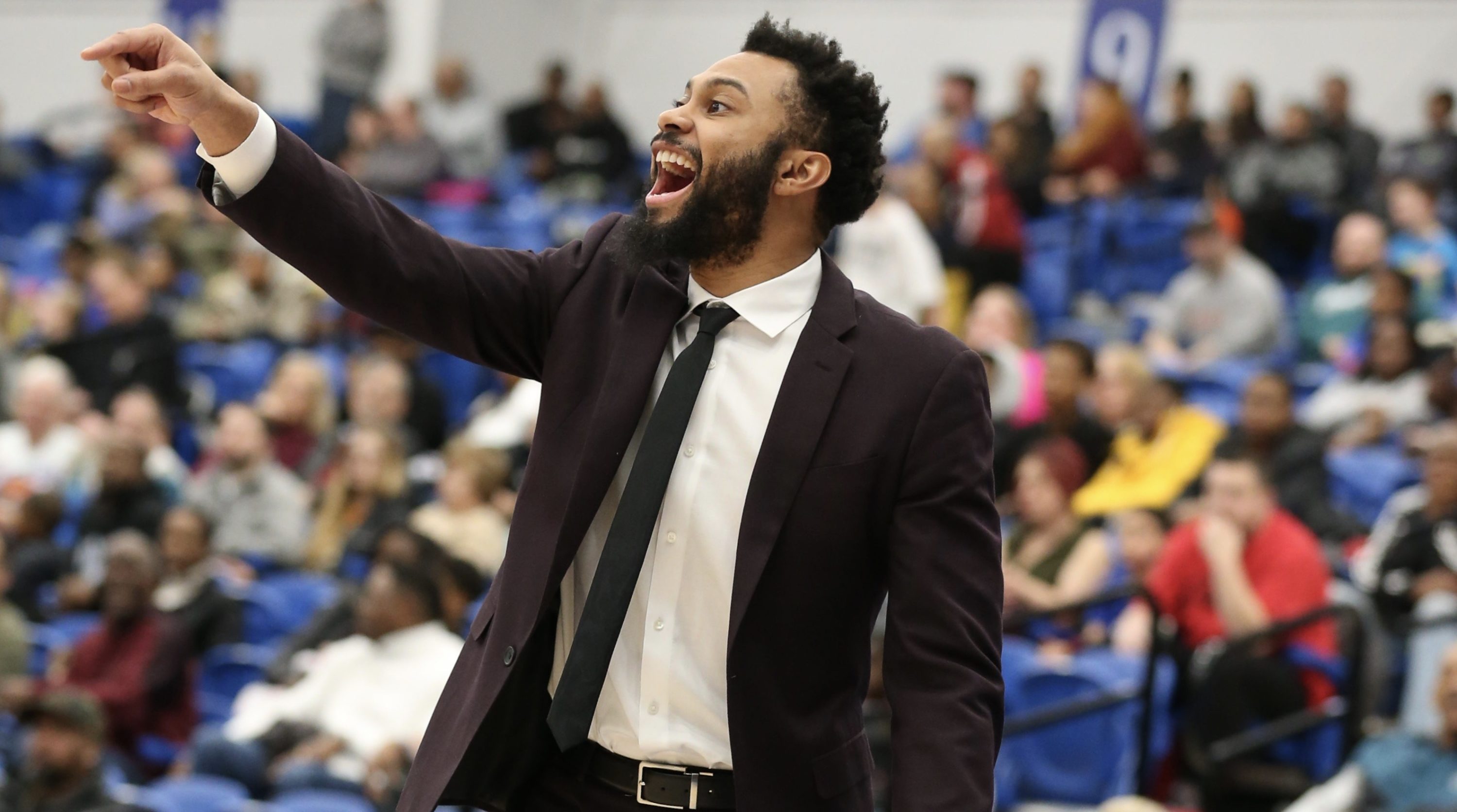 The tipping point for Xavier Silas came last summer when he was organizing the Centennial State Grandstand, a three-day scouting event for college coaches in Aurora, Colorado where 175 of the best high school basketball players in the region went through a series of drills and scrimmages.

Silas cold called 200 coaches from around the country in the weeks leading up to the showcase and tried to convince them to come to Aurora and evaluate the top talent in Colorado and some of its neighboring states. It turned out to be a hard sell. Only 50 coaches attended the showcase.

“A lot of them were like, ‘You don’t have any players in Colorado, so why would I come?’ Silas told DNVR. “So it was tough and it just hasn’t sat well with me since. Some of it’s on the players and getting better and the training and work that they put in, but a lot of it’s on the system and how things have been. The amount of exposure here, it’s just not where it needs to be.”

Colorado has never been a hoops hotbed like Los Angeles, Seattle, Texas, or the DC/Maryland/Virginia area, and it may never be. But according to Silas, who played at the University of Colorado and then professionally overseas, in the G League and NBA, and is now an assistant coach for the Philadelphia 76ers, there’s an abundance of talent in the state that goes unseen because college programs tend to disregard Colorado during the recruiting cycle. Silas also founded the Denver-based youth basketball program GIVE Sports in 2017 and has already fielded nationally ranked teams in both the 7th and 8th grade divisions. He’s well aware of the talent that’s coming up in the state.

To disrupt the system which Silas feels has overlooked Colorado high school players, he recently founded Colorado Prep, a first of its kind high school basketball program that will play a national schedule and compete in the West Division of the Grind Session, a winter circuit of elite high school basketball events. In past seasons, Grind Session teams have played over 150 games during the November-March winter circuit all across the country in front of college coaches, NBA scouts and national media.

“When we’re talking exposure and you compare what Colorado Prep will get to just a normal high school team, it’s night and day,” Silas said. “And the competitiveness and the talent of the players you’re playing against is at another level.”

The Grind Session is one of the most popular prep pathways to playing college and professional basketball. Over the last six years, 1,400 Division 1 scholarships have been offered to Grind Session players and 771 players who have competed on the national circuit went on to play basketball professionally. Thirty one have made it to the NBA and the Grind Session has also been where nine future NBA lottery picks have honed their skills before college. Jalen Green and Daishen Nix, two of the three players who recently committed to the NBA’s new prep to pro pathway through the G League, are Grind Session alumni as well.

Colorado Prep has already signed up eight players for the upcoming season. The No.1 ranked power forwards in Nebraska and Kansas in the class of 2021, Danair Dempsey and Keither Florence are committed to play for Colorado Prep as well as several in-state prospects including a trio of Colorado Springs players, Donta Dawson, Tayzhean Archuleta and Xavier Sterling. Class of 2022 guards Jeremiah Coleman, who played last season at Chaparral High School, and Dylan Sanders, who played at Smoky Hill, have committed as well. In total, Silas says Colorado Prep has received applications from 75 kids.

Colorado Prep will practice at the Sports Stable in Superior, Colorado and will be coached by Silas’ father and former San Antonio Spurs great James Silas, who played in the ABA and NBA from 1972-1982. Former Western State coach Mike Moskowitz is the team’s associate head coach.

On the academic front, Silas is leaning on his experience as a college athlete to ready his players for what lies ahead post-high school. As a freshman in the Big 12, Silas had a difficult time balancing a rigorous basketball schedule and weekday travel with his academics and working on homework projects. In the Grind Session, Colorado Prep will play a schedule that’s comparable to a college slate with an abundance of travel, so studying in airports and hotel rooms will be something that players are accustomed to before college if they do go on to play the sport at that level.

Colorado Prep’s players can either continue with their curriculum at their current high school or take classes with an online program that the team has partnered with. Colorado Prep will also supply its students with tutors and proctors when needed.

“Academic flexibility is crucial for us because it’s about the player being comfortable,” said Silas. “The most important thing is them getting their degree and being NCAA eligible.”

Colorado Prep is a non profit and funded by the foundation that Silas’ family has run for years throughout the United States. Now with its efforts focused on Colorado Prep, Silas hopes that he can change the perception around Colorado basketball and shine a light on the talent in the state that he feels routinely goes overlooked.

“I feel like I have a responsibility to continue to move Colorado basketball forward,” Silas said. “This is my home. I have two little boys that are growing up here and right now and Colorado doesn’t get the respect nationally that I think it should from the talent that I’ve seen here. I’ve taken it upon myself to change that.”