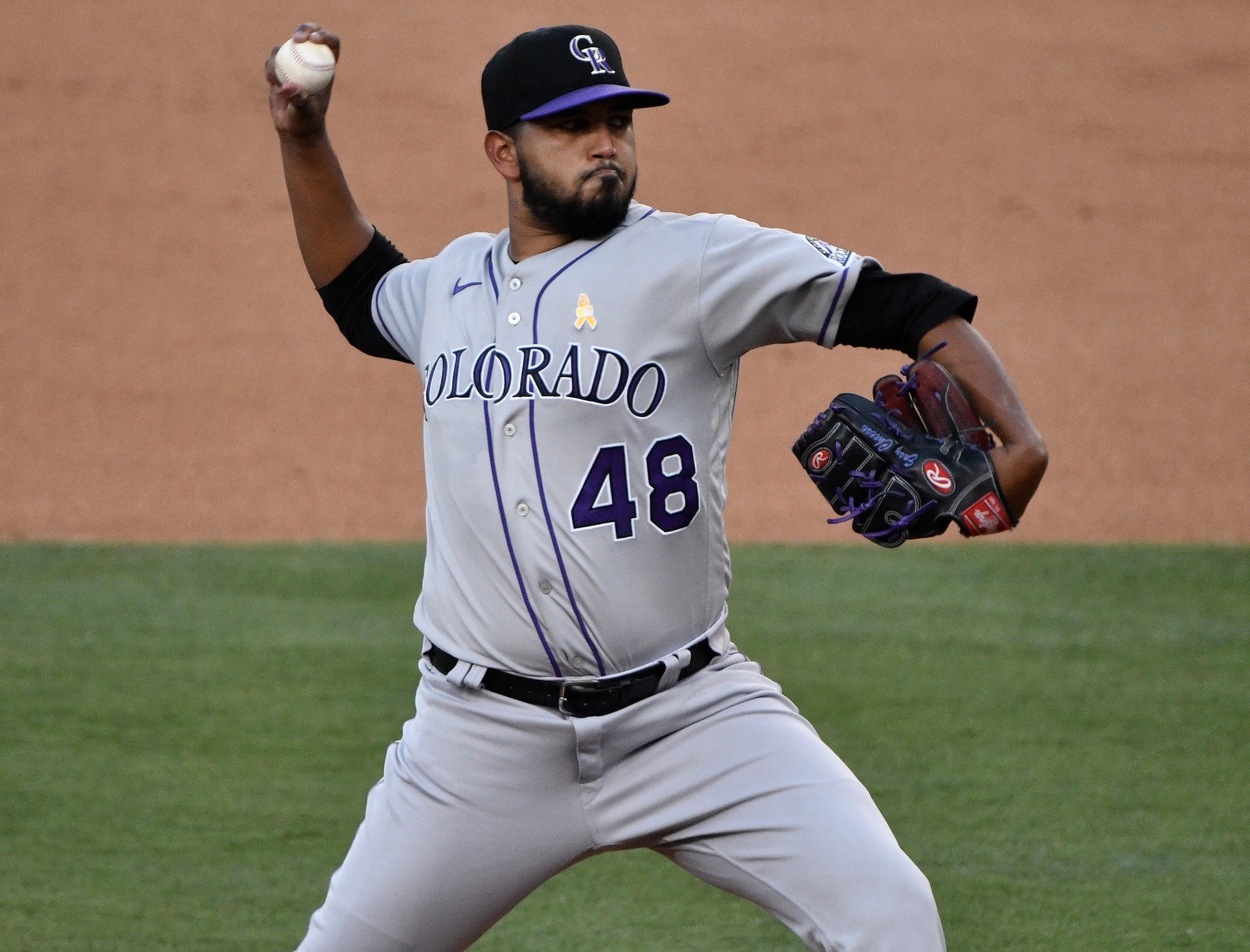 The ingredients were procured and the recipe was finally prepared to the chef’s preference.

Together, it made for a 5-2 victory for the Rockies over the Dodgers, only the second in Southern California in their last 19 contests.

The crux of matchup came in the top of the ninth with the score tied 2-2.

Yency Almonte had already pitched a 1-2-3 inning and the heart of the order for Colorado was set to take it’s best shot.

Raimel Tapia and Trevor Story started with consecutive singles before Nolan Arenado stepped up with a clutch hit the opposite way to give the Rockies their first ninth inning lead over the Dodgers since 2019.

Not to be finished, manager Bud Black called upon rookie Josh Fuentes to pinch hit for veteran Daniel Murphy and he would not be sorry. Fuentes battled back from 0-2 to slash a single that scored two more runs.

None of that was possible were it not for starting pitcher German Márquez who seemed much more like the man that opened his season with four quality starts in his first five games. The one with a 2.25 earned run average and had national media finally recognizing his talent.

Charlie Blackmon scored two runs early, after a double that was followed by a nearly two-base sacrifice fly by Kevin Pillar and a 365ft homer into the right field bleachers.

In the bottom of the ninth, Daniel Bard closed the door with two strikeouts for his fifth save of the season.

The Marquee del Rey was back to being a king on Saturday night with four scoreless frames to open the night. He worked around Mookie Betts as best as possible throughout the game, but the former AL MVP was at the center of a two out, two-run rally in the fifth.

From there, he got a double play in the sixth and retired Betts for the final out in the sixth to end his night.

Moment of the Game: Arenado comes through in the ninth

With runners on the corners and down 0-1 to Blake Treinen (1.04 ERA through 17 IP), Colorado’s highest paid player broke from his season-long slump and pushed a ground ball through the right side to score Tapia for the latest lead the team has had since 2019.

After hitting his fifth home run at Dodger Stadium on Friday night – most for a rookie in at Chavez Ravine – Sam Hilliard pulled back a 379ft blast by reigning NL MVP Cody Bellinger in the fourth.

Had the Gold Glove Finalist not made this grab, the subsequent single by Betts and double from Seager would have given the Dodgers a 3-2 lead. Rather, Story recorded the second out on this play and only two runs scored.