For many, Raymond Bourque lifting the cup is the greatest moment in NHL history. In a vacuum, the moment of complete joy is fantastic but so many factors played into this fairy tale. On this version of the tape, we look at what led up to this immortal moment in time. 1. The man. Raymond Bourque was a legend long before…... 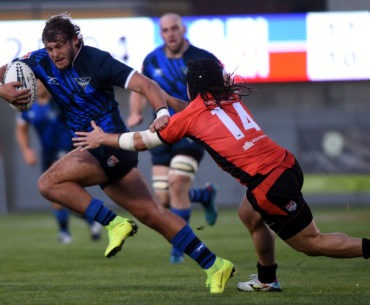 The seventh-best Colorado Raptors match of all time comes from their May 4, 2019 match against the Utah Warriors and is arguably the most complete match the Raptors have played since Major League Rugby began in 2018. This match took place a week after the Raptors defeated Rugby United New York 20-16 in thrilling fashion. It also served as the… 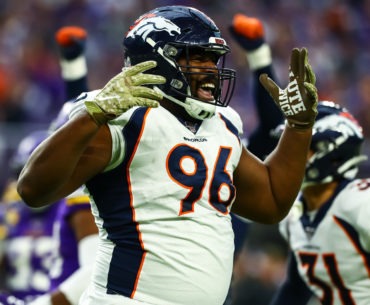 In the current environment, Harris is thankful for the one-year contract he signed. 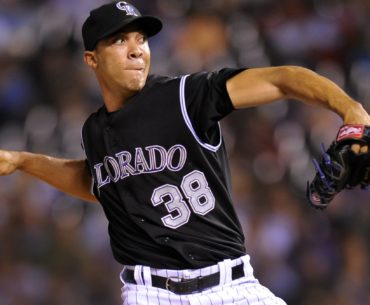 The mountaintop. The pinnacle. The apex. The peak. The zenith. In sports, these words are used to describe the rarest of achievements. Why? Because all the way at the top, there is only room for one. And in the history of the Colorado Rockies, there has been one – and only one – pitcher to complete a nine-inning baseball game…... 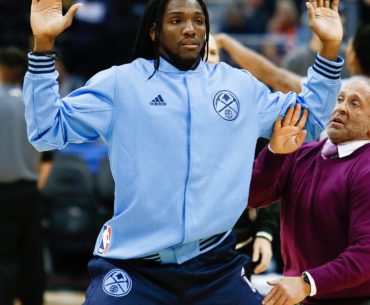 Steve Hess on Kobe kicking him out of his own yoga studio, the most athletic player he’s ever been around, and more

Steve Hess, the Nuggets' strength and conditioning coach for 20 years, joins DNVR for a chat about some of his greatest Nuggets memories. 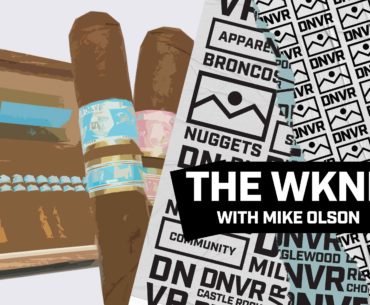 When They Were Born – Denver’s Big Four

My favorite grandparent was the youngest of the lot, born in 1918. Though the month of her birth was notable simply for the fact she was in it, she was also born in the same month the Allies forced the Germans back behind the Hindenburg Line in World War I. Because of the war, they also started the World Series…... 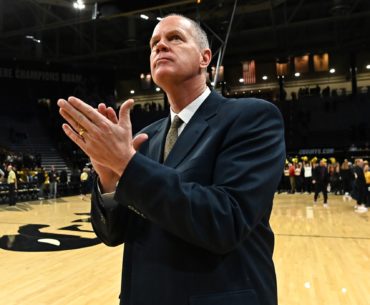 When Colorado Buffaloes athletic director Rick George first spoke to the media about the coronavirus pandemic, shortly after the cancellation of the Pac-12 Men’s Basketball Tournament, he said that he hadn’t spoken with head coach Tad Boyle about whether Boyle would receive all of his bonuses. The biggest question mark was what would be done about the $105,000 Boyle was…... 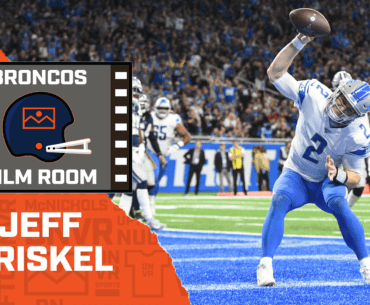 Broncos Film Room: Can Jeff Driskel be more than a run-of-the-mill backup?

There’s a new backup in town, folks. Jeff Driskel comes to Denver as a journeymen signal-caller with nothing more than second-string aspirations. But recent NFL history, unfortunately, suggests that at some point the Broncos backup will see the field. Studying tape through that lens, here’s every reason why you should be both excited and scared if Driskel were forced into…... 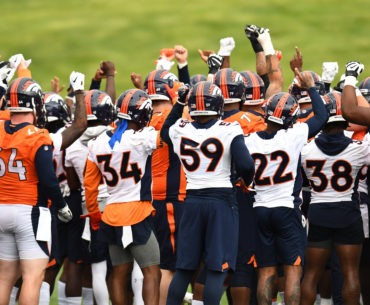 Here is the biggest challenge for the Broncos this offseason

DENVER — Arranging for Zoom conference calls between players and coaches, ensuring reliable connections for communication during the NFL Draft — all that might be the easy part for the Broncos in an offseason that will be unlike any other in NFL history. The hard part might be ensuring that players are in camp-ready shape when — or if —…... 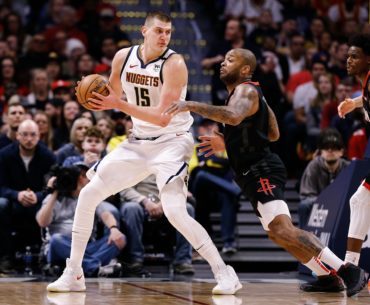 Who advances if the Nuggets and Rockets meet in the first round?

Who advances if the Nuggets and Rockets meet in the first round?

*If the league goes straight into the playoffs once the league returns.

It's basically impossible to know half of the variables that would impact this question. Are fans allowed into the arena? Are games played on a neutral site, negating home court advantage?

Setting those questions aside, I think what the Houston Rockets do on the basketball court is much easier to figure out and get settled than what the Denver Nuggets do. Houston's offense is basically an isolation offense with spot up shooters around the three-point line. Role players like PJ Tucker need only figure out the rhythm of their catch and shoot shooting while the lion's share of the responsibility rests on the talent of Russell Westbrook and James Harden. There is very little timing and chemistry to sort out.

The Nuggets, on the other hand, play a much more balanced style of basketball that is more dependent on chemistry and timing. So if the league jumped right into a playoff, do-or-die series, then I think the advantage would go to the Rockets. 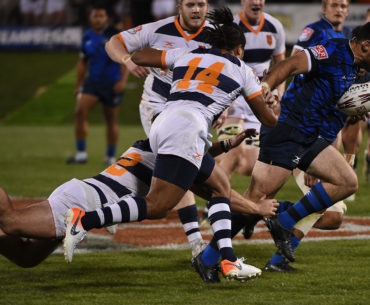 The eighth-best Colorado Raptors match of all-time comes from a fork in the road that was the 2019 season. The Raptors found themselves in fifth place in the Major League Rugby table heading into their home match against a fourth-place Rugby United New York team that sat at 8-2 through 10 matches. With the home stretch of the season right… 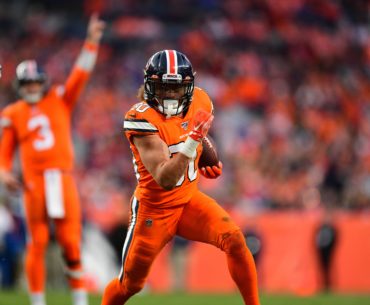 Off the field, there’s no doubt a large gap between Melvin Gordon and Phillip Lindsay in terms of the team’s commitment to them financially. But John Elway and Vic Fangio don’t believe there will be a similar difference between the two backs on the field. 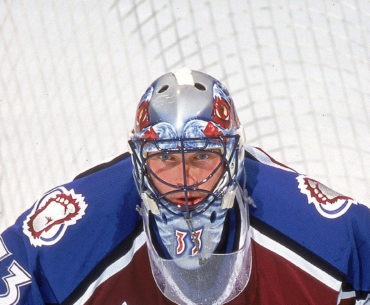 The two best skaters and the GOAT goalie from the Avs game six win over the New Jersey Devils. https://youtu.be/sSWdykvY1A4 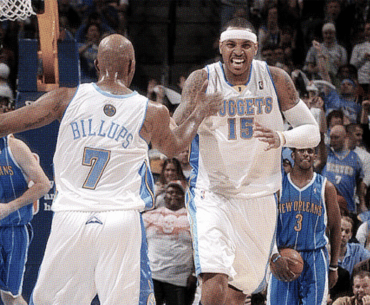 “It was unifying, it was magnifying and it was real”: How Chauncey Billups rewrote Nuggets history

The 2008 trade that sent Allen Iverson to Detroit and brought Chauncey Billups to Denver gave the Nuggets' offense a defined pecking order and the franchise a much-needed leader. 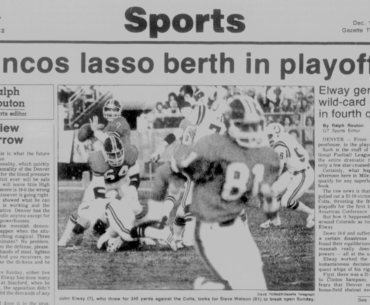 On this date, John Elway began taking his first steps toward legend status. 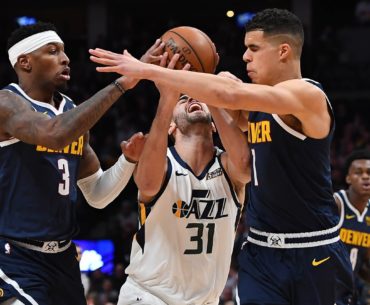 Who is in the Nuggets’ playoff rotation?

Four bigs are one too many for a playoff rotation and given the importance of Jerami Grant to the Nuggets' title hopes, that leaves Mason Plumlee as the odd man out. The easy decision would be to omit him altogether, but he's a Malone-player through and through, and his head coach will find time for him if he can. There may be individual matchups where his size proves useful—like a series with the Los Angeles Lakers, for example. But he should see a fairly limited role, whether he plays or not.

The Torrey Craig/Michael Porter Jr. problem becomes more challenging to navigate in the postseason. There are some matchups, like a series with the Houston Rockets or the Portland Trail Blazers—should the Blazers sneak in—in which playing Craig is not just warranted but necessary. He excels in guarding smaller dynamic scorers, like James Harden, Russell Westbrook, and Damian Lillard, providing a positive net value despite his offensive limitations. But Porter Jr., of course, raises the Nuggets ceiling with his immense talent and the myriad matchup problems his inclusion might present.

Less than a week after the All-Star break concluded, a reporter asked Michael Malone if he Porter Jr. will be a part of the playoff rotation. Without hesitating, he confirmed that is the plan. But in the games that followed, Porter Jr. couldn't buy much playing time. At this point, it's hard to see him as a fixture, but rather a member of a platoon. 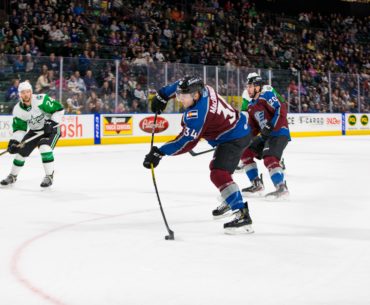 While the world slowly continues to shut down, the Avalanche has been getting a headstart on their summer business. Colorado Eagles leading scorer T.J. Tynan led the way with a new one-year deal last week and the organization followed it up by rewarding Jacob MacDonald with a two-year contract a day later. The two-year pact is a two-way contract set…... 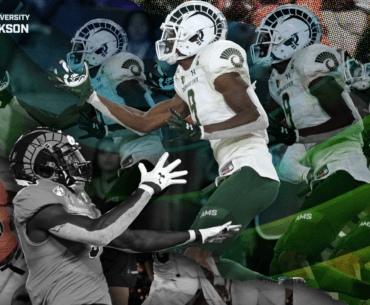 FORT COLLINS, Colo. — Good luck. With Warren Jackson deciding to return for his senior season, my only advice to defensive backs around the Mountain West is you better eat your Wheaties when the Rams come to town. The 6-foot-6, 215-pound, wide receiver out of Mission Hills, California has already proven that he’s a force to be reckoned with on…... 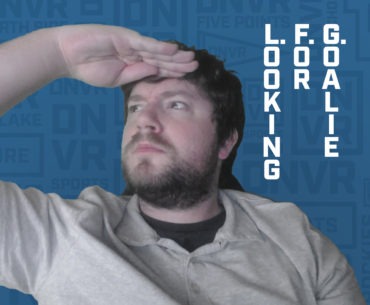 The two best Avs and one awesome crowd from their game five loss to the New Jersey Devils. https://youtu.be/r2y3TSlPP9k 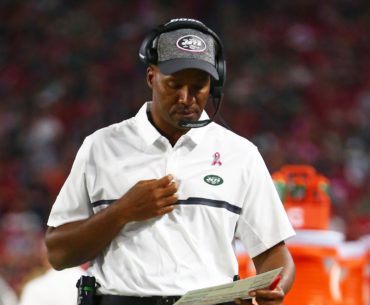 Head Colorado Buffaloes coach Karl Dorrell stepped behind the wheel for the Buffs in February under strange circumstances and, so far, his situation has only become more strange. “We’re still trying to find a way to be productive,” Dorrell said in a conference call with the media Thursday. “We’re working on recruiting, we’re working on our current players and making…...