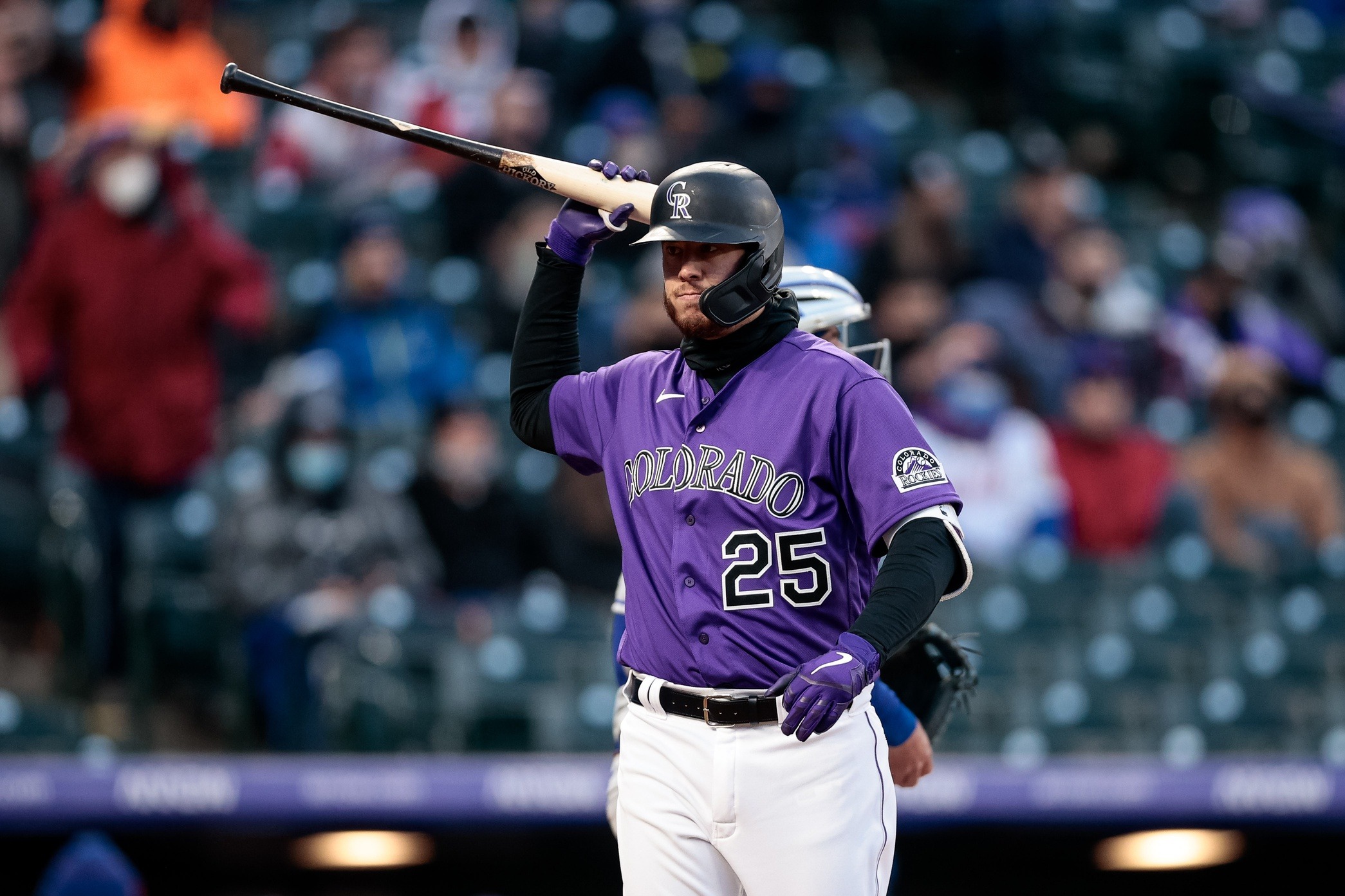 When Cody Bellinger hit an outside-the-park single on Opening Day, it appeared to be one of the more improbable, quixotic plays witnessed in LoDo and was a reminder that anything can happen in any baseball game.

Unfortunately for the Colorado Rockies, most of the unusual occurrences this season have been slanted toward the wrong side of history. With a win-loss record of 4-12 (.250), we could see a lot more of this throughout 2021.

Three times in their first fourteen contests, the Rockies offense had the smackdown laid upon them in the worst possible ways.

In the second game against the Los Angeles Dodgers, Trevor Bauer had a no-hitter through six innings, fanning nine. Only C.J. Cron managed to reach base – twice, via a four-pitch walk and a throwing error – in order to prevent the perfect game at that point.

Even more improbable was the way the Rockies rebounded once Trevor Story broke up the no-no in the seventh. The four home runs during the inning was only the second time the franchise flashed so much power in the same frame. (When it last happened on June 6, 1999 against the Milwaukee Brewers, it was against a second-year starter and a bullpen for a sub-.500 club as opposed to the reigning NL Cy Young Award winner and World Series Champions.)

Colorado got the short end of the stick when traveling to Dodger Stadium when Bauer lined up against them again. This time, Garrett Hampson chipped in an early single, and later a second, but that would be all. The two-hit shutout came in the middle of a 26-inning scoreless streak that was the fifth-longest in team history.

Between series sweeps in San Francisco and Los Angeles, the 0-6 road trip was tied for second-worst, eclipsed only by an 0-7 spell in 1999, also in California. Throw in a four-game losing streak following the Opening Day upset and the Rockies recorded a pair of funks through their first 13 matchups.

Back at the hometown hitter’s haven, things didn’t improve. Friday’s cancellation made Saturday’s double-header the first seven-inning variety at Coors Field. And with it, the potential for perfection with New York Mets’ all-world ace Jacob deGrom on the bump.

Blackmon doubled in his first plate appearance to open the second inning, erasing all hopes for a historic affair. However, if there’s anything to learn from this 2021 iteration of the organization, expect the unexpected.

Following the Nazty two-bagger and a Cron base on balls, deGrom struck out nine consecutive Rockies, a first for 20th and Blake. His 14 strikeouts through six innings was one of more dominant performances by a pitcher at altitude witnessed in recent memory.

Like with the Bauer start in Colorado, the offense crawled back from the precipice of futility to actually take a three-run lead against deGrom thanks to a Nuñez triple and Raimel Tapia home run.

With two no-hitters already in the books through the first two weeks of the season, courtesy of the San Diego Padres RHP Joe Musgrove and Chicago White Sox LHP Carlos Rodón, and a new baseball that has helped reduced long balls somewhat, there will be more coming all around MLB.

Given the type of aces they’ve been unfortunate enough to face through 16 games this season, the odds may be higher than normal that the Rockies could be victimized for only the fourth time in franchise history.

Make no mistake. Even though Colorado is headed down this difficult path for another five months, they’re not ready to give up, give in or allow themselves to be on the wrong end of history.

At least not intentionally.