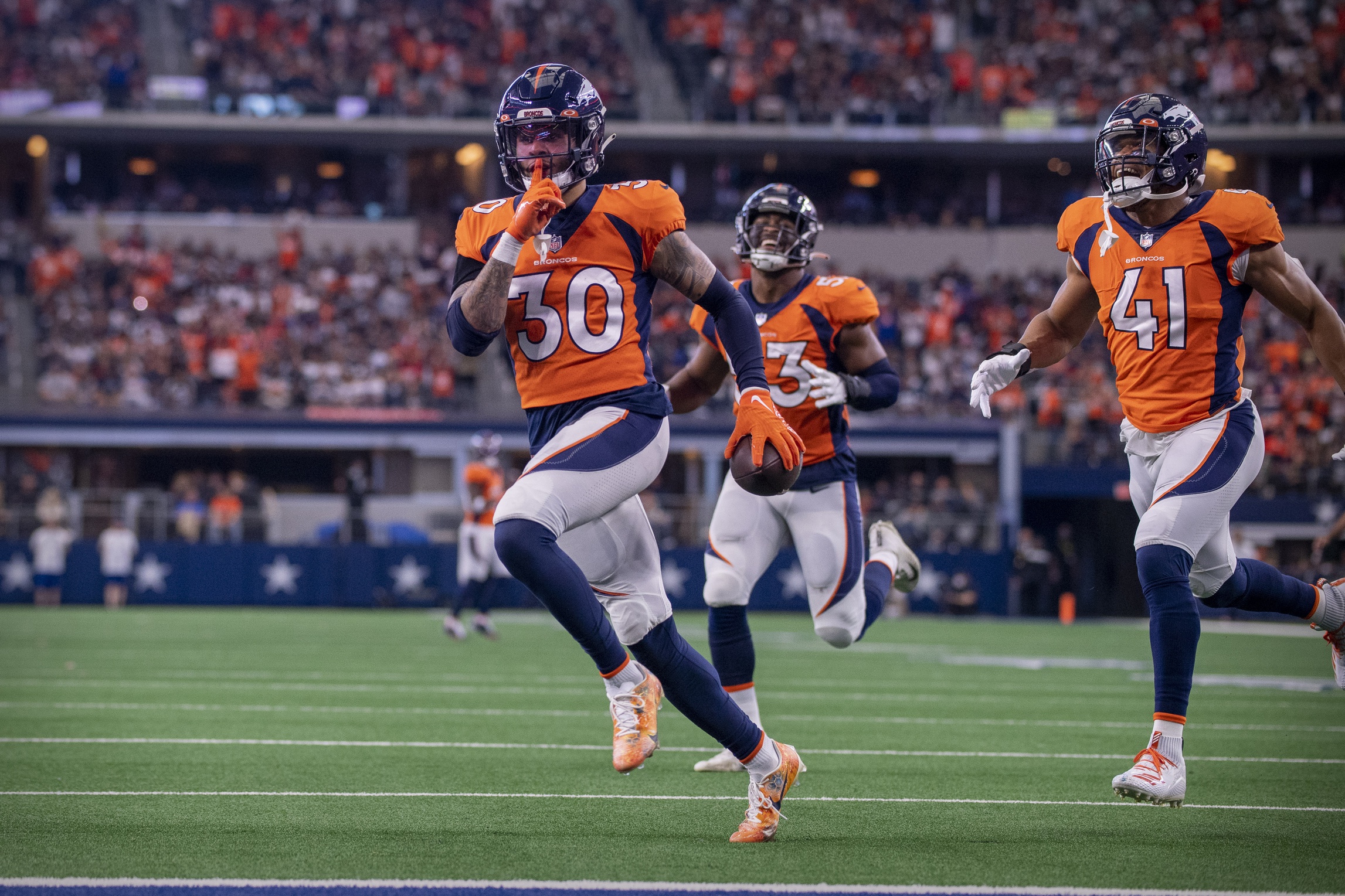 Fortunately for the Denver Broncos and Sterns, the former Longhorn is on schedule to outplay his draft position and become a crucial piece for the new-look Broncos.

Expectations were low for Sterns as a rookie with veterans Kareem Jackson and Justin Simmons comfortably slotted ahead of him on the depth chart entering 2021. However, Sterns showed the talent of a former five-star recruit almost immediately upon entering the NFL.

Kareem Jackson was re-signed by the Broncos late into the 2022 off-season, but there’s reason to believe that Sterns could play himself into a starting role next to Justin Simmons.

Through the Broncos’ first three games in 2021, Caden Sterns had only played 28 defensive snaps with an emphasis on special teams. Sterns earned his first career NFL interception in the late moments of a blowout win over the Jets in Week 3. A sign of things to come for the young safety.

While Sterns would only get a chance to make a defensive impact on seven snaps in Week 4 against the Ravens, he was able to seize the opportunity in front of him and demand respect from Broncos’ fans, coaches and players.

On a third and long with only seconds to go in the first half, Sterns is called on to blitz Lamar Jackson and ends up beating the right tackle inside to get a sack that would make the Ravens settle for a field goal attempt.

On the opening drive for the Ravens in the second half, Sterns came up with another huge play on third down.

Man-to-man coverage out of the slot against Mark Andrews is a tough task for any player, let alone a rookie. But Sterns does his job and more here. Andrews gets physical out of his break and Sterns shows his athletic ability to keep up and match hands with the All-Pro tight end. Sterns stays with the ball after it is thrown and is able to deflect the pass out of Sammy Watkins’ reach to save the Broncos’ defense from a potential big play.

In his final big play of the day, Sterns is able to bag Lamar for another sack on a blitz.

In seven plays against the Ravens offense, Caden Sterns notched two sacks, three total tackles and a pass defense. Encouraging early signs that Sterns may be able to get back to the level of play he was at in 2018 for Texas when he earned First Team All Big-12 Honors as a freshman.

Sterns’ versatility was already beginning to bring back dividends for the Broncos even in a rotational role. His most impressive highlight of the season would come in Week 9 when the Broncos traveled to Dallas.

A tremendous display of football intelligence and overall feel for the game here from Sterns. He is able to read the play and recognize that the two slot receivers are running go routes to clear out space to the field side. Sterns knows he has Kareem Jackson on the opposite hash ready to take any deep crosser allowing him to play the ball.

Would Sterns’ level of play hold up as a starter?

Athletic, versatile and instinctive play early in his rookie season gave the Broncos’ staff confidence to start Sterns opposite of Justin Simmons when Kareem Jackson was inactive.

Two great chances to evaluate Sterns as a starter as he faced off against Justin Herbert and Patrick Mahomes in Week 12 and 18 respectively.

In his first starting opportunity against the Chargers, Sterns and the Broncos’ defense played really well. Then Broncos Head Coach, Vic Fangio, did a great job preparing the defense for Herbert and the Charger’s schemes with great coverage from start to finish.

Sterns was not targeted often by Herbert but he did leave that game with another play to add to his young highlight reel.

It’s Cover 1, man-to-man coverage across the board with Simmons patrolling deep. Sterns is given another tough assignment against rookie tight Tre’ McKitty. Again, Sterns is up to the task and is able to generate a pass defense. Plays like this show encouraging signs that Sterns is quicker and healthier than he was in his final games in Austin.

Coach Fangio crafted up another gorgeous game plan when the Chiefs rolled into Denver to close out the 2021 season in Week 18.

The Broncos’ defense played strong, sound and reliable coverage nearly all game against the explosive Chiefs, and Sterns handled Kansas City’s aggressive vertical attack with impressive confidence and ability for a rookie.

I don’t have to tell you that the Chiefs love throwing the football, but when it comes to defending the Chiefs’ rushing attack as a safety you have to be able to cover a lot of ground quickly and reliably tackle. The Broncos have a light box against this look from Kansas City which leaves them vulnerable to a run since they are technically outmanned and outgapped up front. Sterns’ task on this play against the run is to contain any run that gets outside of the left tackle. The back bounces outside and Sterns is able to make a great play that prevents a chunk play.

He wasn’t able to get his hands on the football when it was thrown near him, but Sterns showed great ability playing deep safety.

It would be pretty easy for Sterns to take the receiver splitting the hashes but he remains sound in coverage knowing that he could be getting set up for another receiver over the top. Not a flashy play, but Sterns’ routine confidence in his ability and where he needs to be on the field was apparent in the season finale. Perhaps even more important than creating highlight plays, Sterns absolutely belonged on the field against Patrick Mahomes and was far from a liability for the Broncos on this day.

What’s next for the second year Bronco? Judging off his rookie season, it’s hard to see Sterns as a glaring weakness in the Broncos’ secondary if he was asked to start early in 2022.

The Broncos re-signed Kareem Jackson on a one-year deal worth only $2 million. Jackson has spent the last three seasons partnering up with Justin Simmons to form one of the premier safety tandems in the NFL.

But he enters his 13th NFL season at the age of 34 and while his level of play has yet to drop off, it only makes sense for the Broncos to get Caden Sterns, young players like Jamar Johnson and Delarrin Turner-Yell valuable game reps to eventually succeed Jackson.

Caden Sterns is first in line to become the starter alongside Simmons and if he is able to continue the level of play he was capable of in 2021, the Broncos could continue to roll out one of the best safety duos in football.

But having Jackson on the roster allows the Broncos to make that decision naturally and without haste. Jackson certainly isn’t being paid starting-safety money and if we read the tea leaves it’s not difficult to imagine a scenario where Jackson starts the season and Sterns takes over at some point along the way.

Either way, Sterns showed plenty of ability in a limited role as a rookie. Perhaps the Broncos would be best served to play Simmons, Jackson and Sterns together.

Whatever the outcome, it would be a surprise if Sterns doesn’t make some game-changing plays throughout the year for the Broncos in 2022. 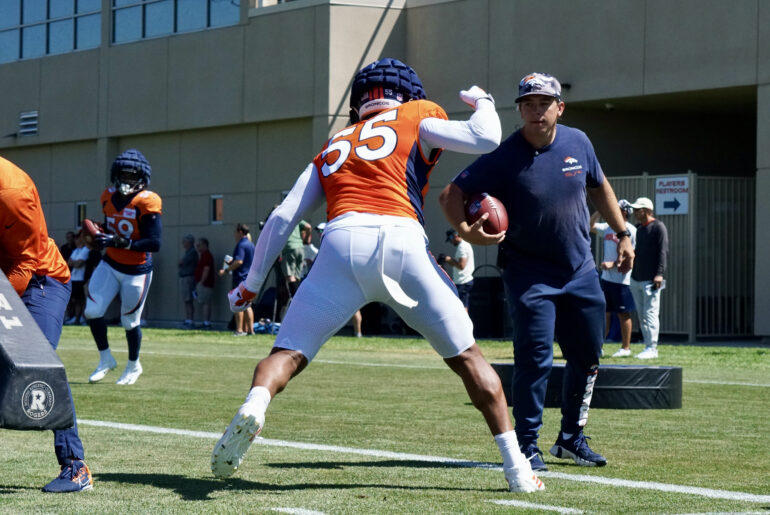 What we learned at Broncos camp today: Nik Bonitto’s breakout led Denver to a defensive win

DNVR Broncos Podcast: How Russell Wilson, Nik Bonitto and the Denver Broncos won the day against the Dallas Cowboys in joint practices 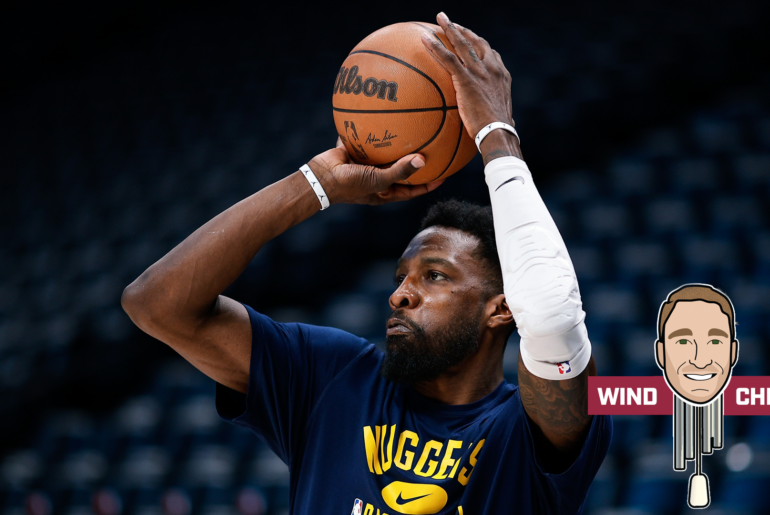