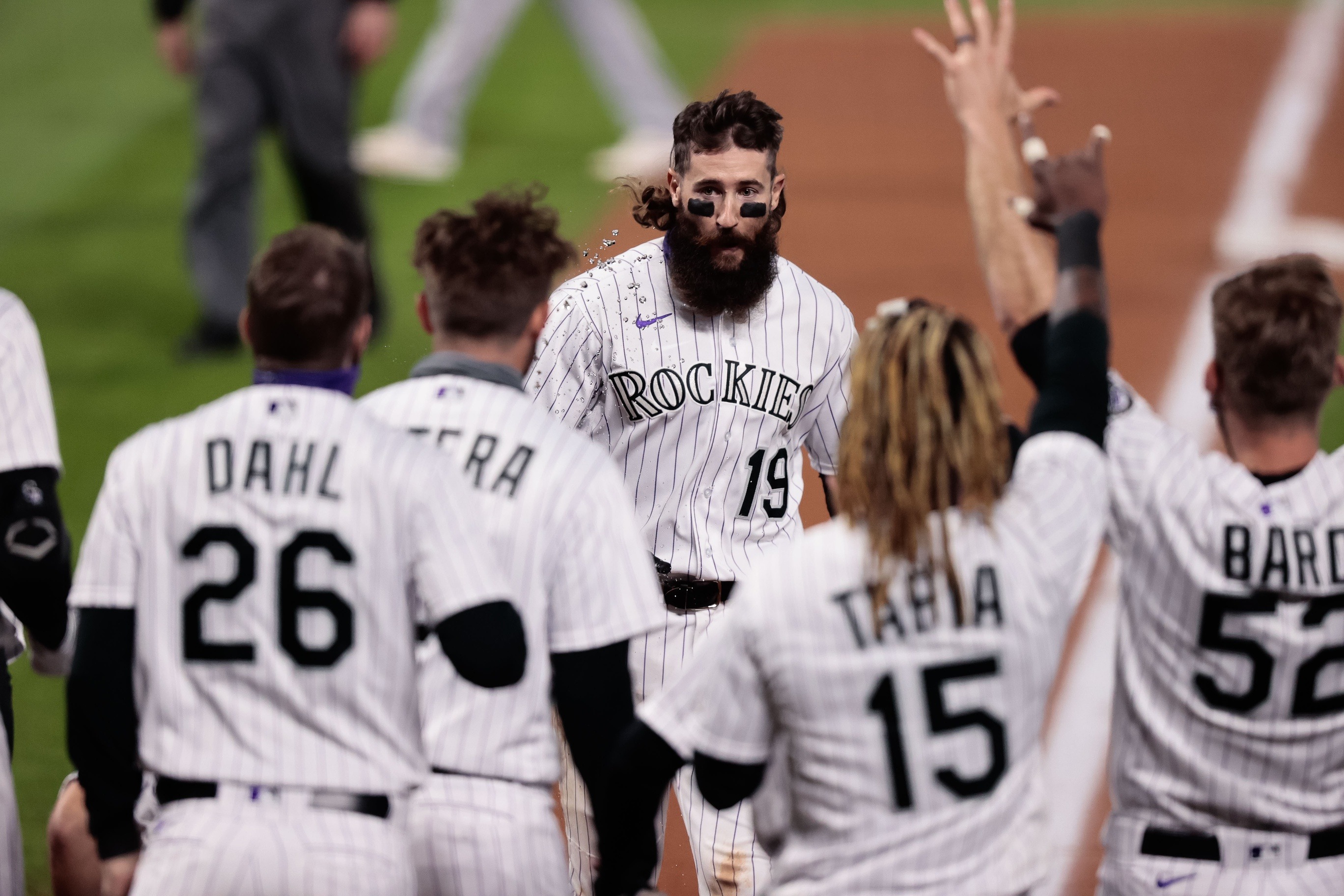 With their season hanging in the balance, the Colorado Rockies traversed an entire mountain range – ascent, descent and back to its peak – to win 8-4 against the Los Angeles Angels on Friday night thanks to a walk-off grand slam by Charlie Blackmon.

After solo home runs by Jared Walsh and Anthony Bemboom in consecutive innings against the bullpen’s Mychal Givens and Daniel Bard, respectively, Colorado needed a prayer to salvage a win with three outs remaining.

In the bottom of the ninth, Ryan McMahon tied it with a dinger the opposite way that kept traveling before Josh Fuentes followed with a stand-up double. Daniel Murphy was announced as the pinch hitter for Tony Wolters and was immediately placed on first base via intentional walk.

Maddon got it and then Blackmon got it.

Early in the game, a pitcher’s duel broke out on the corner of 20th and Blake between young hurlers Griffin Canning and German Márquez following a two-run first by Los Angeles.

Colorado punched their way back into the game in consecutive at-bats by Story: first, with a two-out rally to tie the score at two apiece in the third; next, a triple to put ahead his club, 3-2 in the fifth frame.

Even before Story’s moment, it began with Tapia’s two-out single in the fifth to spark some, well, momentum. Trev smacked one deep the opposite way that continued to carry in the cool Colorado night and hit the auxiliary scoreboard in right field, evading the reach of Taylor Ward.

It was a performance akin to a staff ace getting the job done while he awaited for his offense to pick him up following an early miscue.

Let’s get something straight: one hard hit ball – with just a .360 expected batting average – landing for a single does not warrant two earned runs going against one’s earned run average.

Some shoddy defense, including an uncharacteristic throwing error by Story, damned the first inning for the Rockies.

Rather than pout, Márquez picked up himself to go another six innings on just 68 pitches, allowing only two hits, one walk and striking out four.

Moment of the Game: Walk-off grand slam for Blackmon

There’s a reason his nickname is Chuck Nazty. With Angels’ reliever José Quijada having thrown seven of his last eight pitches for balls and ahead in the count 3-1, Blackmon got a fastball in his happy zone to end it right then and there.

With Mike Trout waiting on deck, the undrafted first baseman made a back handed dive on a surefire double down the line off the bat of 39th round first baseman Walsh. Fuentes got up and prepared a toss to Márquez, who was not in position, before sprinting to the bag to beat Walsh.