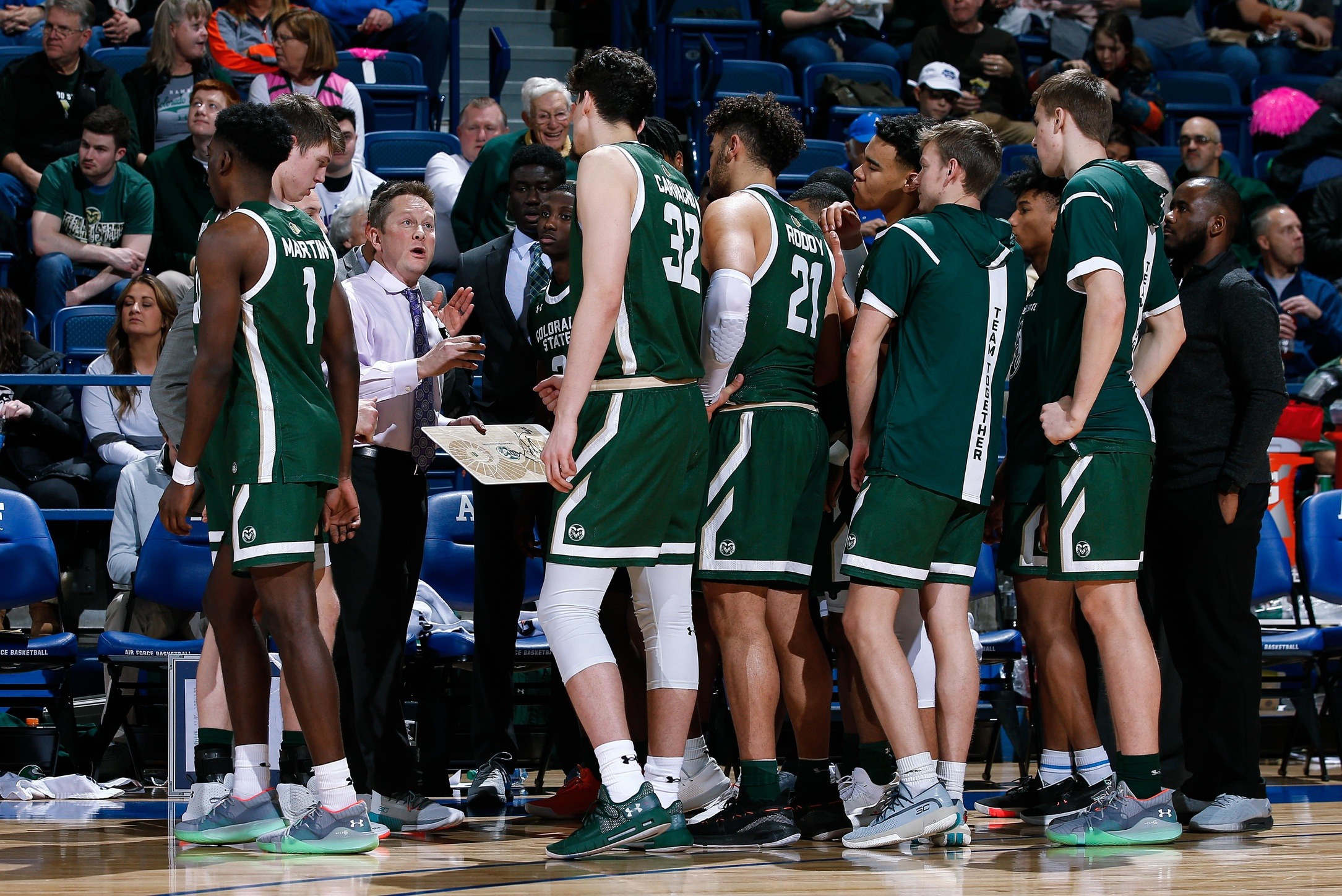 FORT COLLINS, Colo. — Basketball is what you do, it’s not who you are. This message has been preached by Niko Medved since the start of the season.

Meant to tell the players that life is much bigger than their accomplishments on the court, this simple yet apt motto could be applied to most walks of life. After Sunday’s tragic news that Kobe Bryant and eight others, including his daughter Gianna, were killed in a helicopter accident, the message holds a little more weight.

Following Tuesday’s practice, Medved stood on the side of the court while some of his players continued to take jump shots, and explained that he will always admire Bryant’s competitiveness and tenacity. With a smile on his face, Medved told DNVR Rams that like many of us, he re-watched Bryant’s infamous final game on ESPN Monday night.

Even more than his athletic ability, which was extraordinary, Medved said what stood out the most to him about Bryant was his life off the court. Medved, who is a husband and father of two young daughters, explained that his players looked at a 41-year-old Bryant and likely thought, ‘he is getting old’.

But when Medved looked at Bryant, he saw a man that looked happier than ever — a man that was dedicated to spending time with his wife, Vanessa, and his children.

“He had this beautiful family,” Medved said. “He was just starting to go on with this great chapter of his life. He was going to be home for dinner, ya know, — and to see that taken away, it’s so heart wrenching. It makes you think about your (own) family,  your (own) daughters and all the things you take for granted.”

As Medved eloquently explained, he believes he has the best job in the world. Coaching is something that he pursues with passion and intensity on a daily basis. Even so, basketball is not what defines him as a man because he knows there are more important things in life.

We may not necessarily always appreciate those things in life enough, or the people that we are blessed to have around us.

“Sometimes it takes something like this. Somebody who is so recognizable, so close to your heart, somebody you grew up idolizing — that boy, it puts life into perspective,” Medved said.

But during these difficult times, Medved believes self-reflection is both important and healthy.

“Why don’t we do that every day? I’m no different, I’m human. We take things for granted and it’s just another reminder — just like we had here on Wednesday night, with the cancer event — it puts life into perspective.”

When the news initially broke Sunday afternoon, Medved did not want to believe it was real. A worldwide icon dying in the prime of his life is not something that we experience every day. Elvis Presley, John Lennon and Michael Jackson are a few names that come to mind but it’s been a while since people around the globe grieved over an individual together.

“It’s just something that I don’t think anyone will ever forget,” Medved said. “When you’re there and you hear the news and it just can’t be real.”

The players expressed similar sentiments of disbelief. Freshman forward David Roddy told DNVR Rams that he wanted to believe it was some type of internet hoax. One of the downsides of social media is widespread misinformation — we’ve all seen it before — and Roddy hoped that this was another instance of an internet prankster pulling a cruel joke.

“I was immediately in denial,” Roddy said.

Eventually, though, reality set in for the up-and-coming star. After seeing the LA Sheriff’s Office and ESPN both confirm TMZ’s report, Roddy had to accept the horrible truth: Kobe is really gone.

“I just couldn’t believe it,” Roddy said. He was such a staple in my life, and in everyone’s life.”

“I called my brother as soon as I heard it and we were just sitting there kinda in awe that something so tragic just took place,” Isaiah Stevens added. “Kobe was definitely one of those guys that I looked up to and I’m still going to look up to.”

The way the guys see things is simple — you either loved No. 24 or you hated him — there was no in-between. No matter what side of the fence you were on, though, you had to respect his game and his killer instinct.

As they go on with their lives, the young Rams hope to honor the legendary hoopster by embracing the “Mamba mentality” and never ignoring the little details. Whether it’s on the hardwood or in a future endeavor, they know turning up their level of focus by a notch or two is the way Bryant would have done things.

“We can see his game and his legacy live on through almost every one of us,” Roddy said. “Just with the hard work and the dedication and saying no excuses. You can do anything you want through hard work. His legacy will live on through us subconsciously, forever.” 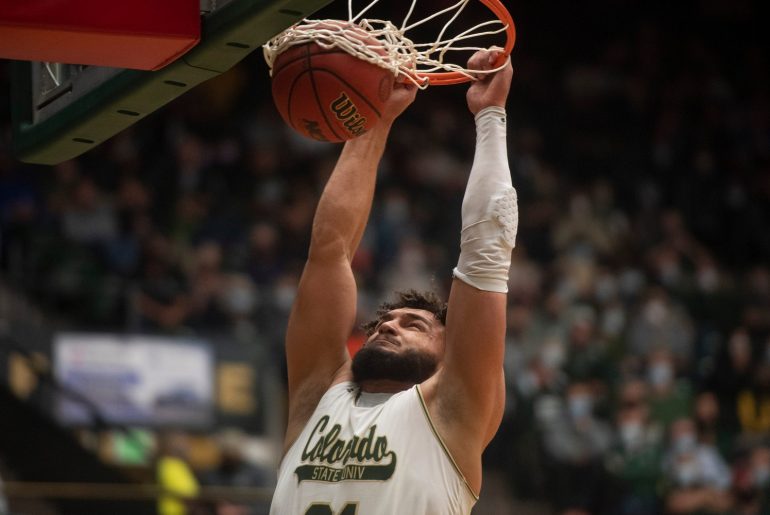 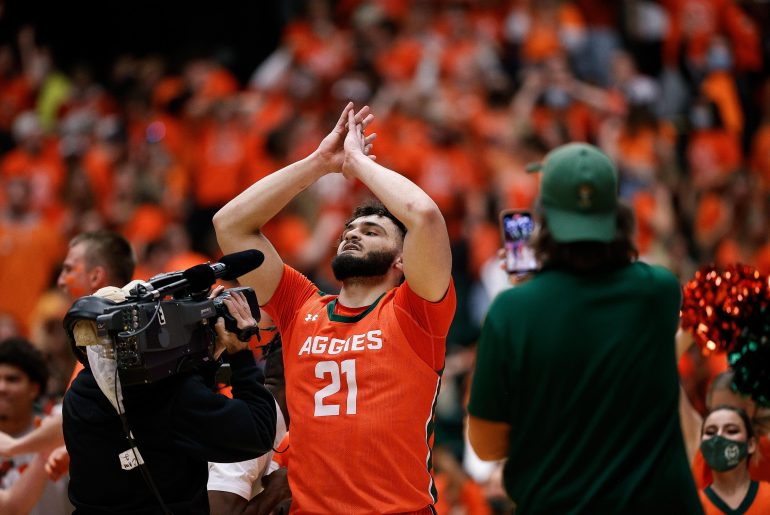