Colorado closed out the final leg of their three-game road trip against the Dallas Stars. Both teams entered tonight’s contest on a two-game win streak and hungry to take coveted division points. In the division, Colorado was just behind Dallas at the number two spot with 21 points.

Though on a win streak, the Avs crawled into tonight’s game battling the same absences as before: Gabriel Landeskog, Val Nichushkin, Darren Helm, Sam Girard, Kurtis MacDermid, and Bo Byram all remain out of the lineup.

Alexandar Georgiev’s outstanding play has soothed their troubles. He posted a shutout against the Washington Capitals in Saturday’s 4-0 win and earned the start again tonight. Dallas stacked up well on paper too.

The top-heavy Stars have a solid first line. Jason Robertson is particularly on a tear with 27 points in 18 games, Roope Hintz is not far behind with 22 points in 17 games, and noted Avs-killer Joe Pavelski still has gas left in the tank with 21 points. Hintz, though a game-time decision, was good to go and only bolstered their forward group. Similarly, Jake Oettinger got the start tonight and the 23-year-old has a solid 0.927 SV% in 11 starts.

There were some close calls on the penalty kill. About five minutes into the first, Josh Manson took a tripping penalty on Joe Pavelski and Colorado would be without one of their regular PK’ers.

At 8:41, Mikko Rantanen drew a hooking call from Joel Kiviranta. Colorado kept the puck moving on the cycle. Artturi Lehkonen recovered the puck along the boards and sent it to Mikko Rantanen posted up behind the net. Rantanen fed the puck to Cale Makar at the right circle and fired it into the top corner. Historically, Makar hit the 200 points mark becoming the fastest defenseman to accomplish this feat in just 195 games (the previous fastest was Sergei Zubov in 207 games).

At the midway point, Martin Kaut was involved in a weird collision and left for the rest of the period. Colorado had another powerplay chance but was unable to convert. On the whole, there were some sloppy moments: errant passes and turnovers, but Colorado closed out the period on top thanks to Makar’s goal.

About five minutes into the period, Jamie Benn took issue with Josh Manson’s hit on Mason Marchment. Manson was up to the task and went toe-to-toe with Stars captain Jamie Benn in a tilt. Benn’s an experienced fighter, but Manson had the clear edge and landed at least two right hooks to take him down.

Manson and Benn went to the box with matching fighting penalties and a minute later, Andreas Englund crosschecked Robertson into Georgiev and caused the goal to dislodge as the puck slid underneath. Toronto ruled that Georgiev never covered it and Dallas tied the game 1-1.

At 5:33, Kaut returned to the game which was a welcome sight. He had a small cut on his arm that needed tending to and went through protocols before returning. Shortly after, Lehkonen was high-sticked and Colorado went on their third power play of the game. They were unable to capitalize on the chance.

The second half of this slipped out of the Avs’ hands a bit. The errors became a bit more costly and thankfully didn’t result in a goal against. It looked like they were just trying to keep their heads above water with particularly rough play from the bottom-six forwards.

In all situations, Colorado’s corsi-for slid to 36.84% and Dallas gained a slight advantage in scoring chances and shots.

Two minutes in, Kaut carried the puck around the perimeter and sacrificed the body to weather contact and complete his pass to Andreas Englund at the point. Englund’s attempted pass was blocked but routed to Evan Rodrigues. Rodrigues sent the puck to the netfront and Alex Newhook was perfectly positioned upfront to settle it and tap it in.

The Avs regained control in this period. Colorado outshot Dallas, controlled possession and created more scoring chances – high danger and otherwise. Terrific play from Oettinger kept the Stars in it.

Dallas pulled their goaltender under the two minute mark. At 19:34 with the extra skater, the Avs were too aggressive in their defensive zone coverage. The Stars were moving the puck well and retrieved their own rebound to reset. Logan O’Connor skated from down low to engage Roope Hintz at the top of the right circle and exposed a passing lane to Robertson. Robertson buried it from a challenging angle and tied the game.

Colorado started Nathan MacKinnon, Mikko Rantanen, and J.T. Compher. Compher had a great defensive effort in their OT win against Carolina recently, and the unit won the opening faceoff.

At 2:39, MacKinnon drew a tripping call upon entry and the Avs gained the man advantage. MacKinnon attempted the one-timer from the left circle twice. They regained most of their rebounds and moved the puck well, but Dallas’ defenders were keyed in and successfully killed it.

Colorado moved the puck around the perimeter and controlled possession, exiting and resetting entries at will to look for the perfect set up. It looked effortless and cautious. They generated some chances, but seemed to take a careful approach. Terrific defensive effort, smart stick checks from Compher again and Josh Manson prevented scoring chances in the final minutes and this one was headed to a shootout.

Mikko Rantanen pulled off a sleight of hand. He looked like he was just setting up, still pretty high in the slot, rapidly moving the puck between the forehand-backhand. His gaze was on the puck as if he was still getting ready, and he deceptively launched the puck into the back of the net with a powerful flick of the wrist. Alexandar Georgiev shutdown scoring attempts from Tyler Seguin, Joe Pavelski, and Jason Roberston to seal the deal. Colorado won 3-2.

Injuries are an inevitable part of any season. I don’t want to overvalue a win simply because the feat was accomplished even with a thinned out Avs roster. By itself, it is not the important takeaway. This stretch of games tested the Avs top line and its depth. They tested the strength of goaltending for both Georgiev and Pavel Francouz. They tested a defensive corps missing three lineup regulars.

The team meetings held at the beginning of the year to address expectations established the buy-in necessary to pull out wins. If everybody is buying into the same standard, there are few sets of scenarios – take injuries for example – that a teamwide buy-in can’t overcome.

Colorado continues to win the special teams battle. Tonight it was not as obvious because the Avs scored on one of six powerplay opportunities and weren’t tested much on the penalty kill. You’d like to see them convert in an overtime powerplay chance handed to them on a platter, but it was goal scoring on the powerplay in the first period that ended up saving them on the scoresheet later. They were one-for-one in the only kill asked of them, but it’s the little advantages early that won them the game late.

The Avs matched the strong, physical play of Dallas with quiet, physical play of their own. Mikko Rantanen specifically has struggled with consistency in the past. When his production is up, sometimes you see poor decisions away from the puck that are papered over with offense – usually not egregious but of the bumbling, clumsy variety. Lately, Rantanen has incorporated strong physical play alongside his playmaking and goal scoring. He finished the night 62.50 CF% and 2.92 expected goals, second in ice time among the forwards behind Nathan MacKinnon who has been impressive in his own right too.

Finally, Cale Makar’s historic achievement to reach 200 points the fastest of any defenseman was not a matter of ‘if’ but a matter of ‘when’. Dallas’ head coach Pete DeBoer put it best when he described Cale Makar as “very, very special.” There are few who can have the 200-foot on-ice impact Makar has for a full 60 minutes night in and night out. He ended the night with 32:17 minutes on ice. He attributed his milestone to the contributions of his teammates, “I don’t get to that point without these guys.” From being a stabilizing force atop their defense to a reliable points producer quarterbacking their first-in-the-league powerplay: Cale Makar is very, very special. 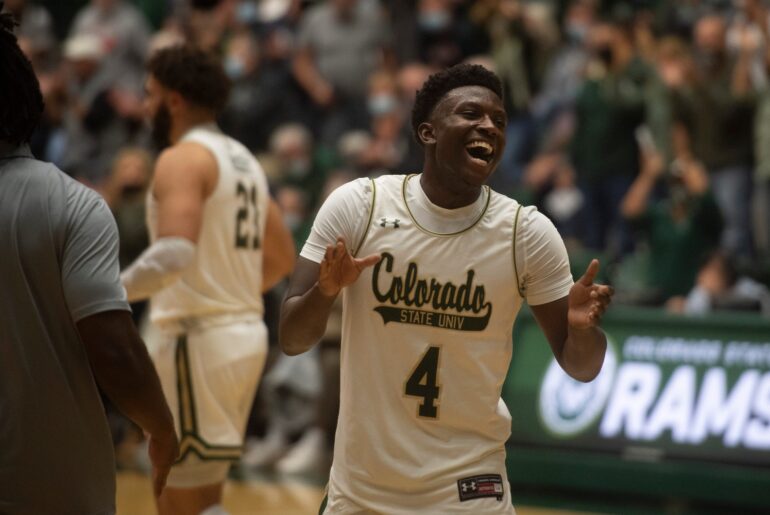