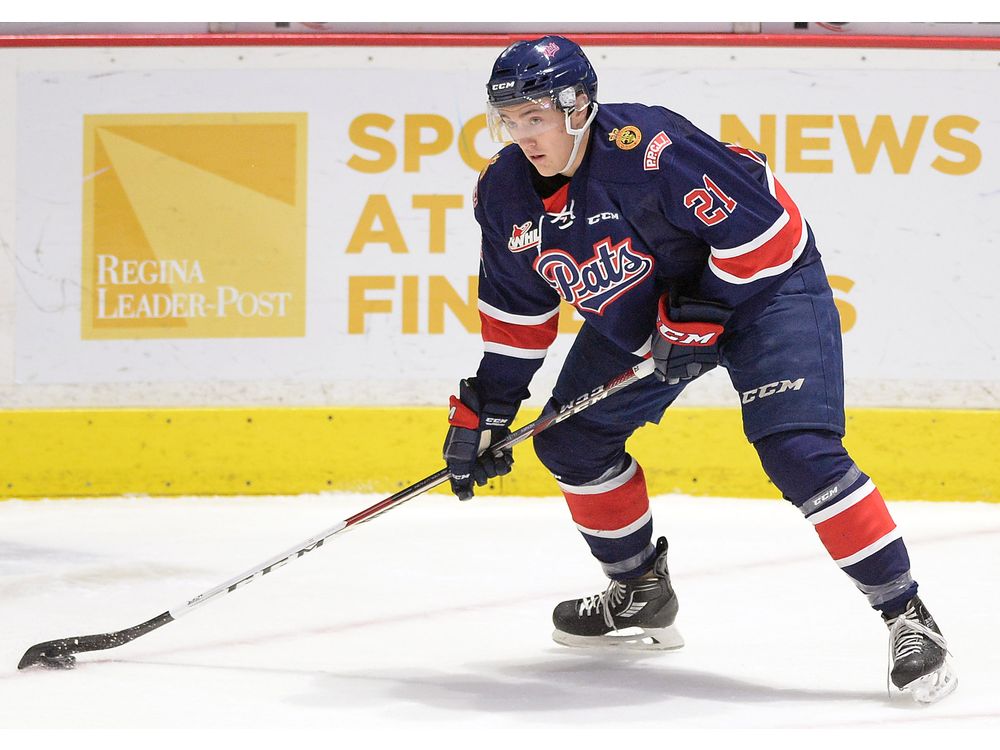 Avalanche Prospect Report: Avs’ youth is off to a hot start

Sampo Ranta was Colorado’s third-round pick in last years draft. Ranta has electric skill, but has been criticized by some *cough cough…AJ* for having low hockey IQ, which is part of the reason NCAA seemed like the correct route for him.

A good start saw Ranta collect two goals in his first two games (one of which ran on highlight reels across hockey Twitter). The fast start has slowed just a bit, but this is a season for Ranta to grow. He’s got NHL potential, but he needs to work on his decision making to avoid becoming Nail Yakupov-lite.

Somewhat of a forgotten prospect in the Avs’ system. Cam Morrison was Colorado’s second-round pick in 2016 and has had decent freshman and sophomore season for Notre Dame amassing 47 points in 80 games. A big, strong, two-way forward who plays on the wing, Morrison continuing to take steps forward could be exactly what Colorado needs in its organization.

An ok start for Morrison, five points in nine games is nothing to scoff at. But with this being his third collegiate season you do want to see him get over the 24 point hump, and that pace needs to pick up if he’s going to.

Probably Colorado’s best forward prospect that isn’t already in pro hockey. Bowers had a breakout freshman season at BU centering a line that featured Brady Tkachuk, Ottawa’s fourth overall pick from this last summer’s draft. Bowers was somewhat… overlooked during much of last season, as he paced his line with 15 goals and 32 points.

Boston isn’t the powerhouse it once was, but Shane Bowers is “the guy” this year. He should be playing out this year and leaving for pro hockey when the season is over.

When Cale Makar announced that he wouldn’t be making the jump to the NHL and would be going back for a second year at a historically mediocre program, he drew criticism from many. Including yours truly. But, per usual, it looks like I was wrong.

Makar has exploded out of the gate. He has been named Hockey East’s player of the week twice, and player of the month in October, all while carrying UMass to their first top-five ranking in school history. Makar told me over the summer that he didn’t feel like he was good enough to leave jump to the NHL yet; I bet he won’t feel that way this March.

At one point, I really did think the Avs had a legit future NHLer in Smirnov. But after a huge freshman season, his point production was nearly halved in his second season. Being that he is a bit undersized, his production needs to be much more consistent for him to make it in pro hockey. I think he can do it, but we’ll really need to see something this season.

A pretty decent start for Smirnov, collecting seven points in the team’s first nine games. I’d like to see him get back to a point per game pace that he carried in his freshman year.

Ugh. I think this might be my biggest disappointment here in the first part of the season for Avs prospects. Weiss is a really interesting player, good skating, great skill, but seeing as he played on a stacked USNDP team it was a little difficult to get a good read on just how good this kid is. Unfortunately, Weiss was injured in the final preseason game of the year and only just played his first two games of the season last weekend.

Woah boy. When the Avs sent this kid back to juniors after training camp, pretty much everybody was confused. Brandon Saigeon did everything that was asked of him and had a pretty solid camp from start to finish. So it’s no surprise that him playing another year against the same players he beat up on last year is going pretty well.

Brandon Saigeon is having a monster year in the OHL. 37 points in 22 games to start the season and a lot of those points have been off of highlight-reel plays. Saigeon projects to hopefully be a solid bottom-six player for the Avs in the future, but Colorado needs to get him into pro hockey to keep that development going.

Another CHLer that is off to a blazing start, Nick Henry is bouncing back from last year in a huge way. Henry had off-season shoulder surgery over in 2017 and it delayed his start to the season, missing the first quarter of the 2017-2018 season. He never really got going the way we had hoped and he finished with just 29 points.

Fast forward to 2018 and he had a full summer of training, was fully healthy for Avs rookie and main camp, and is dominating out of the gate. A strong, smart right wing with some offense in his game is exactly what the Avs need in their organization.

Ahhhh “little Z”. Colorado’s fifth-round pick this last June in Dallas, Zhuravlyov is a high skill player on the blue line. Maybe overlooked a bit because of the uncertainty in whether he would come over and play in North America, but this kid can play.

A slow start for Zhuravlyov. Really slow. For a kid who is most effective when he is collecting points, he’s done very little point collecting to start the season for his pro club Bars Kazan. It should be pointed out that he has spent some time away from the team playing in the Junior Super Series, a series of games played between a team of Russian junior players and various CHL teams across Canada. He was better there, recording one assist in six games played.

This is definitely a player to keep an eye on when checking in on your favorite prospects. A lot of scouts from around the league really like this kid. Originally slated to play in the MHL (the KHL’s version of the AHL), Kovalenko made the jump to the parent club to start the season. Colorado’s sixth-round pick in 2018, one scout said that this has the potential to be the steal of the draft for the Avalanche.

He earned the spot on the KHL club and made a name for himself right away scoring four goals in the first handful of games. He hasn’t put anything else on the board yet, but he will. We all know KHL teams handle rookies in an… interesting way, so he really has to earn his ice time.

The second youngest player on our list just so happens to be a goaltender. [One of] Colorado’s third round picks this year, Annunen is a tower goaltender who describes himself as “good at everything”. So there you go, goalie of the future right?

Not exactly. Annunen is off to a nightmare start in his native Finland. When he showed up for rookie camp, he looked very uncomfortable, very raw. It became clear the this is a very young goalie who is going to need a lot of development. If Colorado wants to protect their third round investment, they need to stay on top of how he is developing and step in where is possible. The ceiling is there for Annunen, but he’s quite a few stories away right now. 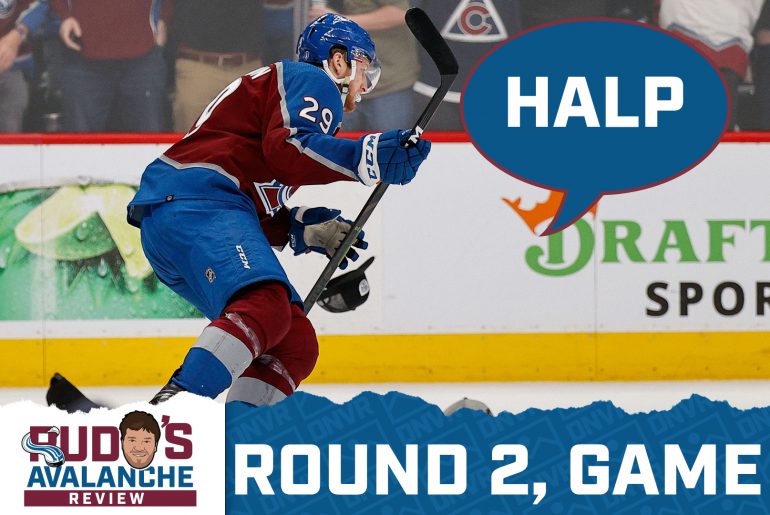 Avalanche Review Round 2, Game 5: What Should Have Been The Nathan MacKinnon Game 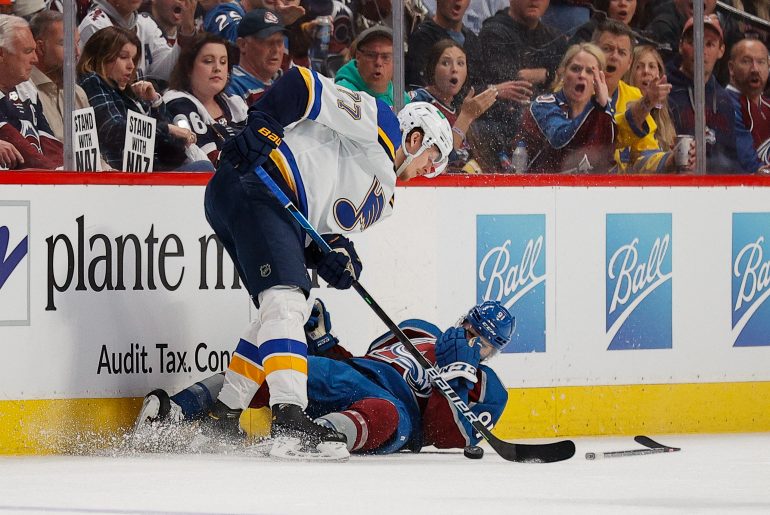 Avs Round 2, Game 5 Grades; The one that got away

Disaster strikes as Avs fall to pieces in Game 5 meltdown