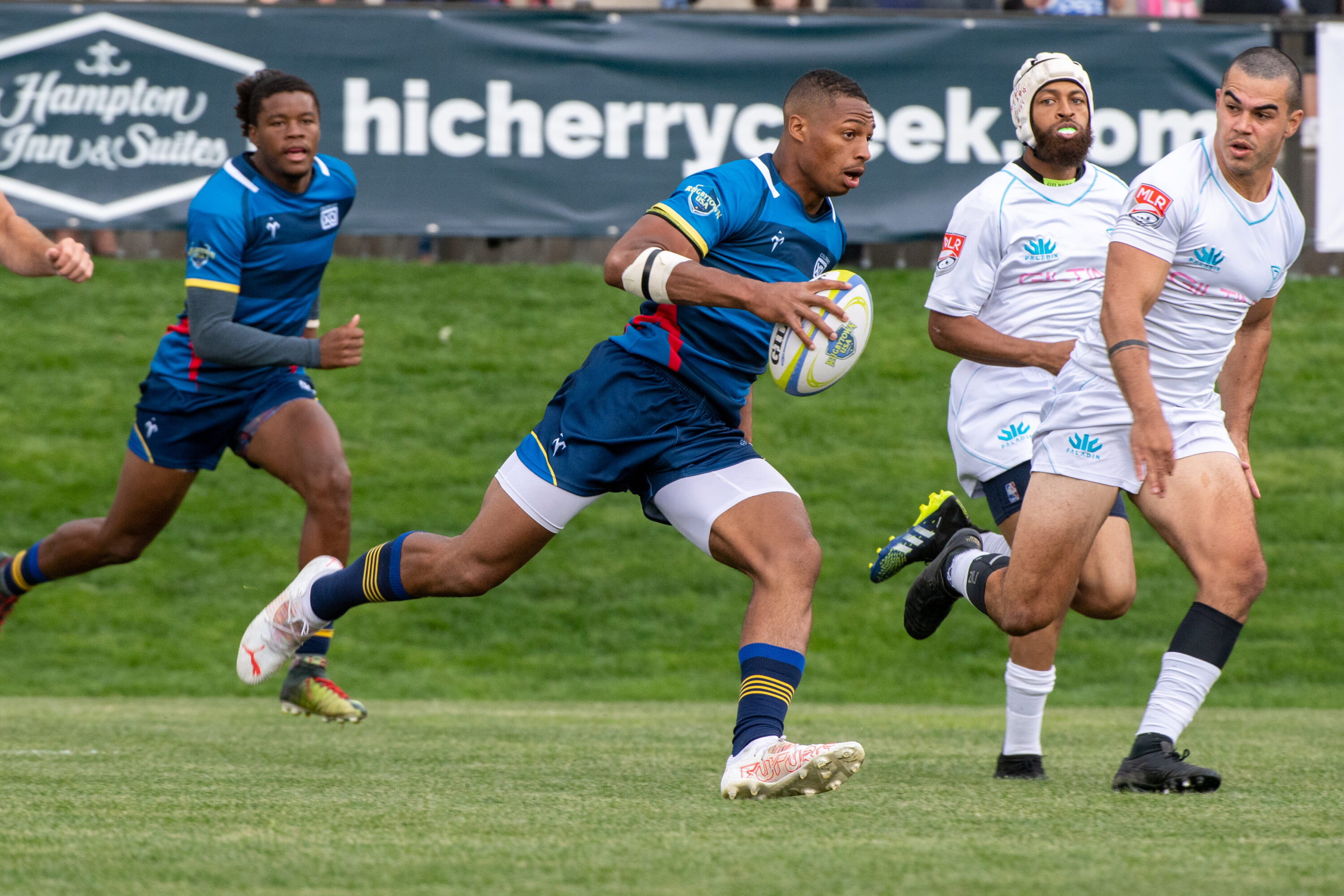 If the Colorado XO program is being judged on the number of athletes they put into Major League Rugby, then it’s fair to say the program is a successful one as fullback David Still becomes the fourth member of the team to sign an MLR contract in the program’s first year.

Still will wear the No. 23 jersey in the Gilgronis match against the Toronto Arrows on Saturday evening.

Still joins XO players Ma’ake Muti, Gelen Robinson, and Shawn Clark as the fourth player to make the leap to the top professional competition in the United States since the program officially launched in January. Muti, Robinson, and Clark all signed contracts with the Los Angeles Giltinis.

Like Robinson and Clark, Still came to the XOs with no rugby experience. Still did a little bit of everything on the football field for Saginaw Valley State. After contributing on both offense and defense during his freshman year of college, Still found his niche on the defensive side of the ball. He thrived as a defensive end and a linebacker for the Cardinals before setting his sites on the NFL.

COVID denied Still a chance to show his abilities at a pro day, and that’s when Colorado XO director of recruitment Peter Pasque reached out to him about giving rugby a try.

“I didn’t know anything at all before this,” Still said on the DNVR Rugby Podcast.

Still was arguably Colorado’s best player despite playing the sport for the first time in his life 15 weeks ago. Not only is he a sure tackler from his days as a linebacker and a defensive end, but he was also one of the most dangerous players with the ball in his hand as well. That’s a large part of the reason that Still made an appearance in all 10 matches that the XOs played in 2021 and led the team in tries scored with six.

“I pay attention to the way defenses move and how they react when they kick,” Still said of his ability to score tries. “After the first two kicks, I’m really getting down to how a defense is going to react to me returning the kick.”

.@david_123451 took a pass from @JLatu11 and walked the tightrope down the touch-line for his second try of the match.

“Mark [Gerrard] and I really liked the raw athletic ability David has and the speed threat he could present for the opposition,” AG Head Coach Sam Harris said in the release. “So we felt we’d bring him up to speed on the team pattern this week and let him stretch his legs on Saturday.”

“David Still is a great talent and an individual with exceptional character who has a strong work ethic and desire to improve,” Colorado XO director of rugby and head coach Mark Bullock said. “David is very dangerous with the ball in hand and a sure tackler. David’s signing validates that we are on the right path. And, our vision for  developing elite athletes to crossover  rugby players  can be accomplished in a relatively short time if you have the correct athletes.”