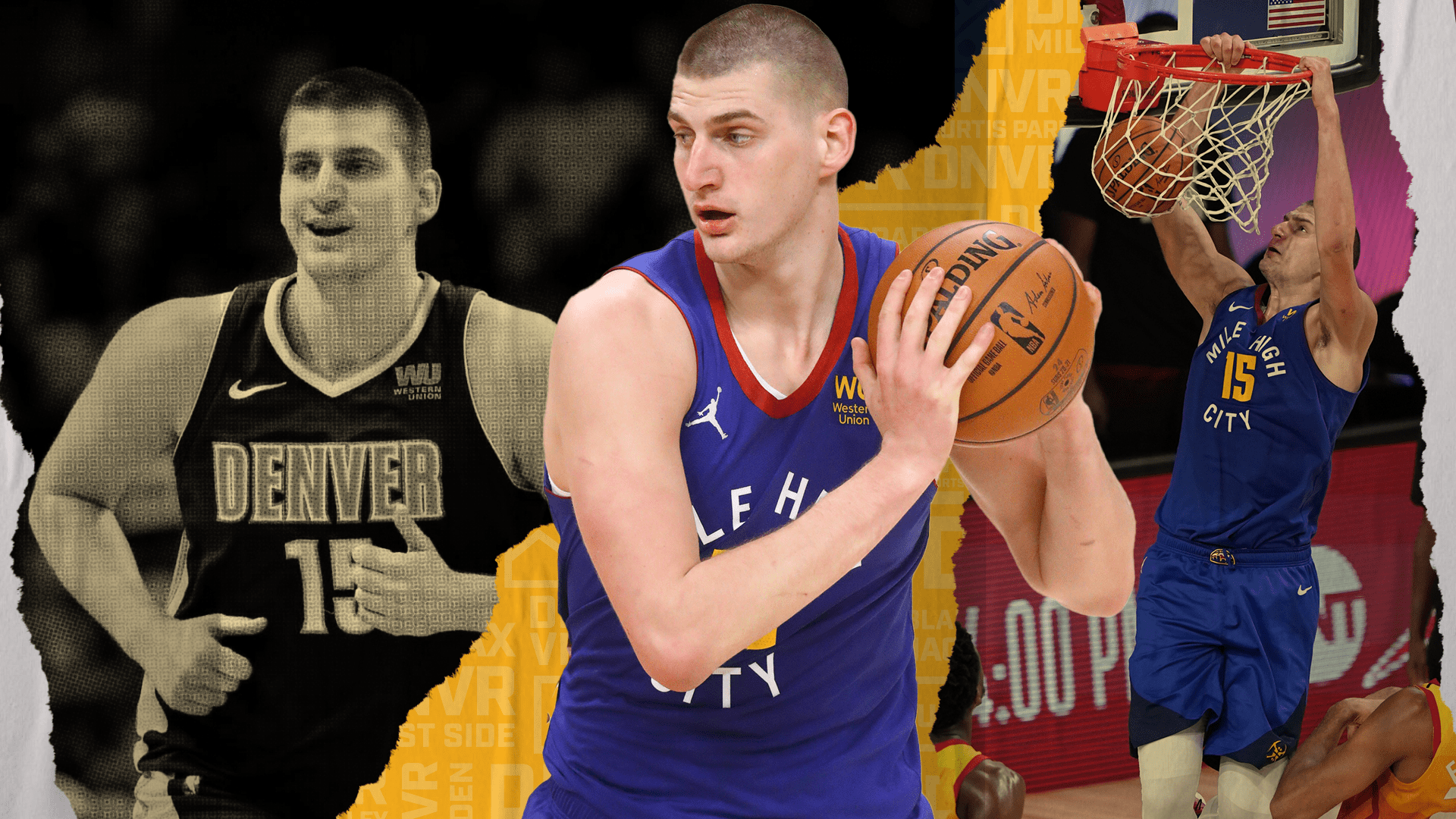 It’s taken some time for Nikola Jokic’s teammates to adjust to the sight of the Nuggets’ All-NBA center soaring through the air and dunking the ball at this rate.

“At first, it was a little bit odd,” Vlatko Cancar told DNVR. “But now, you know, it’s just a normal thing for Nikola.”

Through 16 games, Jokic has dunked nine times. Last season, Jokic recorded only 15 dunks across 73 games. He finished with 11 dunks in 2018-19 and just eight the year before.

Jokic’s slams this season are by no means boring either. On Christmas Day, Jokic cocked the ball back with his right hand before sending it through the rim.

He spun baseline around James Wiseman to throw down this two-handed reverse jam against the Warriors.

A pull-up on the rim? That’s now included Jokic’s dunk package too.

He’s even drew a technical foul for hanging on the rim.

Jokic currently leads the Nuggets in dunks with nine and is on pace for 40 dunks this season, 25 more than he had last year. So what’s behind his new-found desire to take flight at a career-high rate?

“I mean, he works hard. He’s in the weight room every single day,” Paul Millsap said. “We’ve got a really good staff that works with him, and he constantly gets better. It’s like every other game, he adds an inch or two to his vertical. It’s unbelievable to watch.

“It’s great to watch a guy like that, a young guy, come to the gym every single day with his hard hat on training and shooting. And even a guy that good still comes in and works every single day. Credit him for his work ethic and credit the staff for working with him to get his body right.”

Speaking to Nuggets coaches and staffers, especially ones who’ve been in Denver since Jokic’s rookie year, Millsap’s argument holds water. Jokic has made the Nuggets’ weight room at Ball Arena his second home over the last couple of seasons. When Jokic arrived in Denver in the summer of 2015, he wasn’t able to hold a plank for 30 seconds, according to a team source. Since then, he’s built himself into one of the strongest and most durable athletes in the league.

Today, Jokic is an NBA ironman and hasn’t missed a game due to injury since December 2017. In a quadruple-OT Game 4 loss to the Blazers in the 2019 Western Conference Semifinals, Jokic played 44 consecutive minutes and 65 minutes total, the most in an NBA playoff game in 66 years. After coming into last season’s training camp out of shape, Jokic said he lost 20-25 pounds throughout the year thanks to a new diet and workout plan by Nuggets head strength coach Felipe Eichenberger. He emerged as Skinny Jokic during the NBA’s hiatus last summer and led Denver to the Western Conference Finals inside the Disney World bubble.

This season, Jokic has already played 40-plus minutes in five different games. He logged 40 and 42 minutes respectively in 27 hours during Friday and Saturday’s back-to-back wins in Phoenix. Despite dropping a ton of weight over the last couple of years, Jokic has maintained his strength on the block. Last season, he averaged 1.06 points per possession on post-ups and was the second-most efficient post-up scorer in the league. Jokic still routinely backs defenders down and pins them underneath the rim on post-ups.

Over the last several years, Jokic has also taken to the postgame workout to maintain his shape and strength. Eichenberger says Jokic was the first Nuggets player to workout consistently after games and estimates Jokic has only missed one or two postgame workouts due to extenuating circumstances like a team flight over the last two seasons.

Teammates have followed Jokic’s lead. In late-2019, Jokic, Juancho Hernangomez, and Malik Beasley began working out postgame together, earning them the nickname “The Three Musketeers.”

Now, 7-8 players after every game follow the example Jokic set seasons ago and journey to the Nuggets’ weight room after Michael Malone finishes his postgame remarks.

“His diet, just the recovery he has been doing in the weight room, he’s really a phenomenal example of a leader, if I can say, captain of the team,” Cancar said. “A lot of other players, you know, started to join him.”

The Nuggets’ postgame workouts are tailored specifically to each player based on their role and how many minutes that player just logged in a game. Players that didn’t see the court much will work on conditioning. Jokic’s workouts are centered around maintaining strength and keeping him healthy, while someone like Bol Bol focuses on gaining muscle mass.

Eichenberger can’t say for sure why Jokic is dunking more this season but agrees that the shape Jokic is in and his weight room regiment has led to the increased athleticism he’s flashed.

“He’s more explosive. He’s stronger. He’s more aggressive. So I think it’s just a combination of everything,” Eichenberger told DNVR. “And just like I tell him every day, ‘What you see now, it’s what you’ve been working for over the last five years.'”

Whatever it is it’s working. Jokic is a legitimate MVP candidate one month into the season and is averaging 25.8 points, 12 rebounds and 9.6 assists per game, all of which are career-high marks. He’s hit those averages while logging 35.7 minutes per game, the 12th-most in the league, as the fulcrum of the NBA’s third-best offense.

Just three Nuggets players – Jokic, Michael Porter Jr. (who’s only played six games) and Monte Morris – have positive box plus-minus metrics this season. Yet Jokic managed to lead the Nuggets to a 9-7 record and the fifth-best record in the West through the 16 games.

The dunks, which even Jokic himself isn’t quite sure why he’s throwing down at the highest rate of his career, are just an added bonus.

“I just like the excitement the guys have on the bench when I dunk. So I dunk for them. I’m joking,” Jokic said. “Maybe it helps with my energy, just to be aggressive. Even if I miss, just to go and try it. Just to do an aggressive move maybe to wake me (up).”