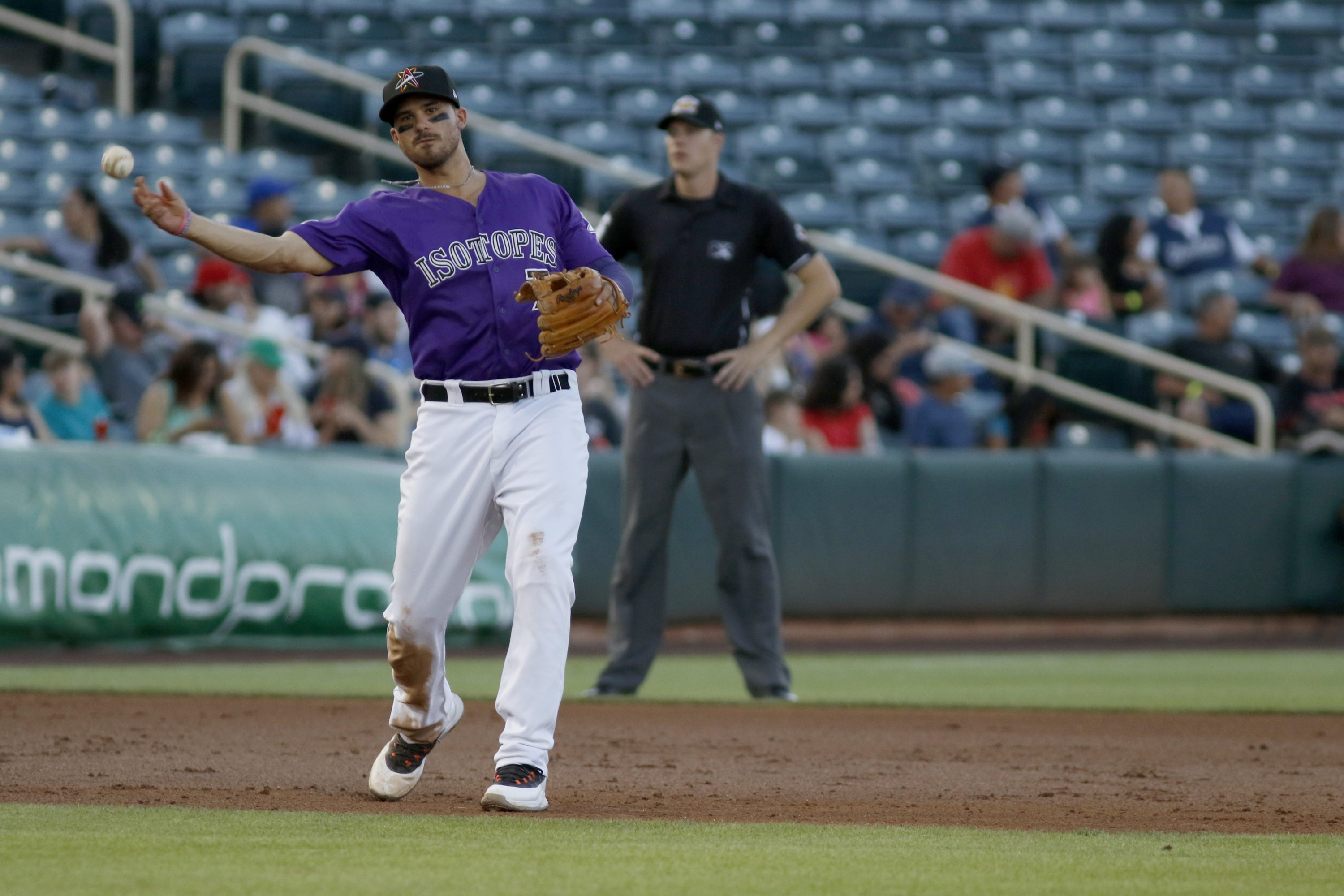 A Road Paved In Perseverance: The story of Rockies rising star Josh Fuentes

Since that day, many corresponding promotion/demotion transactions transpired, shuffling players along the Interstate-25 corridor between Denver and the Rockies Triple-A affiliate in Albuquerque, New Mexico.

Sixteen such players have been shuttled between those two rosters, leaving only three players on the 40-man yet to receive the call to Colorado. Some names of these former Isotopes are more familiar than others, but all have featured in a Rockies box score.

And yet, perhaps the best player to appear in an Albuquerque Isotopes uniform this season has rarely been mentioned in regards to a call-up by the Rockies.

A scan of the organization’s Top 30 prospect lists will not display his name. Nor will a thorough review of their draft picks or trade acquisitions.

He is often overlooked and underrated.

Even in his own family, he’s not usually the first player mentioned.

His name is Josh Fuentes.

His story is one of dedication and perseverance.

Raised in Southern California by a baseball-loving family, Fuentes played at Rancho Santa Margarita Little League as a youngster. His aspirations of playing in the majors were merely a dream as he was never deemed a supremely talented amateur like others from his area.

He stayed with baseball as a teenager at Trabuco Hills High School, who helped develop former Mustangs and future major leaguers Nick Punto and Andrew Romine on their way towards being drafted by the Phillies and Angels, respectively.

“I was never on anyone’s radar or anything like that,” says Fuentes. “I think it helped me.”

Fuentes was going to forge his own path on the belief that his abilities were good enough with or without mention of his family.

“I want to give my testimony to kids that you don’t have to do all this stuff and spend all this money,” he said. “If you can play and if you play in front of the right people, you have a shot.”

His opportunity at Saddleback College came in the form of 41 games in 2013. He led the team in games played, at-bats, hits, runs and runs batted in. His aspirations were turning into hope.