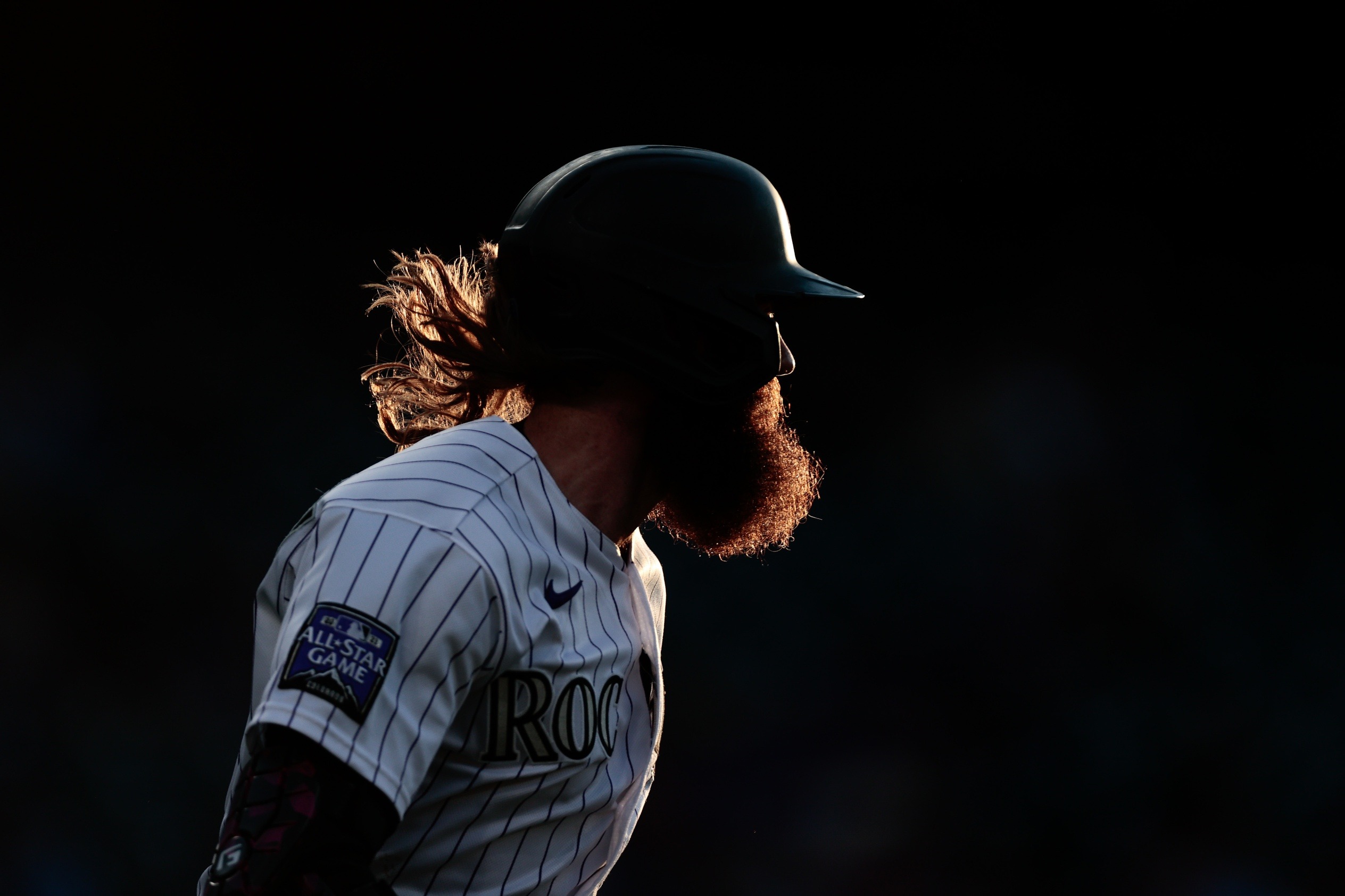 Sometimes, we take for granted the things that have always been there for us.

At some point in the future – the near future – there will come a day that you’ll have tickets to see the Colorado Rockies at home with your friends, family or significant other. You’ll walk past the statue of The Player at the corner of 20th and Blake Street before strolling through the entrance at Gate D.

Before the concourse opens up to the view of green expanse at the heart of Coors Field, you’ll glance up to peruse the starting lineup.

And you won’t see Charlie Blackmon.

For the past 11 seasons, he’s been there in some capacity.

First, it was a struggling young outfielder trying to make the big league roster.

Next came the breakout and the beard, then an All-Star Game appearance and a bigger beard.

More recently, it was consecutive postseason appearances. And now, after the loss of some marquee names on the roster and close friends in his clubhouse, Blackmon is the last star in the sky that remains from a celestial period in team history.

Charles Cobb Blackmon: here today, but we’ll have to see about tomorrow.

Since being taken in the second round of the 2008 MLB Draft, Blackmon has been the poster child for the organization over the last decade following the retirement of Todd Helton in 2013 and the trades of Troy Tulowitzki in 2015 and Nolan Arenado in 2021.

That length of tenure has been rare since the advent of free agency in 1976.

Over 20,000 players have entered into the registry as official big leaguers since 1871. Of that fraternity, less than 100 players have ever recorded 1,450 base hits with one career franchise.

A total of 41 Hall of Famers, more than half, comprise the list.

A few contemporary players are sure to get in once they make their way onto a ballot, too: Joe Mauer, Buster Posey and Molina.

There’s also Lou Whitaker and Helton as players who should already be there.

And then there’s Blackmon.

Charlie would scoff at the idea that he’s in that same class as that Cooperstown crew, but he’s still in a club with those legends. A different one. One that’s even more exclusive.

Soon, the man known as Chuck Nazty will be a name from another bygone era that we’ll reminisce about and speak of wistfully when recalling our favorite memories from that ballpark in LoDo.

Since his debut in 2011, he’s played in 1,269 games and recorded 1,450 hits. Second only to the Toddfather in both categories in Rockies’ history.

Other franchise marks are within reach during this next season and, if he does exercise his player option following the season like he’s indicated, in the 2023 campaign.

Blackmon needs two triples to pass Dexter Fowler (53) for most in franchise history. Another 14 plate appearances that result in a hit-by-pitch will give him that record, too.

Another element of his game that will be sorely missed is one that doesn’t translate to a statistic at all.

Blackmon has an uncanny ability among those of his generation to avoid double plays. His 5,336 plate appearances have ended in 53 ground-into-double-plays. Only 59 players all-time can boast about having had more PAs and less GIDPs.

Of that special group, just nine have ever hit more home runs than his 191. Somewhat coincidentally, all nine featured prominently during the 1920’s and 30’s. Excluding Hal Trosky, a player whose career was cut short due to severe migraine headaches, those men with ability to blend power with double play avoidance are all in the Hall of Fame.

Even outside of these statistical components, his ability to show up every day for fans has been unparalleled. From this perspective, we begin for further illuminate his value in a sport with nearly twice as many regular seasons games as any other.

Since getting regular playing time with Colorado in 2014, one name has been written on his team’s lineup card more than Blackmon’s.

Carlos Santana (1,155 games), aided by 184 opportunities at DH, has bested Blackmon by only 37 games. But among outfielders, no one has ran to his spot on the grass more times than he has during this period.

Since flying out to deep center field on the first pitch he saw in the Majors off Tim Stauffer on June 7, 2011, Blackmon has been a fixture in Denver a total of 578 times. He’s stepped to the plate 2,666 times, each one accompanied by his name announced over the PA system with The Outfield’s “Your Love” blaring from the speakers.

When you think of summertime, it’s Coors Field with that song and that beard.

Without fail, no matter how harsh the winter and how long the offseason, he’s been there.

As James Earl Jones says in the 1989 baseball classic Field of Dreams, the one constant through the years has been baseball.

In Colorado, that’s been Charlie Blackmon.

Even if it we have to wait longer than normal because of MLB’s lockout, the game will return and so will Chuck Nazty.