Since Major League Rugby was created the tail end of every season has mattered.

The 2022 edition of MLR is shaping up to have another exciting home stretch, and that is great news for the fans.

The San Diego Legion currently owns the third and final playoff spot in the West after a big victory over the Dallas Jackals in Round 13. The Seattle Seawolves and the Houston SaberCats are hot on their heels after the dust settled from the weekend, and if I was a gambling man (I am), I’d bet that we have not seen the last of the movement in the table.

The field is a little shorter in the East as Toronto is trying to make a push back into the playoff picture. Rugby New York has their hands on the third and final playoff spot, but it would not be a surprise to see some shuffling between the second, third, and fourth place teams as we enter the final month of the season.

Hang onto your hats because it’s going to be a fun one.

All They Do is Win

The New England Free Jacks are in the midst of a stellar season.

They have the best record in the entire competition, sit atop the Eastern Conference, and are tied with the Austin Gilgronis for most points in Major League Rugby. They very well could be the best team in the competition, and their latest win added another feather to their special 2022 season.

The Free Jacks’ recent 33-17 win over the Utah Warriors in Round 13 marked was their eighth consecutive win. That is a Major League Rugby record.

The only blemish on their record is a 19-15 loss to the defending champion LA Giltinis that occurred back on February 27.

The accomplishments keep piling up for the Free Jacks, and they still have five matches to play in 2022 not counting the playoffs.

New England’s special season could very truly turn out to be one for the books if they can carry this momentum into the postseason and add an MLR Shield to their trophy case in June.

I love this story about the Dallas Jackals’ Strength & Conditioning coach Matoko Noudehou stepping into the active roster and scoring a try against the San Diego Legion.

Talk about a Double Threat ?

Noudehou became the second coach in Major League Rugby’s 2022 season to lace up the boots when he was added to the roster before Round 11.

He’s got an interesting back story. The 27-year-old is a native of Fairfax, Virginia, and was introduced to rugby while living in Kenya in 2006. He played rugby at the University of Wisconsin from 2013 to 2017, and for West Houston RFC while teaching fifth-grade science and working as a performance coach.

He then took a job as the Assistant Strength & Conditioning coach at Vassar College before becoming the performance coach for the New York Mets in 2021.

The Jackals hired him to be their Strength & Conditioning coach in December 2021 and then inserted them into their backline in April.

This is the stuff that makes the MLR great.

When every single quarterback on the Denver Broncos roster broke COVID protocol ahead of their Week 12 game against the New Orleans Saints and wide receiver Kendall Hinton had to play quarterback, the Broncos actually tried to do something similar to what the Jackals did.

According to Adam Schefter, the Broncos wanted to sign offensive quality control coach Rob Calabrese to be their starting quarterback that week. The league prevented that from happening because it didn’t want teams to think that they were allowed to store potential players on their coaching staffs.

Unlike the NFL, player-coaches have been a thing in the MLR since its inception, and it allows for fun stories like this one to take place. Will there come a day when this isn’t allowed in the MLR anymore? Maybe. Should it happen? Probably. But let’s enjoy it right now because it’s fun and sports are supposed to be fun!

Whether it be football or rugby, I’ve always been a sucker for long runs that result in scores.

NOLA Gold’s Damian Stevens had a nice one last weekend.

One of the individual trys of the season from @nolagoldrugby 9 Damian Stevens ? pic.twitter.com/HzQpwBLBuI

You hear basketball players talk all the time about how they’ll learn later in their career that when they started sharing the ball more often, it found its way back to them and their scoring actually increased.

This play by Stevens is living proof of that. He could’ve tried to take it in himself, but he spun it over to his teammate and he was rewarded with the try as a result. 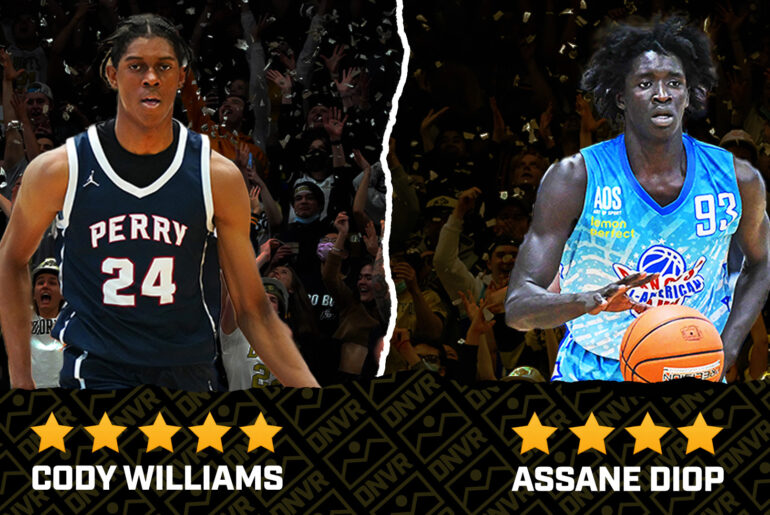